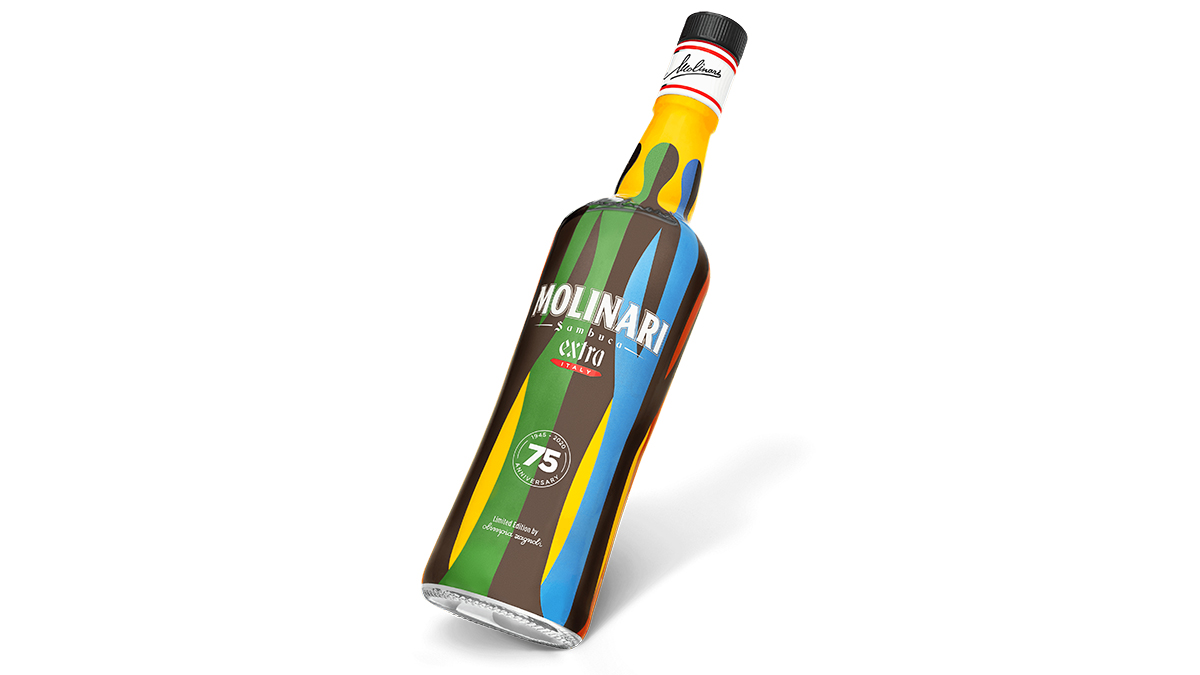 Molinari has released a limited edition Sambuca bottle to celebrate its 75th anniversary. The new vessel from the Italian liqueur maker is designed by illustrator Olimpia Zagnoli, who has previously made artwork for The New Yorker, Apple, The New York Times, Guggenheim Museum, The Guardian, and La Repubblica.

The new 75th anniversary Molinari bottle features an array of colourful silhouette figures arm in arm. According to the company, the bottle design highlights the Italian brand’s core values, including sociality and sharing.

“We wanted to celebrate this important moment for our company by entrusting our iconic bottle to Olimpia, who interpreted it with her equally iconic style,” said Anna Ballirano, Molinari marketing manager. “For us, this represents a way of commemorating our anniversary together with our consumers.”

Molinari chose Zagnoli because her illustrations have a contemporary style with retro flair and she often uses her Italian roots as inspiration.

“I drew so many people arm in arm, each with his or her own colour and story,” explained Zagnoli. “Different, but united. This is what I hope to see around me, in my city, in my country, and in the world,”

The limited edition bottle is available for purchase on Molinari’s online shop and will be distributed via large-scale retailers. The company is also offering a special gift pack featuring two glasses.

Liqueur’s popularity has been skyrocketing over the last few years. From Campari and Aperol to less well known Amari, the lower alcohol beverages have become essential to the modern cocktail game. At the 2020 International Wine & Spirits Awards, eight liqueurs received top honors.

Even iconic German liqueur brands have been jumping on the trend. We recently spoke Jagermeister Brand Meister Willy Shine about the creation of Jagermeister Cold Brew Coffee, which makes one of the world’s best pina coladas.