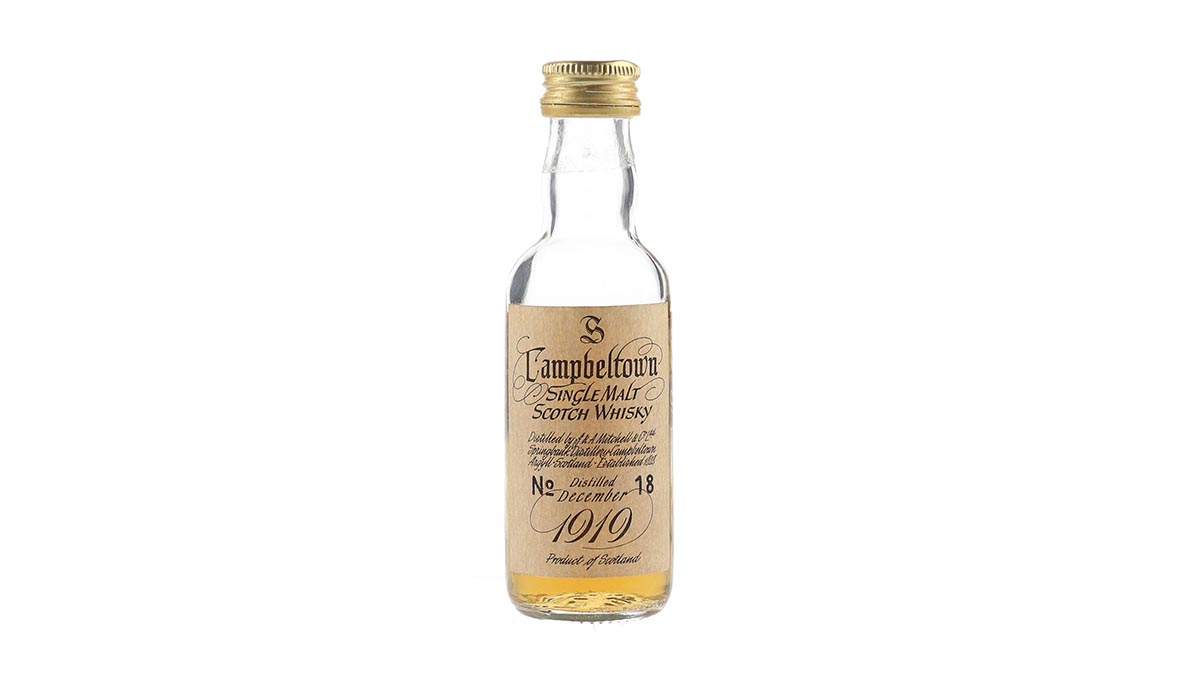 A tiny 50ml bottle of Springbank Scotch single malt whisky distilled in 1919 has sold for a record £6,440 ($8,824 USD) via online auction site Whisky.Auction, making it the most expensive miniature ever sold at auction.

Whisky collector and co-founder of online retailer The Whisky Exchange, Sukhinder Singh, sold over 400 bottles from his collection of whisky miniatures during the latest miniatures and memorabilia auction at Whisky.Auction, with the full collection reaching a tremendous £56,732.95 ($77736.28 USD) after commission.

The carefully curated selection of miniatures had been collected by Sukhinder since the 1980s. He decided to sell a large proportion of his collection to make room for future purchases, keeping just one bottle from each distillery to be displayed in a cabinet with the rest of his collection.

“I am extremely pleased that after 40 years of collecting these miniatures they have found their way into other collections around the world,” said Sukhinder. “10 miniatures from my collection reached prices of £1000 or more including the Springbank 1919 which achieved £6440, breaking the record for the highest price ever paid for a miniature. I am thrilled to see that interest in miniature collecting is at an all-time high as it’s something I fell in love with four decades ago.”

Isabel Graham-Yooll, auction director at Whisky.Auction said: “We have seen a wonderful renaissance in the appreciation of rare whisky miniatures. Bidders are willing to pay what seems like a lot of money for tiny bottles of whisky but it is the opportunity to taste a piece of history – particularly when standard 70cl or 75cl formats have become inaccessible for many enthusiasts to buy. Highly rated limited edition whiskies can seem eye wateringly expensive, but the starting bids for miniatures at Whisky.Auction is just £2 and the market for the oldest and rarest examples is more accessible than ever before.”

Whisky.Auction runs a quarterly miniatures and memorabilia auction, with the next auction due to go live on 17 October 2021.