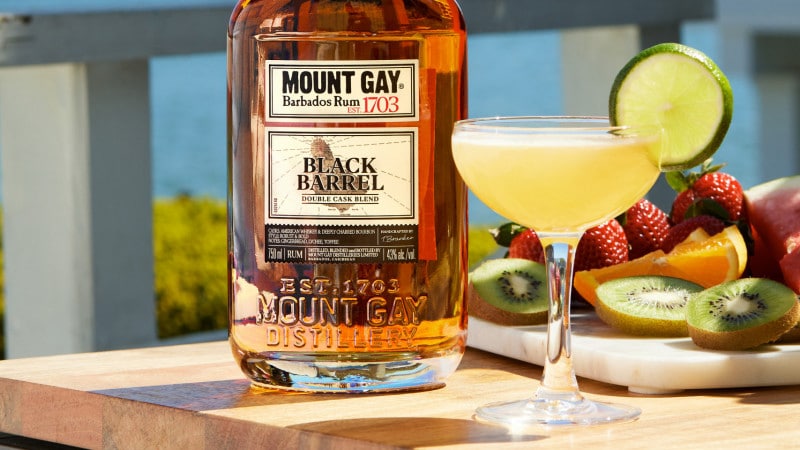 Mount Gay Rum has teamed up with Cocktail Courier to release a special National Rum Day cocktail kit. The limited edition offering features the essential ingredients to craft delicious Classic Daiquiri cocktails, along with complementary items that help honor and protect the ocean.

Each Mount Gay National Rum Day kit includes a never before published print by Karim Iliya, Marine and Ocean Conservation Photographer, that highlights the beauty of the ocean, alongside a set of reusable straws and tumblers to enjoy cocktails without additional waste. Additionally, the kit features the exclusive Mount Gay x 4ocean red bracelet made from 100% post-consumer recycled materials – each bracelet represents one pound of trash removed from the ocean. Mount Gay and 4ocean began releasing the exclusive red bracelets this months, and each features a one-of-a-kind trident charm, which will support the Pound+ Program.

In June, Mount Gay announced a new partnership with 4ocean to support them in their mission to help end the ocean plastic crisis. Through this partnership, Mount Gay is committing to help protect and sustain this invaluable asset.

In October 2020, Mount Gay unveiled the Master Blender Collection: The Port Cask Expression. The third limited-edition rum in the exclusive series celebrates the world’s oldest running rum distillery. It is the first time in history the brand has incorporated the use of Tawny Port casks.