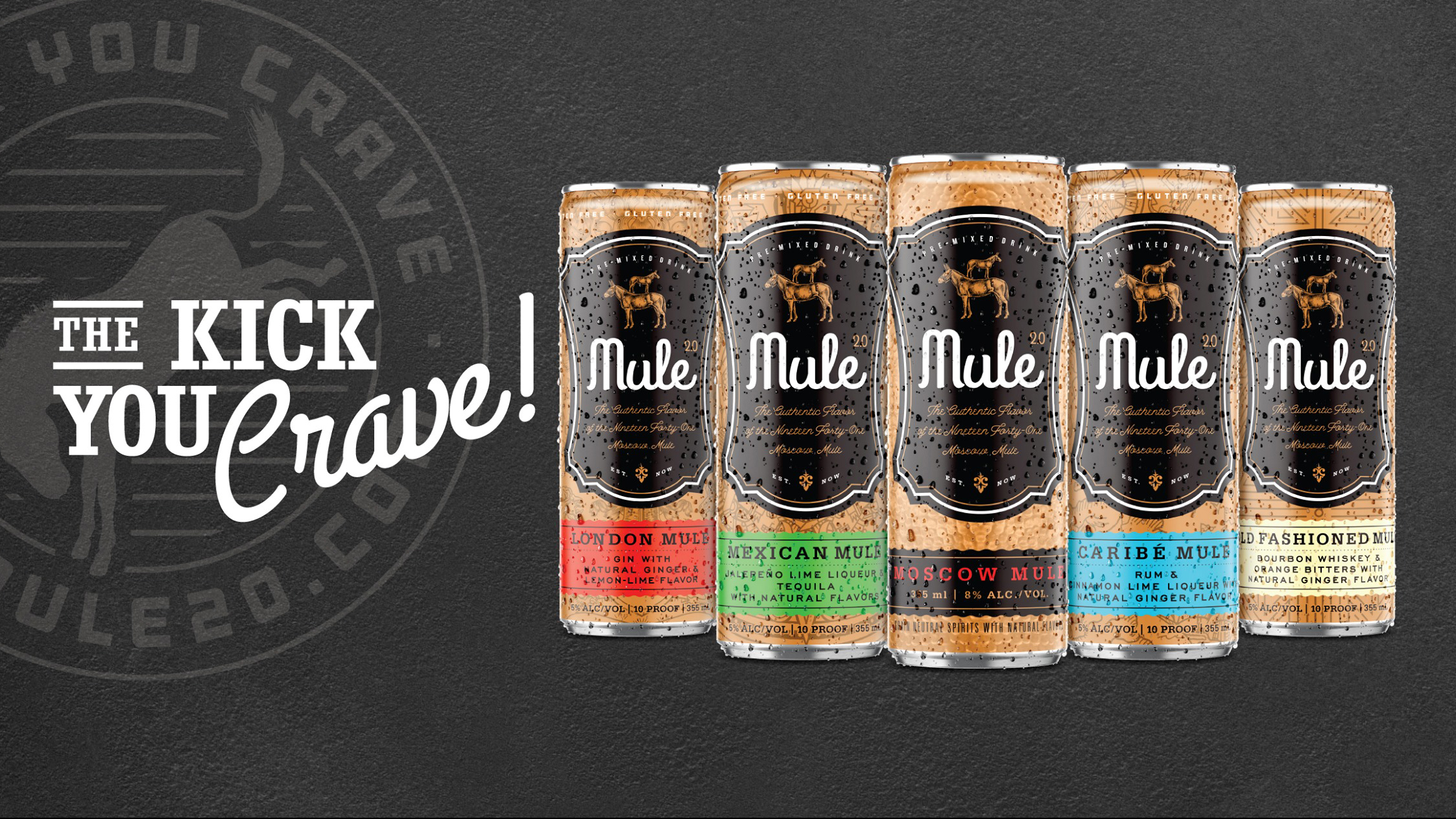 Mule 2.0 has announced it is launching four new canned cocktails: London Mule, Mexican Mule, Caribe’ Mule, and Old Fashioned Mule. The new offering from the women-owned and run brand are all made with real spirits and 5% ABV.

The Mule 2.0 London Mule was created to appeal to the Gin drinker, the Mexican Mule for the Tequila drinker, the Caribe’ Mule to the Rum drinker, and an Old Fashioned Mule that appeals to the Whiskey drinker.

Lisa Marlow, CEO and Founder of Mule 2.0, is a geologist by profession who became obsessed with Moscow Mules, but frustrated at the inconsistency of preparation. She created Mule 2.0 Moscow Mule so people could enjoy the consistent flavor of the authentic Moscow Mule every time. Lisa is excited to bring these new flavors to Mule 2.0’s loyal fans, saying, “Our fans think we nailed the flavor of the original Moscow Mule, so we are excited for them to try these new cocktails that are also made with real spirits.”

The new lineup of Mule 2.0 canned cocktails is set to hit shelves in early January 2021.

Earlier this week, Truly Hard Seltzer launched Truly Iced Tea Hard Seltzer. The new offering from the hard seltzer brand is a “first-of-its-kind” mix of hard seltzer, brewed tea, and fruit flavor. The Iced Tea Hard Seltzer Variety Pack offers four styles — Lemon, Raspberry, Peach, and Strawberry. Each flavor delivers a hint of fruit and the “refreshment of real brewed iced tea with only one gram of sugar, 100 calories and 5% ABV,” a staple across the Truly lineup.

In December, Travis Scott officially announced his latest project as a founder and creator of CACTI Agave Spiked Seltzer, a venture with Anheuser-Busch. The new endeavor is an extension of personal brand which will bring his signature aesthetic and creative narrative to life in the beverage space. Scott, a Tequila fan, was inspired by the flavors of tequila and the light and refreshing taste of seltzer when creating CACTI Agave Spiked Seltzer, which is set to hit shelves in Spring 2021.