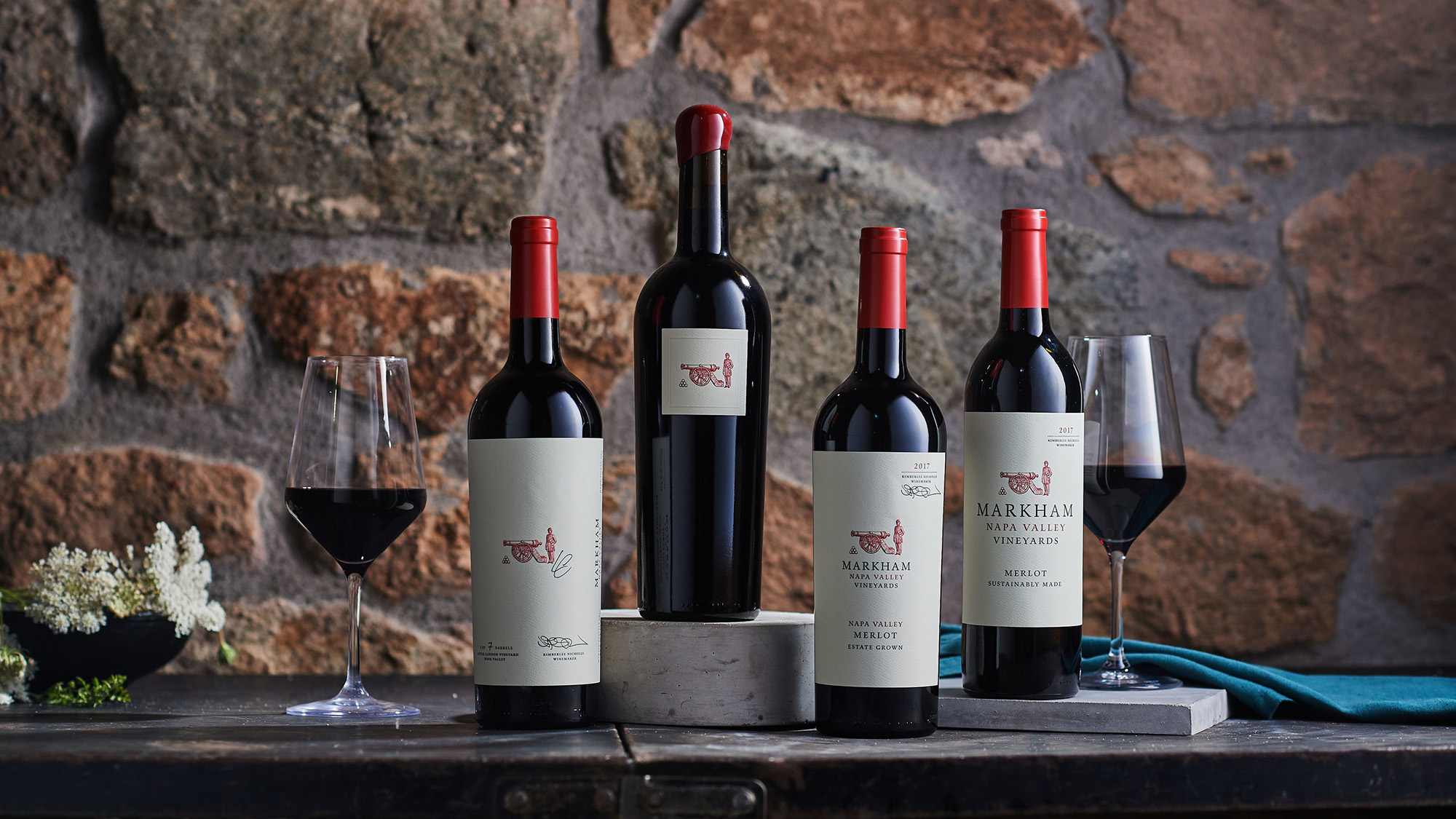 Napa’s Markham Vineyards was one of the first four producers of Merlot in Napa Valley and has been turning out award-winning bottles of the varietal for more than 40 years. Ahead of October’s National Merlot Month, Markham reached out to survey 200+ casual wine drinkers nationwide. While wine experts have been touting the Merlot trend surge in recent years, mainstream consumers are getting on the bandwagon.

In their recent consumer survey, Merlot ranked at the same level of popularity as Pinot Noir, and ahead of Syrah and Malbec. Furthermore, 45% of those polled said they were more inclined to try Merlot in the light of the current renaissance.

“This is the perfect time of year to put Merlots at the forefront to the wine rotation and food pairings.” said Markham’s winemaker Kimberlee Nicholls. “Merlot is widely considered one of the most approachable varietals which makes it pair well with food or on its own.”

Markham takes a tiered approach to their Merlots, starting with the Napa Valley Merlot, to their District Series, to their Marked Parcel, and culminating with The Character.

Starting with the 2018 Napa Valley Merlot ($29), this wine just earned a high score of 91 points by Wine Spectator (black raspberry and plum notes which are enhanced by graham cracker, caramel and tootsie roll aromas from the oak aging). Next, 2017 The Altruist ($29) undergoes 15 months of French & American oak aging for its notes of cherry and plum jam, which are layered with aromas of cola, vanilla and toast.

With Markham’s Marked Parcels Series, Kimberlee Nicholls looks for the best examples of varietal and vintage, hand-marking the parcels to be reserved for limited vineyard-designate bottling. Markham’s 2018 Hopper House Merlot ($65) is crafted from a single parcel on their Yountville estate ranch (evokes melted milk chocolate and brambly, blackberry aromas).

At the top, is the 2017 The Character ‘Right Bank’ Bordeaux Blend ($130), which represents the epitome of Napa Valley history, the best of Markham’s estate vineyards and an unwavering passion for Merlot. The Character was ten years in the making, comprised of five Bordeaux varietals, and 100% estate grown. The wax sealed bottle comes in a wooden display box.

“Winemaking is a serious and scientific art that spans years from fruit, to bottle, to cork pop. Wine tasting, however, is a different story,” adds Nicholls.  “At Markham we believe that savoring and enjoying wine experience is the ultimate end game. Whether you are pairing our Merlot with a roasted pork loin or a juicy take-out burger, if your palate is pleased, we are happy.”

A new Merlot-focused tasting flight is now being offered at the Markham tasting room through the end of October. For a virtual tasting, catch Kimberlee Nicholls with The Wine Bible author Karen MacNeil and other leading female winemakers for “Merlot Rising” – Thursday October 21, 5:00pm PST.

For more information, head over to Markham’s official website.