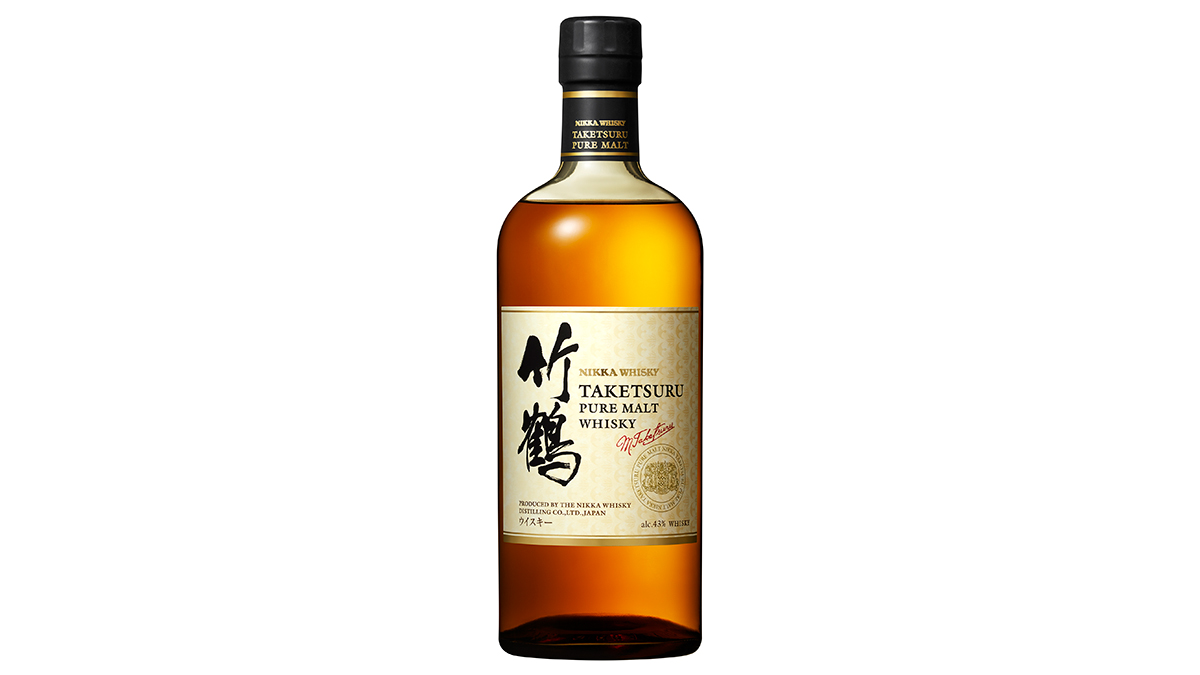 Nikka Taketsuru Pure Malt has arrived in the United States. The Japanese Whisky is being imported by San Francisco’s Hotaling & Co.

Nikka Taketsuru Pure Malt is “a refined blend” that comes from Whiskies made in the Japanese company’s two distilleries — the Yoichi Distillery on the island of Hokkaido, and Miyagikyo Distillery on the island of Honshu in the foothills of the Miyagi prefecture. Named after the company’s founder, Masataka Taketsuru, this blended expression is made of  100% malt whiskies. According to the brand, the influence of Miyagikyo’s ex-Sherry casks remains as the key profile, but the enhanced presence of Yoichi’s malt characteristics helps to further enrich the mouthfeel and smokiness, “providing even greater depth and balance to the resulting blend,” and “acting as a bridge to balance the malts.”

“The refined Taketsuru Pure Malt is an exciting evolution of our founder’s namesake blend,” said Emiko Kaji, Nikka Whisky international business development manager. “We have refined the formula and design to represent both sides of Masataka’s personality, being a disciplined craftsman and a person of curiosity and open-mindedness.

“We hope this expression will be enjoyed by connoisseurs and storytellers seeking high quality whiskies with rich stories behind.”

The Whisky has been outfitted with a new packaging design for its U.S. entrance. The design is said to represent both sides of Nikka’s founder, inheriting the serious and traditional elements from the previous design, while also incorporating the modern and playful said of Masataka Taketsuru. The label features playful patterns of bamboo leaves and cranes.

Bottled at  43% ABV, Nikka Taketsuru Pure Malt Whisky is currently on sale and priced at around $75.