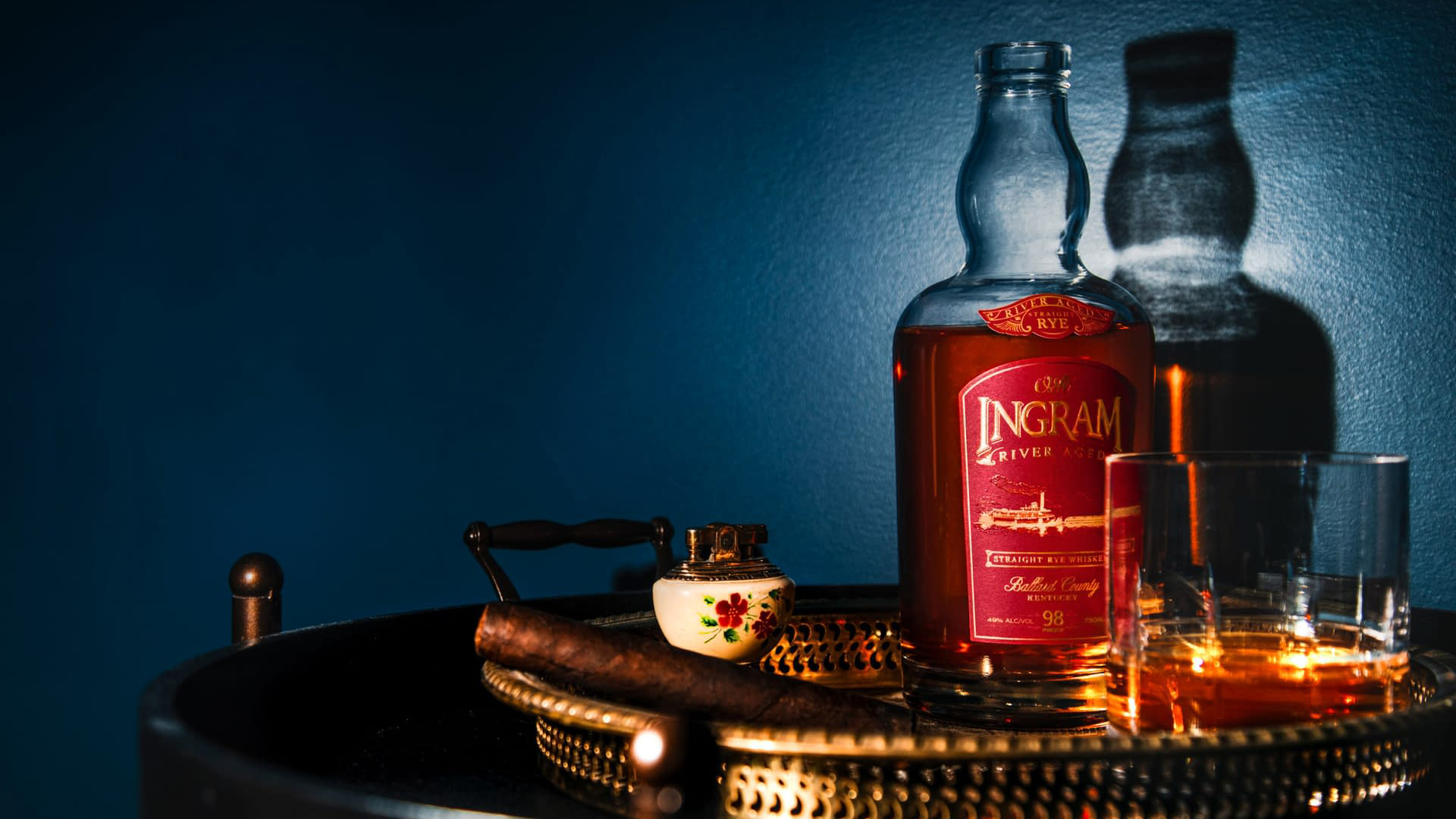 O.H. Ingram River Aged Whiskey has released a Straight Rye Whiskey. The new spirit from the Kentucky distillery follows in the footsteps of the Straight Whiskey that was released earlier this year.

O.H. Ingram River Aged Straight Rye features a higher corn mashbill than the previous release, and is one of the only Whiskeys to be “aged inside a first-of-its-kind floating rick house moored on the riverbank in Ballard County, Kentucky. Here, it’s exposed to the climate of the Mighty Mississippi River and its rise and fall. These factors combine to provoke a unique interaction between wood and spirit that isn’t possible inside a traditional rick house.

“The constant motion of the river ensures that the whiskey never stops working, creating an extraordinary spirit with a taste mature beyond its years.”

“The response to O.H. Ingram River Aged so far has been beyond what I could’ve possibly imagined,” said proprietor Hank Ingram. “Since our Straight Whiskey hit shelves in October, whiskey lovers have been able to experience the taste created by our unique aging process, and our Straight Rye will only deepen their connection to the Ingram River Aged Series.

“Bourbon first became popular in America because it came down the river to New Orleans where it gained popularity and distribution. The goal of our process was to put the river back into American whiskey and see what effect it would have on the whiskey. Even in the midst of the pandemic, we’ve found that people are always ready for a good story and a good drink. With O.H. Ingram River Aged, we offer both.”

On the nose, there are floral, subtle notes of caramel. The palate offers vanilla, graham cracker, cinnamon, and hints of hay and nutmeg. The finish is soft and buttery with flavors of butterscotch, bubblegum, raspberry preserves, and hints of tobacco