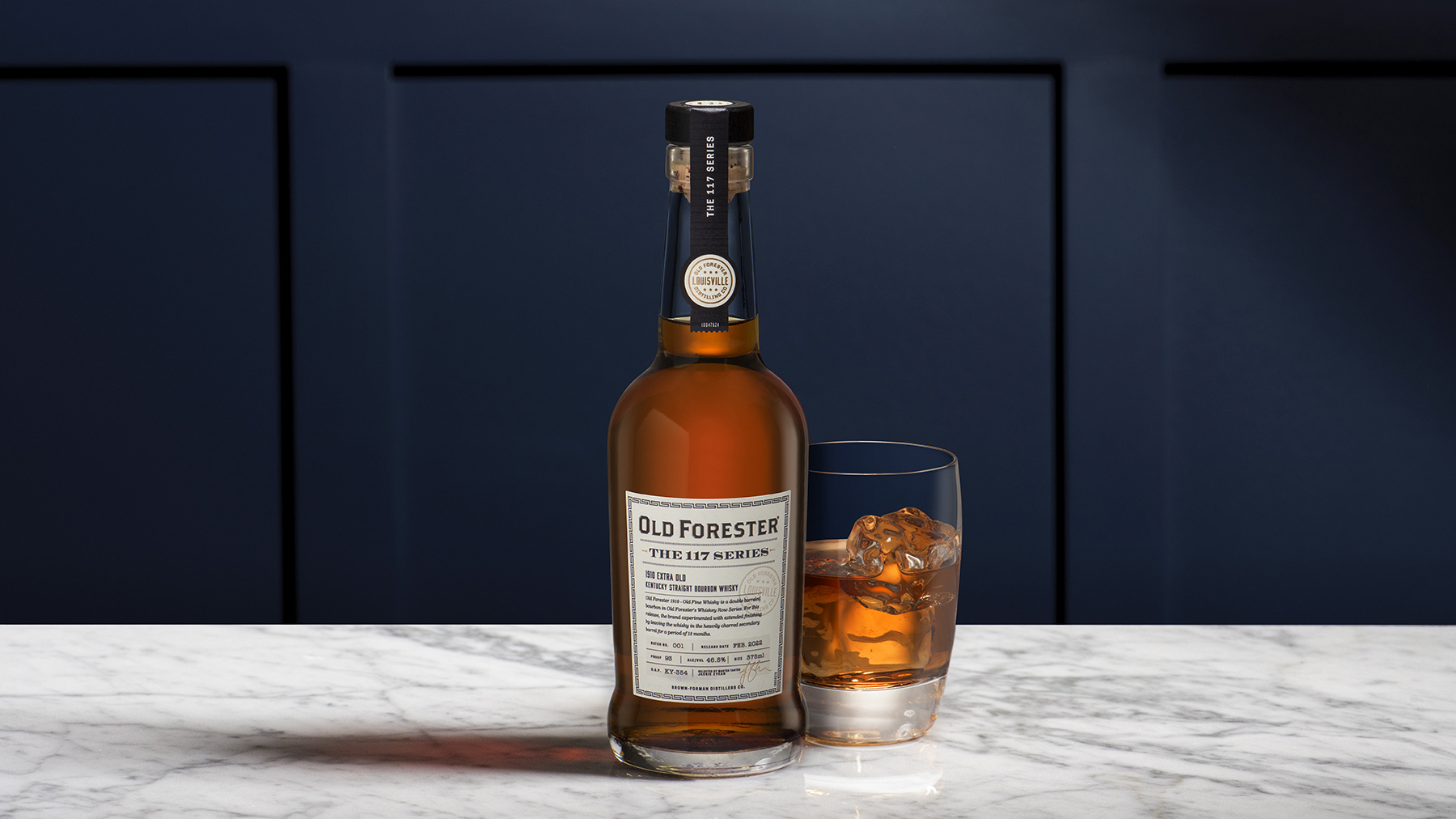 Old Forester has announced the release of the third installment of The 117 Series – 1910 Extra Old. Debuting in Spring 2021, The 117 Series began with High Angels’ Share whiskey, before launching Warehouse K bourbon last August.

The limited-edition expression is Old Forester’s standard 1910 Old Fine Whisky that has been left to age 18 months in a secondary barrel. The result is a bourbon with intense caramel notes.

“This release in The 117 Series is a curious exploration into the intensity of the proprietary heavily charred 1910 barrel,” Master Taster Jackie Zykan said. “This liquid was allowed to rest for 18 months in this secondary barrel, extracting significantly more of the heavily charred influence.”

1910 is a beloved Old Forester expression that commemorates an important moment in Old Forester history. On October 22, 1910, a fire on the bottling line halted the production of Old Forester. Mature whiskey ready to be bottled was instead stored in a second barrel. What emerged was a delightful whisky, remarkable enough to become an entirely new expression – Old Fine Whisky.

On the nose, Old Forester 1910 Extra Old showcases notes of dark brown sugar, sugared pecan. and rich chocolate. The palate brings with it a medium-bodied expression with a depth of warmth that swiftly transitions from sweet notes of intense caramel to the spice of dried tobacco. The finish is gently rounded out with notes of green apple and raw walnut.

Old Forester 1910 Extra Old is bottled at 93 proof (46.5% ABV) and will be available starting February 23rd at the retail shop at Old Forester Distilling Co. and in select states for direct-to-consumer sales for $49.99 in limited quantities — and at select Kentucky stores.

For more information, head over to Old Forester’s official website.