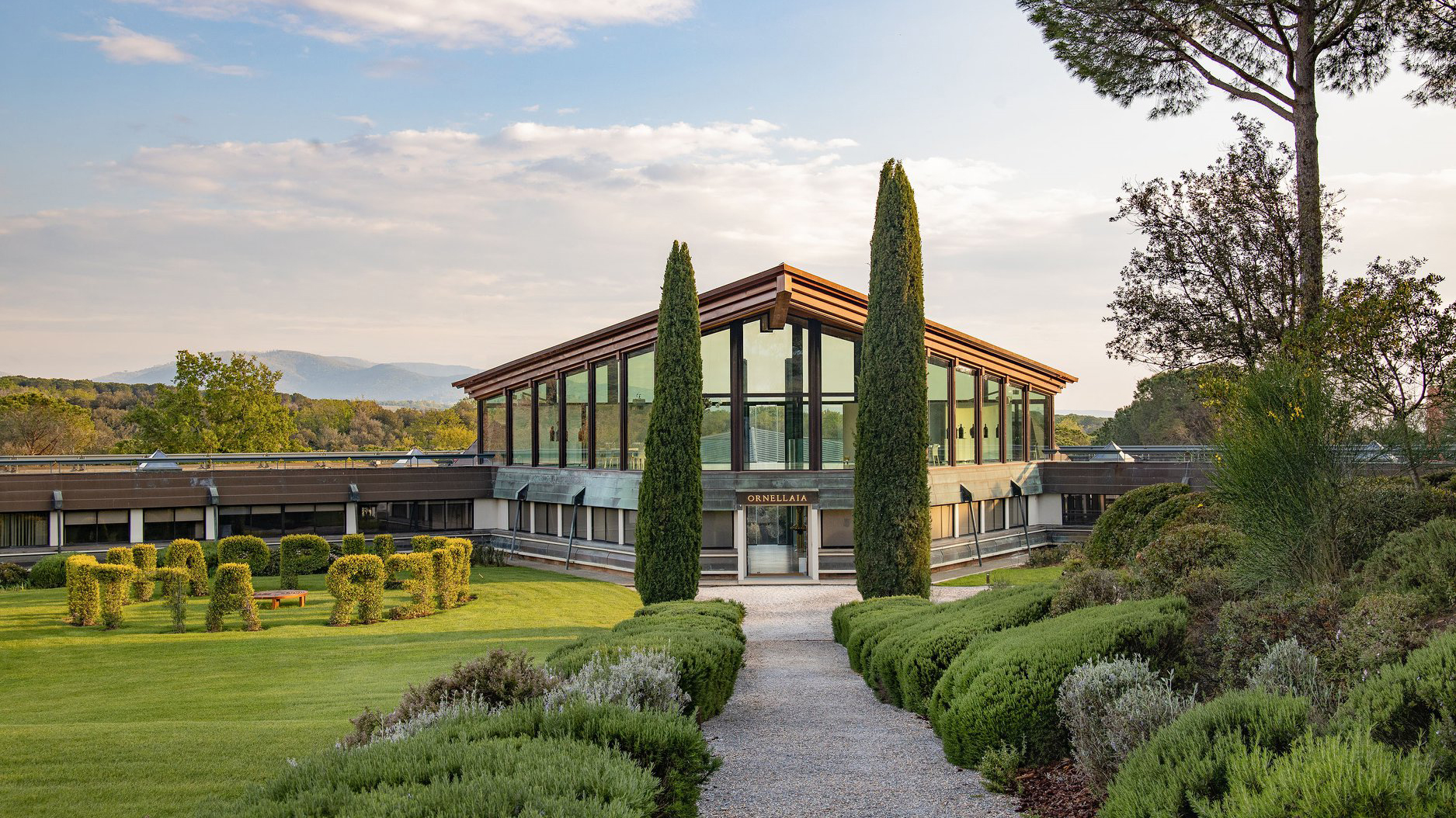 Le Serre Nuove di Ornellaia is a blend of merlot, cabernet sauvignon, cabernet franc, and petit verdot. Poggio alle Gazze dell’Ornellaia, meanwhile, is predominantly Sauvignon Blanc with a touch of Vermentino and Verdicchio, which grow in small parcels along the Tuscan coast.

Characterized by cool spells and prolonged hot, dry stretches, the 2019 vintage is described as “generous and enjoyable.” The 2019 harvest for Poggio alle Gazze dell’Ornellaia started with the Sauvignon Blanc on August 19 and extended into the first few days in September, while the later ripening varietals, Vermentino and Verdicchio, arrived in the cellar in mid-September. For Le Serre Nuove dell’Ornellaia, the harvest began with the Merlot on September 5 before continuing with the Cabernets and Petit Verdot until the first week in October.

“Both wines are representing very well the characteristics of the vintage,” explains winemaker Olga Fusari. “In Le Serre Nuove dell’Ornellaia, the attention paid to every stage in the winemaking process enabled us to maximize the aromatic potential of the grapes, resulting in a smooth and silky wine with elegant tannins and a lengthy, savory finish. In Poggio alle Gazze dell’Ornellaia, the extended harvest times also proved favorable to the aromatic expression of the wine, which we find in the intense notes of citrus and exotic fruit accompanied by the scent of freshly mowed grass and asparagus.”

At Ornellaia, every variety and parcel is vinified separately and all the grapes, which are picked by hand, pass through a manual selection and then an optical selection process.

“Le Serre Nuove dell’Ornellaia is a complex wine with a typical Bolgheri identity, elegance and considerable aging potential. Poggio alle Gazze dell’Ornellaia, on the other hand, owes its elegant Mediterranean style to the unique microclimate that we have here at Ornellaia,” comments Axel Heinz, Estate Director. “This authentic gift of nature enables us to produce a wine that vaunts a sumptuous body with ripe, fruity notes in a fine style, which is the hallmark of Ornellaia.”

For more information, head over to Ornellaia’s official website.

The Bolgheri appellation, located along the Tuscan coast just to the south of Livorno, has recently grown into one of the region’s more prestigious districts. From Tenuta San Guido and Grattamacco to Ornellaia and Le Macchiole, estates across the district have been making cabernet sauvignon the talk of Tuscany, even if sangiovese remains the region’s top grape.