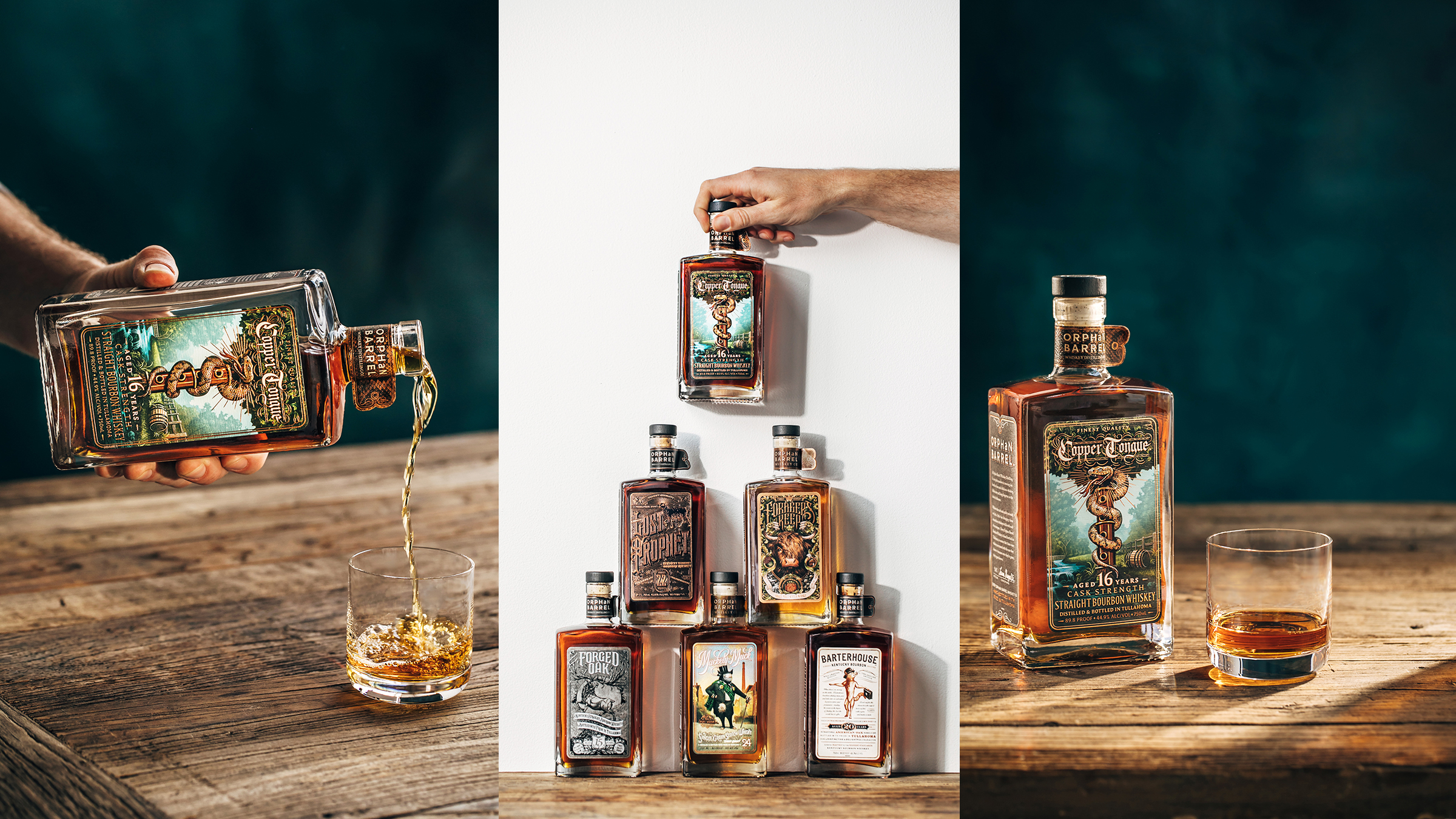 Nestled in a valley with a spring-fed creek in an area known for its population of copperhead snakes, the stocks for Orphan Barrel Copper Tongue were discovered by Nicole Austin in Cascade Hollow Distilling Co.’s single story rickhouses. These rickhouses draw inspiration from traditional Scottish barrel storage and are a rather unique feature in the U.S. that helped impart a unique character onto the liquid. Tullahoma, however, is also a part of each whisky produced at Cascade Hollow Distilling Co. From using the Cascade Spring water that runs through ancient limestone to the distillery working with local farmers, Copper Tongue is distinctly inspired by American traditions.

“Since joining the team at Cascade Hollow Distilling Co., I’ve loved getting to explore all the incredible whiskies produced at the distillery. In that process, I’ve been excited to have found such an amazing whiskey to give a home to,” said Austin. “Orphan Barrel Copper Tongue brings together traditions from both American and Scotch whiskeys, and the result is a sophisticated straight bourbon that’s surprisingly delicate. With this release, I can’t wait to share this rare whiskey with the world and showcase a bit of the magic that can comes from Cascade Hollow.”

This 16-year-old bourbon boasts an approachable and mellow profile balanced by juicy bursts of candied orange and hints of cedar. At 89.8 proof (44.9% ABV), bourbon fans can best enjoy Orphan Barrel Copper Tongue neat or thoughtfully garnished with a slice of pear.

Orphan Barrel Copper Tongue is a highly limited release, and as past variants have been highly sought after, whiskey aficionados and collectors will want to get a hold of it when they see it. Beginning this June, the new variant will begin rolling out in select markets across the nation for the price of $100 per bottle.

For more information on Orphan Barrel, head over to its official website.