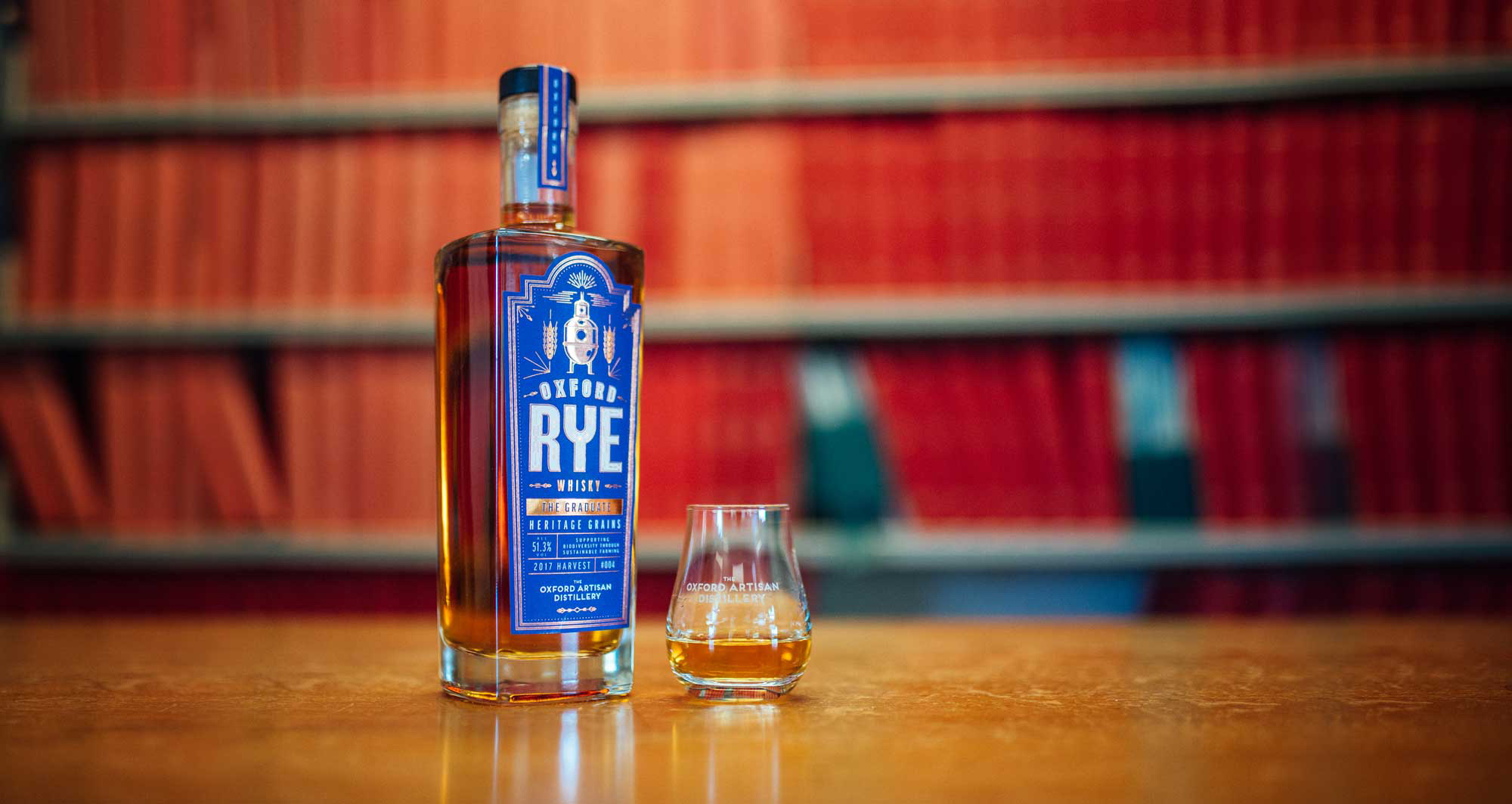 The Oxford Artisan Distillery has announced the release of The Graduate, the fourth batch of Oxford Rye Whisky. The new offering is the English whisky maker’s largest bottling run to date.

Officially launching at this year’s The Whisky Show, where the distillery are exhibiting for the first time, Oxford Rye Whisky Batch #4 has been bottled at the highest proof so far at 51.3% ABV and consists of 1,428 bottles. Harvested in 2017, the grain for this release was grown in soft sandy soils just 7 miles from the distillery.

The distillery’s grain contributes to soil health in the English countryside, and are grown specifically for the distillery, making The Oxford Artisan Distillery the only distillery in the world with a license to use these heritage grains.

Consisting of six casks, (numbers 25, 27, 28, 31, 33 and 36), this batch has been matured in a variety of American oak casks, from several cooperages. The range of barrels, from different origins (and climates) to varying toast levels and sizes (both 130L and 225L), all aid the complexity of the final product.

Batch #4 is a bright, spicy and herbal whisky. On the nose, it offers aromas of refreshing spices, aniseed, pepper and old leathe, a hint of flowers and mint, blackened banana and Bramley apple with candied ginger cake, yum yums, and toasted almonds. The palate delivers hints of blackcurrant, salt, banana, creamy custard, dark-chocolate, chilli, black pepper, and liquorice. The finish is creamy, silky, peppery and minty with hints of espresso and a lingering toasted sourdough smokiness.

“For those who enjoyed our first whisky release, this is The Graduate. Similar in style but with older, bigger and bolder flavours and an acquired complexity,” said Master Distiller Francisco Rosa.

“The grains bring herbal, floral, spicy and nutty notes, and the sandy soils they were grown in add a salty influence to the grain character,” added Francisco. “The fermentation in Hungarian oak vats brings fruit and boosts the lovely creamy notes. Our bespoke stills give espresso and toasted sourdough smokiness, and finally, it is the interaction with the casks, marrying all these flavour notes together, also adding sweetness, vanilla and toffee.”

Oxford Rye Whisky Batch #4 is priced at £95 and was launched at The Whisky Show on October 1. It is now available to purchase from specialist retailers, including Master of Malt, Hedonism, The Whisky Exchange, The Whisky Shop and the distillery’s website.

Back in August, The Oxford Artisan Distillery released Batch #3 of its rye whisky.