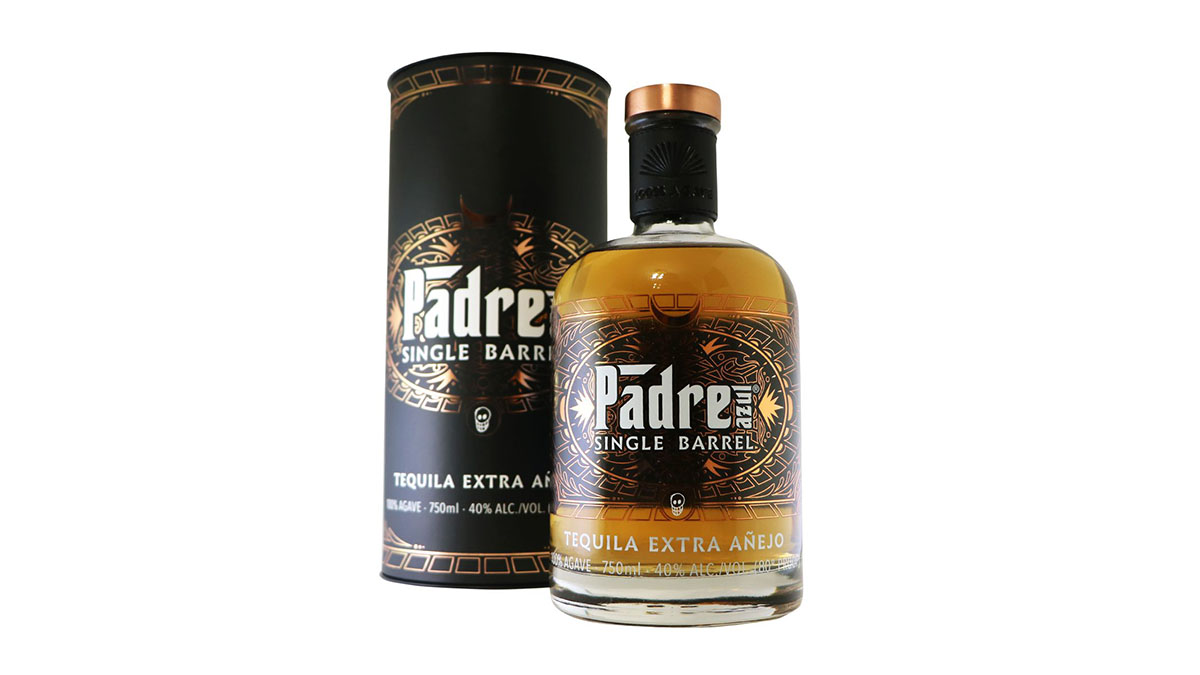 Padre Azul has unveiled its first Single Barrel Tequila, and extra anejo aged in ex-Bourbon casks. The new offering from the Austria-based brand will launch across the United States and Europe, and will be limited to just 240 bottles in its first batch.

Padre Azul Single Barrel Tequila is aged for four years in ex-Bourbon casks. It is described as smooth and complex, with notes of cooked agave, peaches and apricots. There is a slight hint of cinnamon and delicate undertones of caramel, chocolate, and vanilla.

Bottled at 40% ABV, the Tequila is packaged in a custom bottled designed by Austrian designer and artist Andreas Palfinger and Hungarian designer and graffiti artist Balazs Pusztai. All design elements are interwoven into a graphic language based on Papel Picado, a traditional Mexican craft, representing soulfulness and love towards family and friends. On the Day of the Dead Papel Picado is used as a decoration for the Ofrendas, the traditional altars filled with offerings for lost family members, representing the element Air. When it starts fluttering in the wind, the family will know that the souls of their loved ones have arrived to celebrate with them.

“The launch of our new single barrel Tequila is the final step of this project, which we started about five years ago,” said Erika Sangeado, master distiller at Padre Azul. “Our Single Barrel Extra Añejo is limited to 240 bottles per barrel. We use oak Bourbon barrels, which we carefully select by hand. Each barrel has its own story and adds its individual character to the Tequila, therefore no two batches are alike.”