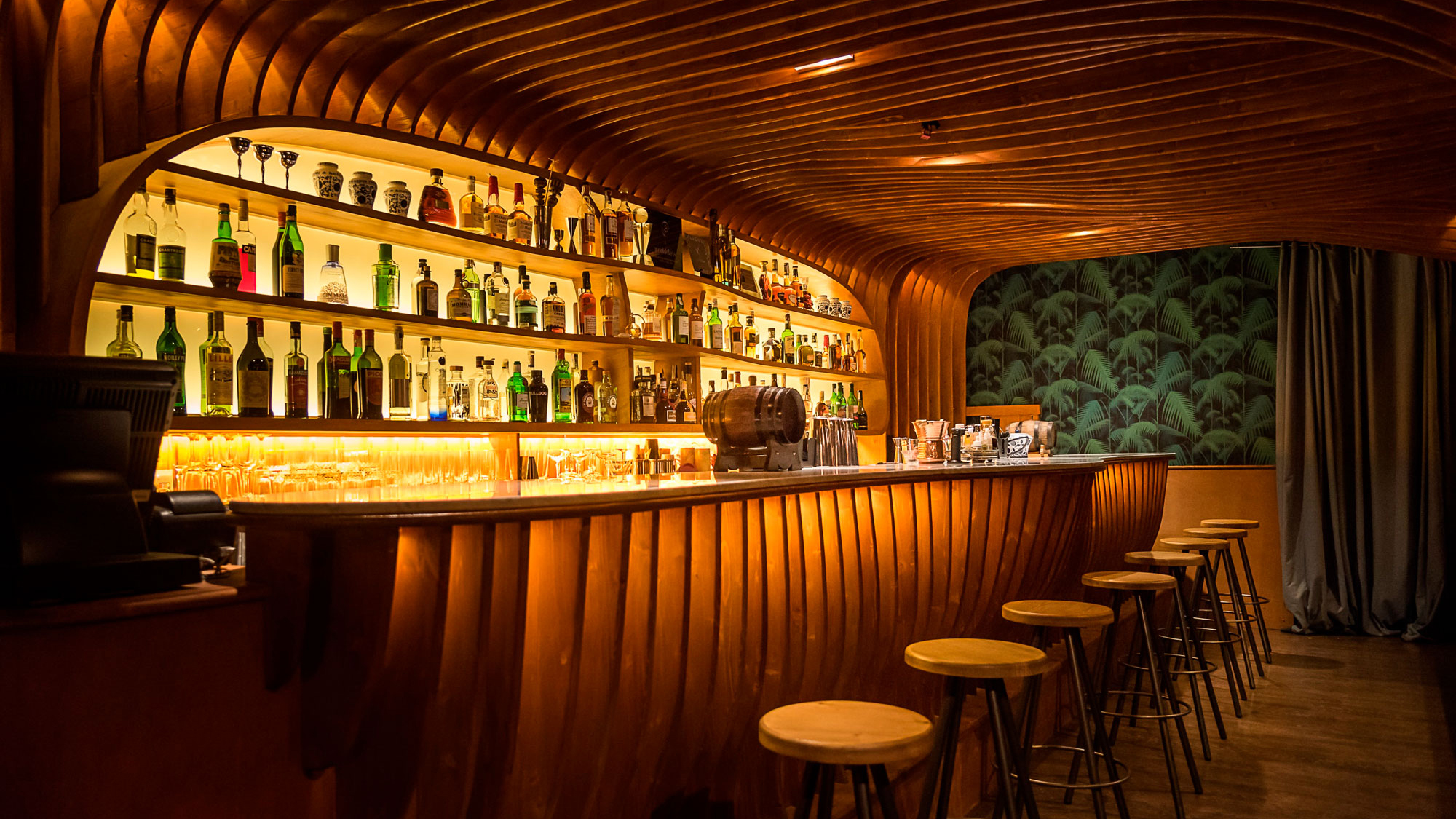 If you arrive at Paradiso after 10 p.m., you will find a line. This may seem odd to those just looking for a good cocktail… How good could a drink really be? But Paradiso is much more than your everyday cocktail bar. It is a show. It is spectacle. And night after night they deliver intrigue via concoctions that play with our expectations of what a beverage should be.

The atmosphere inside Paradiso is almost like a Havana club. Lush plant life and neon lights fill the otherwise dark space. Instead of dancers, it’s bartenders who are centerstage, and they deliver some of the most spectacular drinks that can be found anywhere.

From the tobacco smoke-filled Great Gatsby to a Gin cocktail that is served in a glass shaped like a cluster of grapes, Paradiso uses presentation to redefine exceptions in every drink they deliver to visitors. They pump smoke into one beverage, another floats in a parachute, while another is delivered on fire in a briefcase.

There is as much thought that goes into presentation here as it does the beverage, but that doesn’t mean flavors play second fiddle. The drinks are thoughtfully crafted and, clearly, what’s in the glass comes first. It is the knowledge of flavors within and the plays that the bar makes on visitors’ expectations when they order up a gin, tequila, rum, or whatever based cocktail that makes Paradiso come up time and again on lists of Barcelona’s best bars, as well as the world’s.

Paradiso may present some of the finest spectacles within the cocktail industry, but it is the quality of the concoctions that make it stand out. Add on top an atmosphere filled with happy and creatively minded staff and gaggles of jaw-dropped visitors, and it’s no surprise why Paradiso continues to be considered one of the finest drinking establishments on the planet.