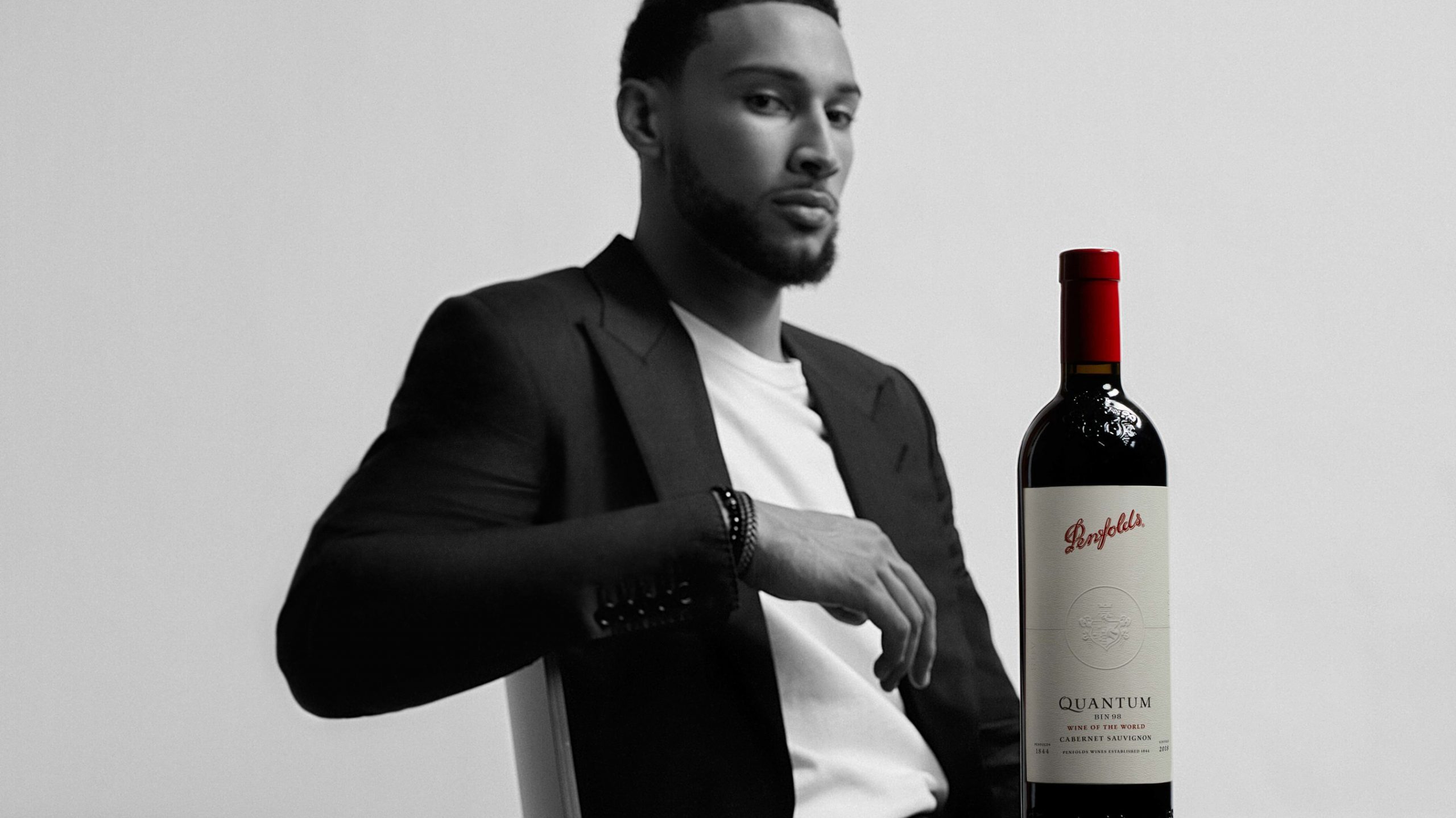 To support the launch of the inaugural Penfolds California Collection, the esteemed Australian winery has partnered with Australian-born NBA star Ben Simmons.

A lover and collector of premium Australian wines, Simmons has joined forces with Penfolds to launch the new California Collection, led by the 100-point 2018 Quantum Bin 98 Cabernet Sauvignon – a wine that combines Napa Valley cabernet fruit with a significant addition of prized South Australian shiraz. Over the coming weeks, a digital and social campaign featuring Ben Simmons and Penfolds California Collection will appear across North America.

“What an amazing opportunity to partner with such an iconic Australian brand. As a younger wine consumer, I am looking forward to being able to grow and learn with the Penfolds family, and to take my family, friends and fans along for the journey,” said Simmons. “I identify so much with what Penfolds represents; always pushing the boundaries and constantly striving for excellence. I am looking forward to some great times ahead.”

Recently named one of Forbes 30 under 30, Simmons goes beyond the status quo to strive to be the best. Most recently, he was named NBA All-Star for the third year in a row and is a key player in maintaining the 76ers no.1 spot in the NBA Eastern Conference. Throughout his career, Simmons has used his success and influence as a force for good through countless philanthropic efforts, including the Ben Simmons Family Foundation, the Philly Pledge, and DoMore Project – where he leads calls to action by example, forming a positive impact on his community across the globe from Australia to the US.

“Ben is a remarkable athlete who inspires greatness both on and off the court,” said Penfolds Global Marketing Director, Kristy Keyte. “At Penfolds we believe it takes an uncompromising commitment to quality and experimentation to create extraordinary. Since the beginning of his career, Ben has continued to push boundaries and overcome any obstacles in his way. It’s this constant dedication and self-belief that we admire, and we are thrilled to welcome him to the Penfolds family.”

Penfolds continues to push its own boundaries with the inaugural Californian Collection of wines, an endeavor more than twenty-years in the making. “Just as Simmons was born in Australia but traveled the globe to achieve his ambitious goals, Penfolds newest collection of wines is unrestricted by vine, border, or continent,” says the brand.