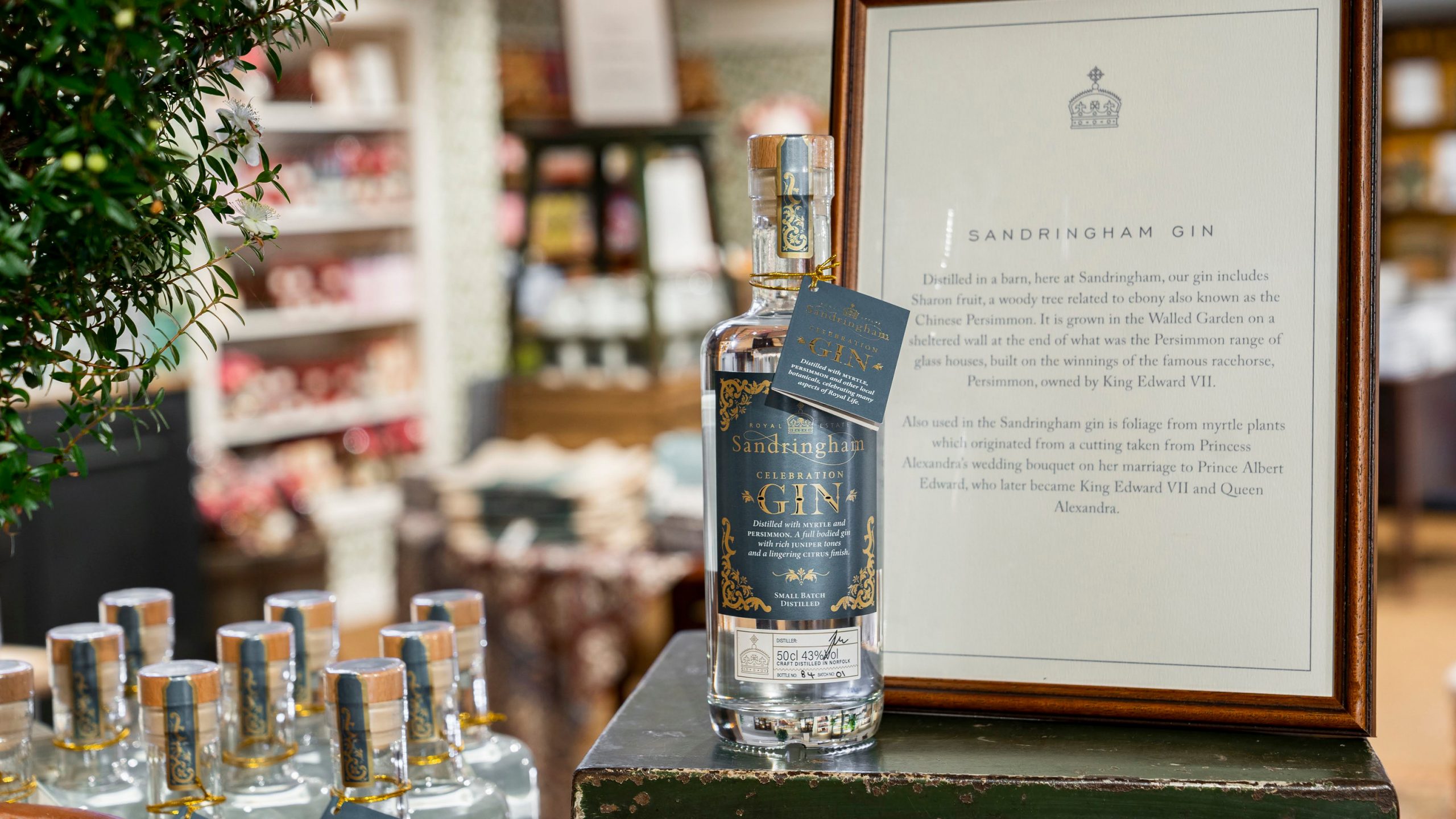 Queen Elizabeth II has released Sandringham Celebration Gin, made with botanicals grown on her private estate. The new offering is the third Gin released by the Royal family this year.

Distilled on the estate in north Norfolk by Whatahoot, Sandringham Celebration Gin features Sharon fruit, a woody tree related to ebony, also known as the Chinese Persimmon, and foliage from myrtle plants. The Sharon Fruit is grown in the Walled Garden on a sheltered wall at the end of what was a range of glass houses, built on the winnings of the famous racehorse, Persimmon, owned by King Edward VII. The foliage from myrtle plants also grown on the Estate, originated from a cutting taken from Princess Alexandra’s wedding bouquet on her marriage to Prince Albert Edward, who later became King Edward VII and Queen Alexandra.

While the first royal Gin released this year came from Buckingham Palace botanicals, this new release is even more closely related to Queen Elizabeth II because 20,000 acre estate is her private property.

Sandringham Celebration Gin is priced at £50 ($67 USD) per 50ml bottle and can be purchased via the estate’s online store, and will be available at the Sandringham gift shop when it reopens after coronavirus restrictions are lifted. The product is exclusive to the United Kingdom.

Back in July, the Royal Collection Trust launched an official Buckingham Palace Gin. Made from ingredients handpicked from the garden of the Queen’s London residence, the premium small-batch London dry gin was made available in the charity’s shops as well as there official web store.
Following in the footsteps of the Queen and Buckingham Palace, Prince Charles unveiled Highgrove Gin. Made from grain grown in the garden of the Prince Charles and the Duchess of Cornwall’s royal residence, Highgrove House, the Gin features juniper, citrus, lemon verbena, thyme and rosemary notes. The spirit is distilled by an artisan producer in Oxford.