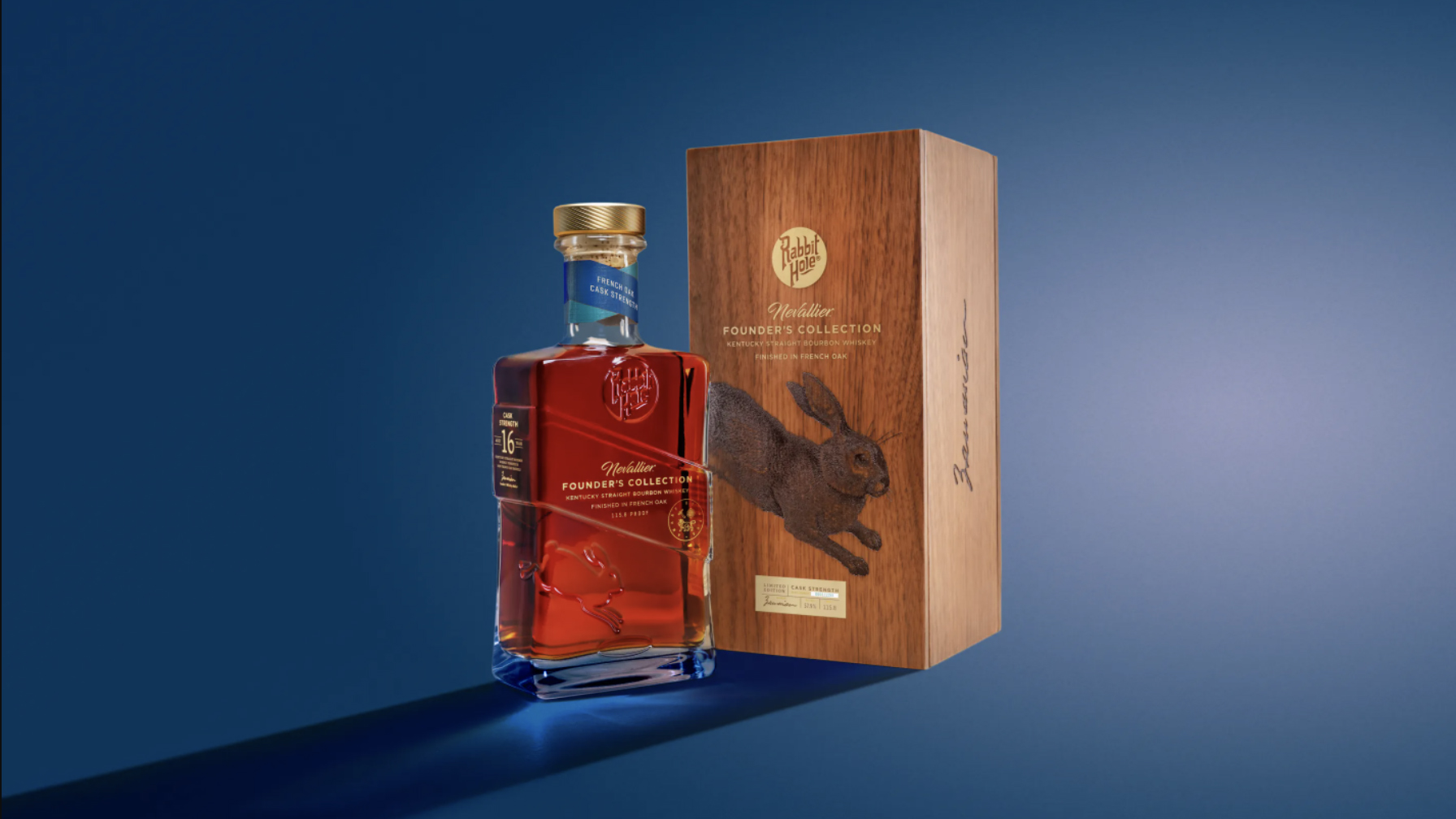 Rabbit Hole has unveiled the fourth addition to its Founder’s Collection, a 16-Year-Old, Cask Strength bourbon called ‘Nevallier.’ Last September, the Louisville, Kentucky-based distillery released “Raceking” as the third expression in the series.

A blend of 10 Kentucky high-rye bourbons, Rabbit Hole Founder’s Collection Nevallier was first aged for 15 years in American oak barrels, then an additional year in French Oak barrels crafted by French cooperage Tonnellerie Leroi from the Nevers and Allier forests of France.

“It’s not a cliché for me to say that I go down ‘rabbit holes’ to challenge what bourbon is and what it can be,” said Rabbit Hole Distillery founder and whiskey maker Kaveh Zamanian. “This element of exploration and a willingness to take risks is exactly what our Founder’s Collection represents. With Nevallier, I set out to explore how bourbon could be transformed by French Oak and the result is a whiskey that is completely unique in relation to the other whiskeys I have produced. Nevallier nudges bourbon past its traditional borders and it is my hope that this one-of-a-kind spirit expands the perception of bourbon among those who have a deep appreciation for fine whiskey.”

On the nose, the whiskey offers aromas of custard, orange, cherry, and caramel. The palate delivers tobacco, vanilla, fig, blackcurrant, spice, and cinnamon, which move into a long and dramatic finish featuring intense spice and floral notes.

Each bottle is individually numbered and features a gold cork inside a wooden box with magnetic front and back panels that may be removed to display the whiskey.

Bottled at 57.9% ABV, just 1,155 bottles of Rabbit Hole Founder’s Collection Nevallier will be released in June and will be priced at $895 per 750ml bottle.

For more information, head over to Rabbit Hole’s official website.

In January, Rabbit Hole unveiled the inaugural release in its Distillery Series, Starlino rye whiskey. The range is made of limited-edition small batch, cask-strength bottlings.