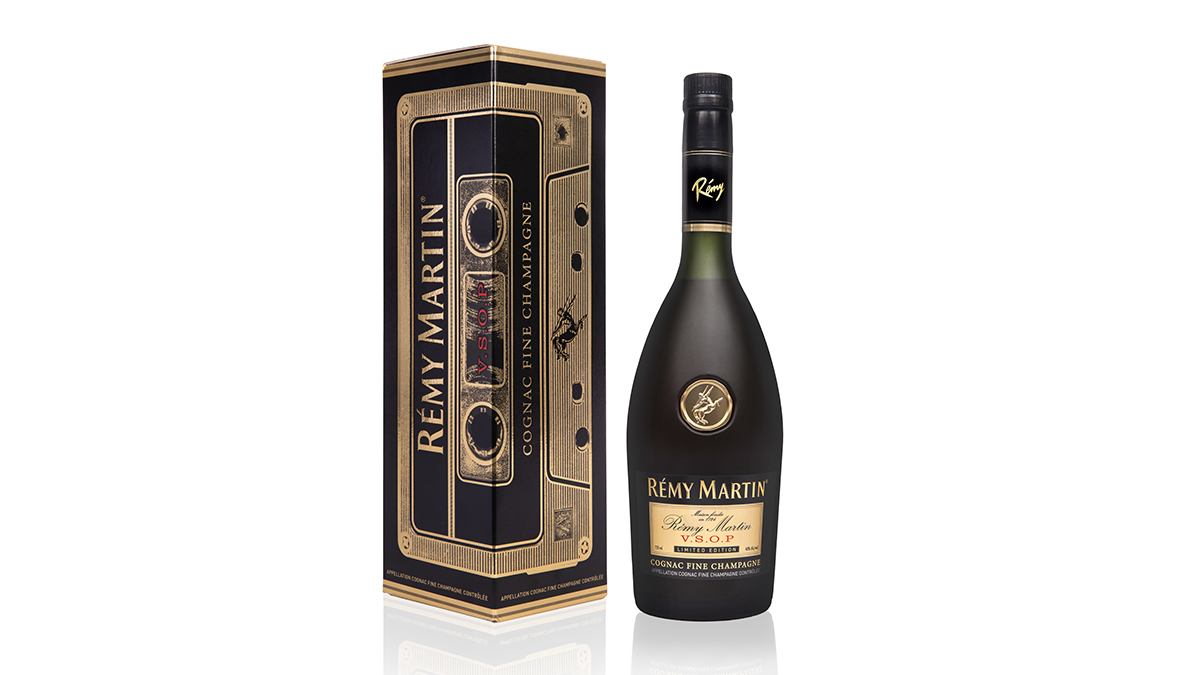 Remy Martin has announced a limited-edition Mixtape VSOP bottle inspired by the iconic design first commercialized in the 80’s and 90’s. The brand’s refreshed design with gold detailing pays tribute to mixtape culture and invites a rediscovery of Cognac’s timeless elegance.

The limited-edition Remy Martin VSOP Mixtape packaging pays homage to the legendary sounds that stemmed from two influential decades in music. Throughout music history, the figurative beat of a city, neighborhood, or territory, have helped curate the unique sounds that come from that ground. The heart and soul of local communities created cultural movements that paved the way for future artists to innovate, while paying homage to their roots and the musical styles that came before them. This is similarly seen in Remy Martin’s terroir, the physical ground of the Fine Champagne region in Cognac, which shows how the same quality of craft can emerge from one distinct place.

“The Rémy Martin VSOP bottle has been an icon in music culture for generations, and we are thrilled to debut this refreshed limited-edition design,” said Tina Reejsinghani, Vice President at Rémy Martin Americas. “Musical artists of the past have shaped and inspired the sounds we hear in music today and that same timeless excellence is reflected in what we have celebrated with our Cognacs throughout our own history.”

Rémy Martin’s legacy of celebrating communities and excellence in the global music scene continues with the release of the limited-edition VSOP bottle design. Most recently, the House launched “Ground’s Melody,” a two-part content series which revealed the figurative and literal parallels between music and Cognac, both entities rooted in cultures of excellence.

Last summer, Remy Martin announced the first-ever “House Beats Challenge,” led by globally recognized music producers, where fans had the chance to submit a beat using sounds from their home for a chance to win a VIP event to foster mentorship. Additionally, the Rémy Producers series honored the exploration of new sounds from local level artists and created a platform for music producers. This program provided these emerging artists with mentorship from industry leaders, including Grammy-award winning talent.

The limited-edition Remy Martin VSOP Mixtape bottle is available for purchase in select states and online retailers for $50.