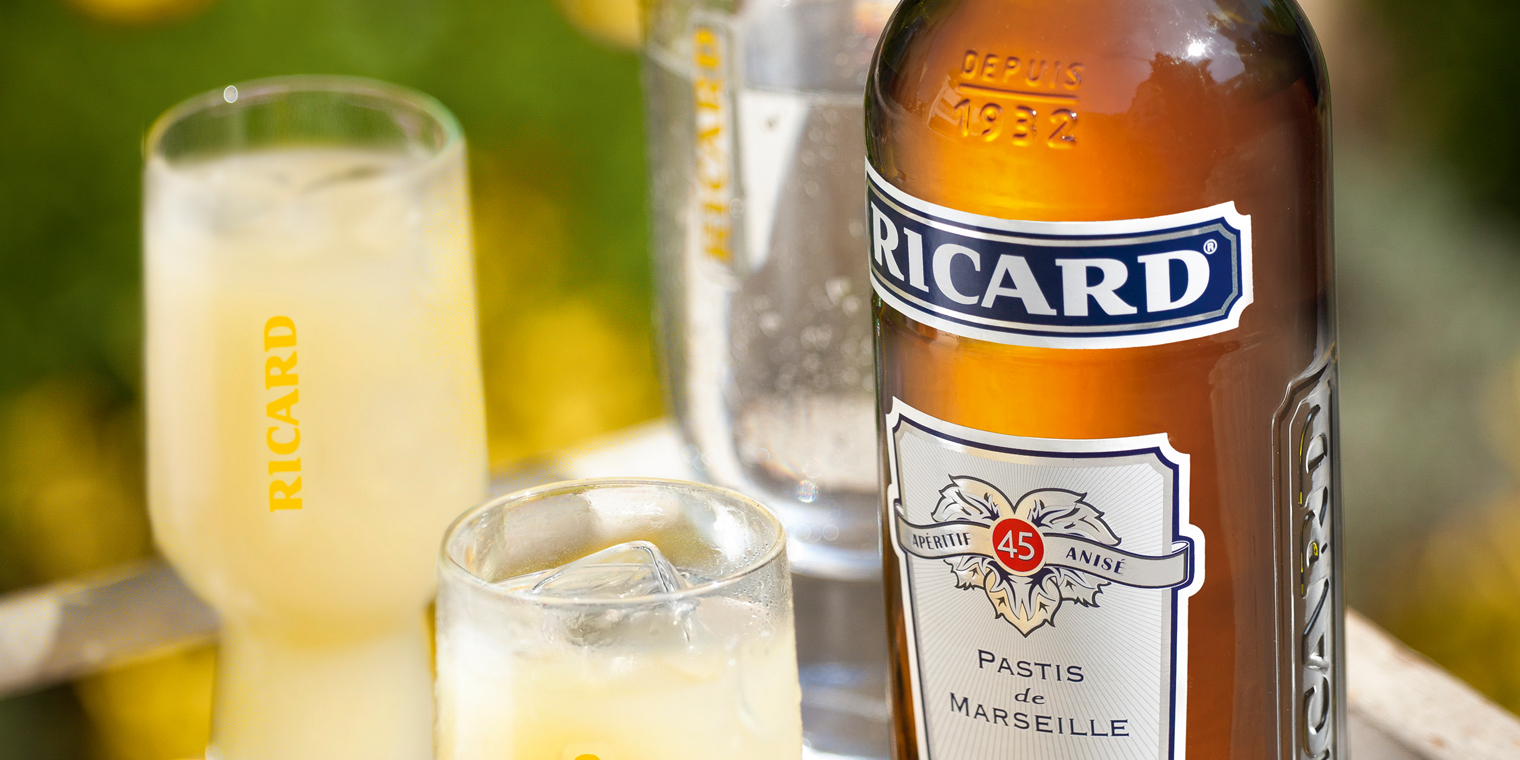 Ricard is the number one Pastis in the world, and the third best selling spirit on the planet. Almost all of the anise-flavored aperitif is sold in Europe, the mass majority in France, where it outsells every other spirit. If you want a drink that’ll remind you of Marseille, this is it.

The recipe used to make Ricard is a closely guarded secret. However we do know that star anise, liquorice extracts, and a variety of aromatic Provence herbs are part of the ingredient list. Aged in large open barrels, it possesses a slight sea-side flavor imparted by the salt spray that licks the barrels.

Traditionally, Ricard is served with chilled water in a one to five ratio, which causes the drink to turn cloudy. If you’re adding ice cubes, add them last. It’s also great in a cocktail, and if you’re looking to mix something up, the company recommends a Jaune Lemon:

Pour 2cl of Ricard, then 2cl of fresh squeezed lemon juice. Then add 1cl of orgeat syrup to bring sweetness. Mix so that the flavors mingle. Generously fill the glass with cool water and then with ice. Garnish with a lemon slice and a fresh mint leaf. Add a biodegradable straw and serve the cocktail.

Before the creation of Ricard, the cafes of Marseille sold a variety of anise-based liqueurs. One day in 1932, a 22-year-old Paul Ricard finished his recipe for his own version of the spirit. He declared,   “It shall be called Ricard, the real pastis from Marseille!” Adding, “I am willing to put my name on it,” he proclaimed, “because I am sure of the quality of this pastis and proud of its unique taste.” He designed the spirit’s first label and poster himself and it was an immediate hit, selling 2.4 million liters in 1938.

Ricard is now the back half of Pernod-Ricard, one of the largest spirits companies in the world, whose holdings include Chivas Regal, The Glenlivet, Absolut Vodka, Martell, and many more.