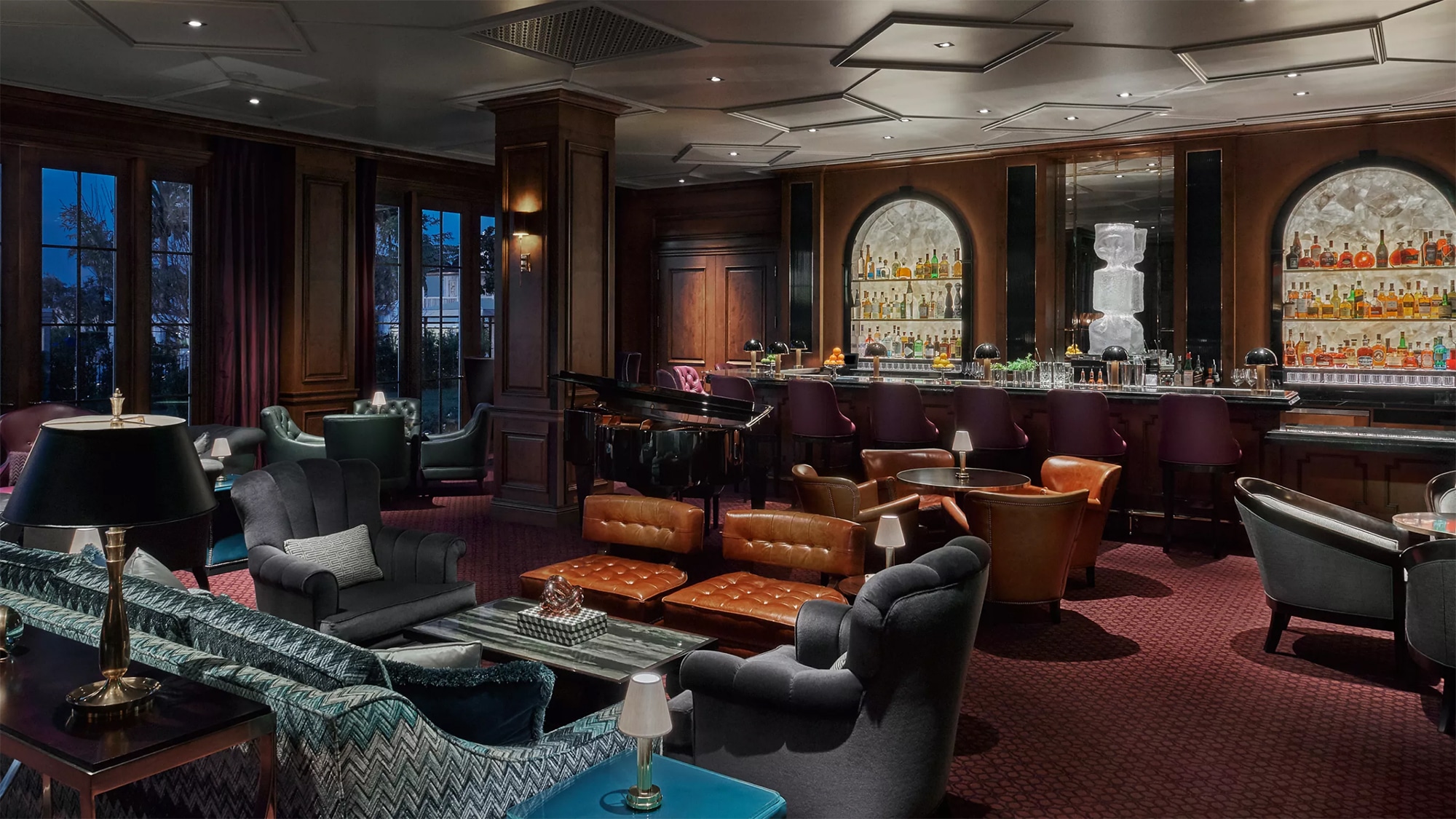 Rosewood Miramar Beach has launched a new handcrafted cocktail menu inspired by literary works. Offered at the luxurious Montecito property’s Manor Bar, the drinks take cues from the locations, characters, seasons, and sentiments of a selection of celebrated literary masterpieces.

The Manor Bar presents the new cocktail menus in vintage-inspired books, with each page dedicated to a different cocktail and its corresponding classic story. Additionally, the hotel bar has added a selection of food items to its menu, including handcrafted Charcuterie and Artisanal Californian Cheese, Fresno & Roasted Pepper Hummus, Croquetas de Yuca, Hank’s Sliders, Mauro’s Churros, and more.

“The new cocktail menu at The Manor Bar is designed to be an exploration of the senses and to transport our guests into the worlds created by some of literature’s most powerful wordsmiths, allowing their imaginations to run free,” says Yannick Augy, Director of Food and Beverage at Rosewood Miramar Beach.

Check out the literary classics that make up The Manor Bars’ new menu:

Paper incinerates at a temperature of 451 degrees and, from the ashes, The Manor Bar presents Fahrenheit 451: A hand-crafted cocktail offering a world of flavors. The combination of Buffalo Trace and Amaro Nonino Quintessentia—paired with the essence of sweet orange and lemon—create levels of perplexity unlike the traditional cocktail. In a special tribute to Fahrenheit 451 written by Ray Bradbury in 1953, this cocktail is delicately smoked with dried sage leaves, giving the reminiscent effect of burning pages at the hand of the fireman in this dystopian novel.

Each sip of this libation is a step towards enlightenment. But, make no mistake, much like the book, The Monk – written by Matthew Gregory Lewis in 1796 – this drink is incredibly intense and can fool the senses with its unique layers of delicate flavors. Silent Carthusian monks have made Chartreuse, a light, herbaceous liqueur, since 1737, when exiled to France’s Chartreuse Mountains. The overproof liqueur recipe, using more than 130 plant species, remains a mystery. Enter the depth and richness of Laphroaig 10-Year and subtle citrus notes, tying the dangerous romance between all ingredients together. Indeed, The Monk, based on men of the cloth in France in the 18th century, was a scandalous book for its time. At its heart, the novel is a story of romance, much like this cocktail.

This coming-of-age story for a lonely cowboy written by Cormac McCarthy in 1994 leaves no stone unturned and no element forgotten in this tale of growth and enlightenment, the middle book in All the Pretty Horses trilogy. True to the story, nature’s beauty and wonder infuse every aspect of this complex cocktail. To be sure, the old fashioned is a classic cowboy drink but, here, the plentiful agave gives heed to some aromatic reposado, with a kiss of mezcal for an additional kick. Combined with Ancho Reyes Verde Liqueur, with hand-crafted jalapeño and habanero tincture, this spicy, full-bodied cocktail is sure to transport drinkers to a warm and inviting New Mexico sunset. Dehydrated, then pulverized, lime and hatch chile pepper, found everywhere in New Mexico, adorn the salt rim and complete the escape.

Magic and science combine to create a nearly transparent tribute to the sci-fi classic, The Invisible Man, written by HG Wells in 1897, which portrays a protagonist named Griffin who drinks a potion and becomes invisible. Drawing on Griffin’s transformation, some of the Campari’s flavors and all of its color are extracted, resulting in an almost-clear cocktail. Gin and blanc vermouth are mixed in, creating a smooth Manor Bar-version of a Negroni with a whimsical twist meant to challenge the palate’s expectations.

Midnight in the Garden of Good and Evil

The original Sazerac, a New Orleans classic, has endured tumultuous transformation, resulting in a new-aged twist. The original 19th-century Sazerac was made with Cognac; however, it became unavailable due to a wine blight, so it was later replaced with rye. This cocktail features a hint of Cognac in honor of the drink’s origins, along with a spritz of absinthe, which was formerly forbidden in the U.S. Named after this mystery title written by John Berendt in 1994 and set in the South, this drink is equally mysterious, and — true to the novel’s name — features garden-inspired garnishes. From the turmoil of treacherous current events in this novel rises a sultry treat. Similarly, rye paired with lemon and Cognac in this cocktail displays a savory and smooth experience.

No detail is spared, and nothing is proven impossible, in the world of fine spirits and mixology. An ode to this two-part Russian novel written by Fyodor Dostoevsky in 1866, this cocktail offers a creative display of balance between light and dark, resulting in a reconstructed version of a classic White Russian. Here, a cacao, coffee, and herbaceous foam — infused with activated charcoal and egg white — top a finely clarified milk-punch Kahlúa. When poured, this drink is clear on the bottom and black on the top but, as it sits for a few minutes, it all becomes grey. Similarly, this novel follows a man with a cold plan to murder for money in order to escape poverty but, as with many plans, it muddies in the end.

Before the Coffee Gets Cold

This classic cocktail offers a playful twist with espresso and a hint of spice to awaken the senses and enjoy the moment. This drink is inspired by the one-of-a-kind Funiculi Funicula Café in this Tokyo-based novel, written by Toshikazu Kawaguchi in 2015, that allows its customers to travel back in time — as long as they return before their coffee gets cold. Miraculously, whatever happens in the past, won’t affect the present. This is the perfect cocktail to set aside the day and focus on the current moment.

In Search of Lost Time

The slightest smell or taste can trigger misplaced memories, long-lost ideas, and forgotten sensations, flooding the senses with precious moments of past experiences. This cocktail offers plenty of nuanced flavors: Rich Cognac, notes of spiced pear, and a smooth yet creamy citrus finish trigger all that is buried within. Similarly, this classic, French novel written by Marcel Proust in 1913, portrays Proust eating a madeleine at his grandmother’s house—and remembering his entire childhood with just a taste. Guests are invited to similarly sit back with this cocktail to reflect on the treasures of the past. Sip the nostalgia, revisit innocence, and relive your joys In Search of Lost Time.Each cocktail is priced at $24. For more information, head over to the hotel’s official website.