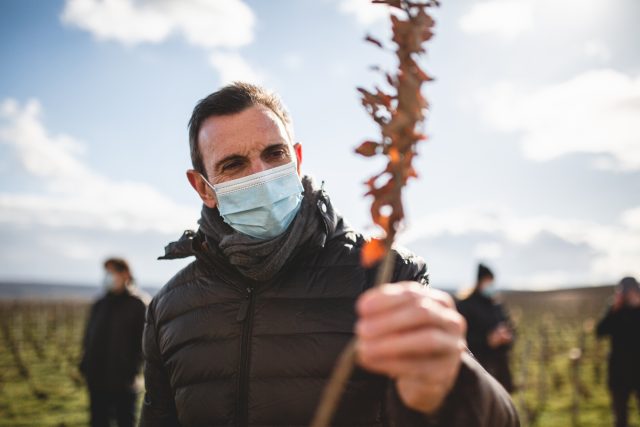 Ruinart is reintroducing the original flora and fauna to a 40 hectare vineyard in Champagne, with the creation of over 4km of ecological corridors in and around the plot.

Last month, as part of a biodiversity pilot project at Ruinart’s historic 40ha vineyard in Taissy, the Champagne house planted a series of outer hedges. Next in their plan is the reinstatement of native vegetation within the vineyard.

The Taissy project will be carried out using vitiforestry, which sees the application of agroforestry techniques to the vineyard. The producer says this technique is especially effective for creating wildlife corridors due to the close proximity to the existing Fort de Montbré forest.

The first step of the ecology project was launched in March 2021, was at the outer edges of the site which saw the planting of hedges around premier cru vineyard, growing Chardonnay that is 6 to 18 years old, as well as Pinot Meunier, aged 19 to 23 years.

The next step in the long term plan will see the introduction of intra-plot hedges and islets. The target after that will be the planting of nearly 14,000 trees and shrubs spread over 800 square meters of islets and 4.4km of hedges. This will happen between 2021 and into 2022.

According to Ruinart, not only do local tree species greatly improve biodiversity but they also provide habitats for fauna that are useful in the management of vineyards, such as birds and bats, ladybugs and lacewings.

“We want to regenerate the soils and bring back the original fauna and flora to this parcel through these vitiforestry practices, which allow us to re-establish ecological corridors within the historic Taissy vineyards,”

The project also aids the restoration of a more natural appearance of the Champagne landscape;  reestablishing trees and its hedges, as they might have existed generations ago. Hornbeams, hawthorns, dogwoods, viburnums, pussy willows, rowans, European spindles, beeches, and lindens are amongst the species being reintroduced.

Ruinart is working with forest specialist Reforest’Action, which is a Certified B Corporation whose mission is to preserve, restore and create forests in France and around the world.

Since its creation in 2010, Reforest’Action has planted and protected more than 10 million trees in 25 countries and raised awareness amongst 20 million people about the importance of forests.

Speaking on the rejuvenation of ecology Stéphane Hallaire, President and founder of Reforest’ Action, said: .“We are delighted to work with Maison Ruinart to implement this project which proves their desire to actively generate concrete and lasting environmental benefits within the heart of their activity,”