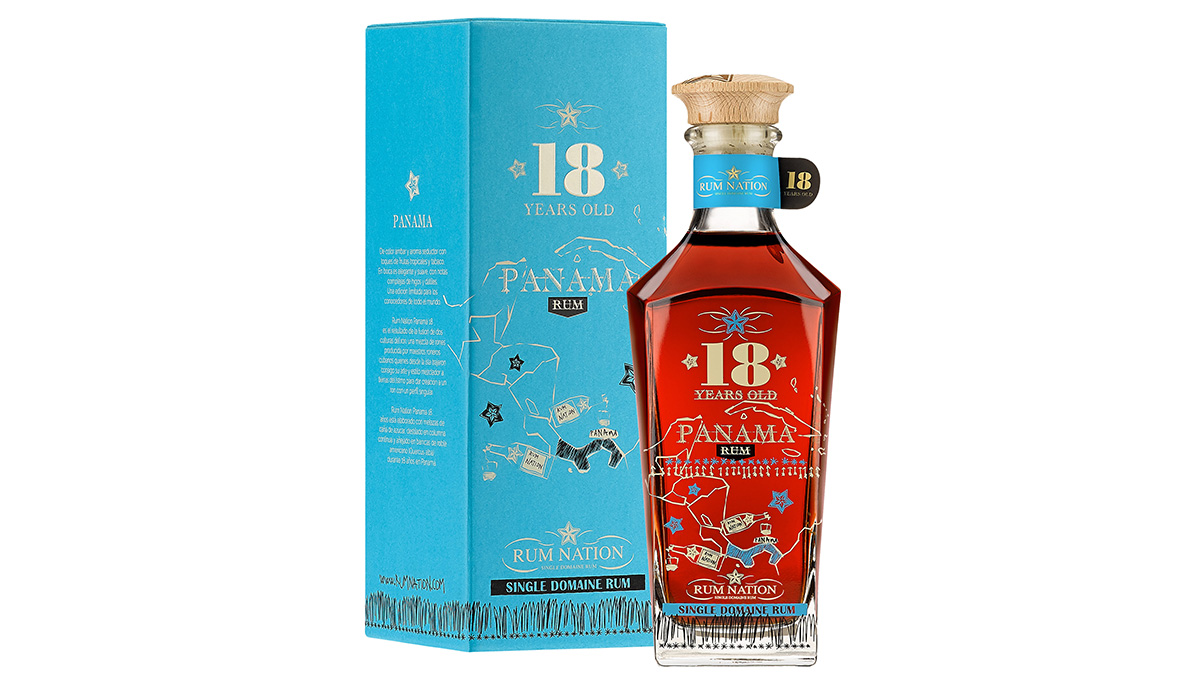 Matured for 18 years, the Rum used a Spanish-style distillation process, which led to the production of a light-bodied rum with “reat aromatic complexity and freshness.” Like Rum Nation’s other releases, the bottled is named for its nation of origin, rather than the distillery from which it came.

On the nose, Rum Nation Panama 18 Year Old is lively, honeyed with fresh and aromatic notes of cola, bergamot, dates, orange peel and vermouth, along touch of esters, but it remains light and sunny. The palate is sweet and fruity but agile, with a refreshing lightness of mouthfeel. Sugarcane molasses, chocolate, raisins, and again a balance between orange peel, cola and coconut. The finish boasts “black tea, sugary sweetness, honey and complete smoothness: warm but not too peppery, with chamomile notes too.”

Bottled at 40% ABV, the Rum comes in vibrant glass decanter featuring a drawing of the Caribbean in gold and a wood topper. It all comes together in a festive turquoise blue box with a matching design.

The Rum Nation Panama 18 Year Old rum joins the company’s 10- and 21-year-old Panamanian offerings, as well as an 18-year-old solera bottling. The brand has almost 20 different Rums on offer across its portfolio.

On other Rum news, Kiss has unveiled its own spirit, Kiss Black Diamond Rum. The new offering is the American rock band’s first collaboration with Swedish drinks company Brands for Fans. Elsewhere, two former Pernod Ricard executives opened the Brixton Distillery Company, based in the London neighborhood of the same name, and have launched its debut spirit, Market Row Botanical Rum. Rum has been one of the hottest spirits of 2020 and even the cold chill of winter doesn’t seem like it’s going to slow that down.