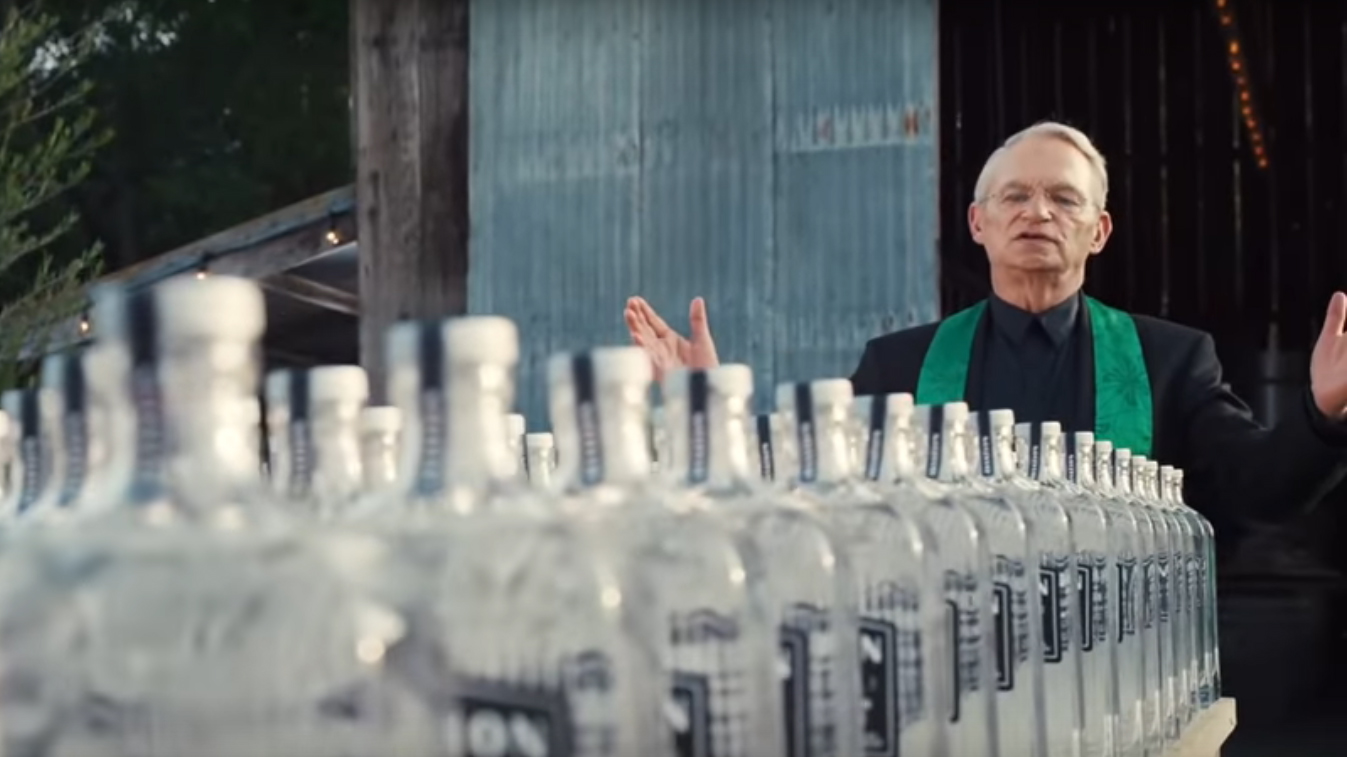 It’s official, it’s too late to order about 99 percent of the desirable gifts out there, except for maybe alcohol. Luckily, we’ve put together a list of the best last-minute holiday gifts, or, if you’re more inclined to follow the advice of Ryan Reynolds, you can go out and buy a bottle of Aviation American Gin.

In his latest ad for Aviation Gin, Ryan Reynolds is coming to the rescue of all those last-minute holiday shoppers out there, suggesting they get those special people in their lives bottles of his Gin. “‘Twas the night before Christmas, and people were f***ed,” says the Deadpool star in a voiceover accompanying images of various people in apparent despair. “With no time to ship presents, they were ship out of luck.”

After images of closed stores, and a priest blessing a truckful of gin, Reynolds continues, “But there’s still hope for late shoppers visiting kin, in the form of someone’s premium gin. Aviation’s a kick, save and a beauty for you and yours,” Reynolds concludes. “And available last minute — at the most essential stores.”

Last week, Reynolds unveiled an ad campaign for juice and The Croods: A New Age, titled Not a Gin Ad. The new advertisement came ahead of the digital release of the animated feature film, which stars Reynolds alongside Nicolas Cage, Catherine Keener and Emma Stone.

In September, Aviation began selling the 1.75 L “Homeschool Edition,” following the release of another online video campaign headed by Reynolds. Why would anyone need a bottle of Aviation Gin Homeschool Edition? As Reynolds explains, “it can help with a variety of subjects,” including “fourth grade geography, whatever the f*** new math is, and revisiting your own long forgotten middle school traumas.” So if you, like the Van Wilder star, simply can’t bear the idea of returning school and the only way to truly coax away your pain is heavy Gin drinking, then Aviation is there for you. We couldn’t agree more, by the way, “Middle school is the f***ing worst.”

Back in August, Diageo announced it would be spending up to $610 million to buy Aviation American Gin, co-owned by Reynolds, and a variety of other spirits brands. The British spirits giants already own Tanqueray and Gordon’s.

To get Aviation American Gin delivered to your door, head over to Drizly by clicking here.