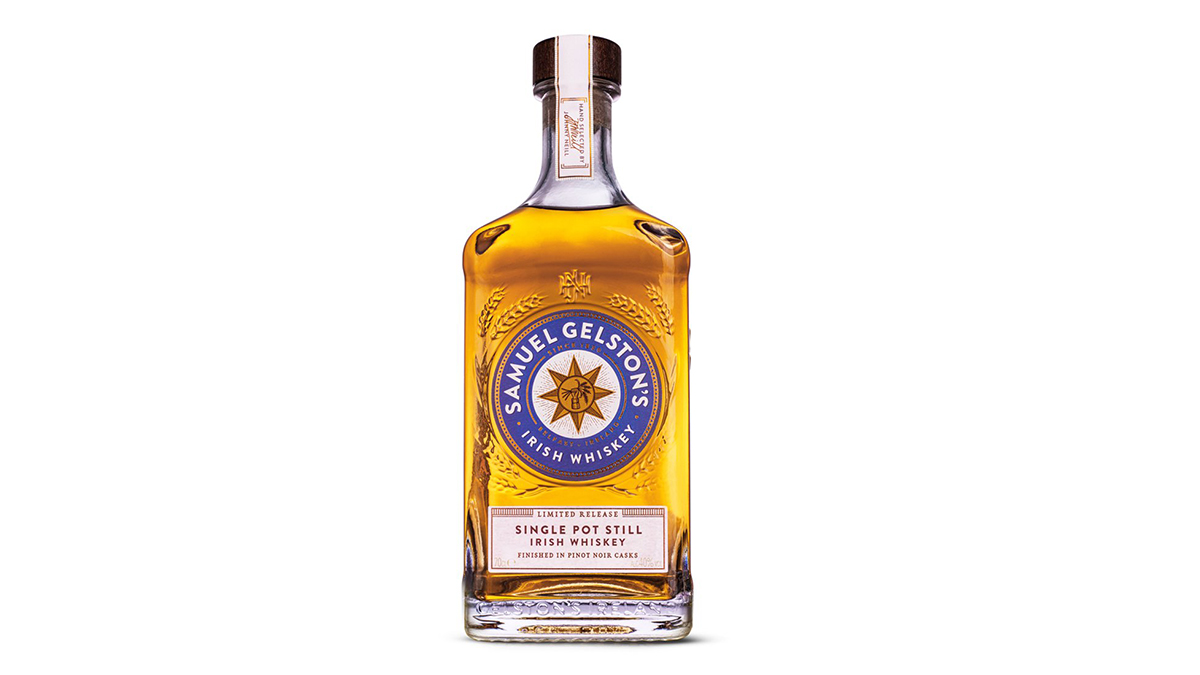 Samuel Gelston’s has launched a single pot still Irish Whiskey finished in Pinot Noir casks from New Zealand provided by Sam Neill. The new offering is the result of a collaboration between Gelston’s owner Johnny Neill and his cousin Sam, the star of Jurassic Park, Event Horizon, and more recently Peaky Blinder, who has a vineyard in Gibbston, Central Otago.

A rich bronze in color, the Whiskey offers malty aromas with with hints of strawberry, nutmeg and tropical fruit. The palate is big , rich and sweet, with a hint of dryness, a note of blackcurrant and a dash of spice. The finish is described as smooth with notes of marshmallow and jam.

“The Neill family have been making quality spirits for generations,” explained Johnny. “My Great, Great Grandfather Harry Neill set up the successful McCallum Neill & Co in Australia in 1851, and Percival, one of his younger brothers set up Messrs Neill & Co in Dunedin in 1882 – Percival was Sam Neill’s Great Grandfather.

“Sam and I have continued this legacy in our respective sides of the world – I’ve been focused on the creation of artisanal spirits using local ingredients, whereas he has dedicated nigh on 30 years winegrowing super premium pinot noir. For the first time in 150 years, we’re bringing together the expertise from both sides of the family – the result being an incredibly exciting sweet, honeyed and very inviting Single Pot Still Whiskey”.

Bottled at 40% ABV, Samuel Gelston’s Single Pot Still Irish Whiskey Finished In Pinot Casks is available via the distillery’s official webstore and Celtic Whiskey Shop as well as a variety of other specialty stores for £30 ($39 USD).