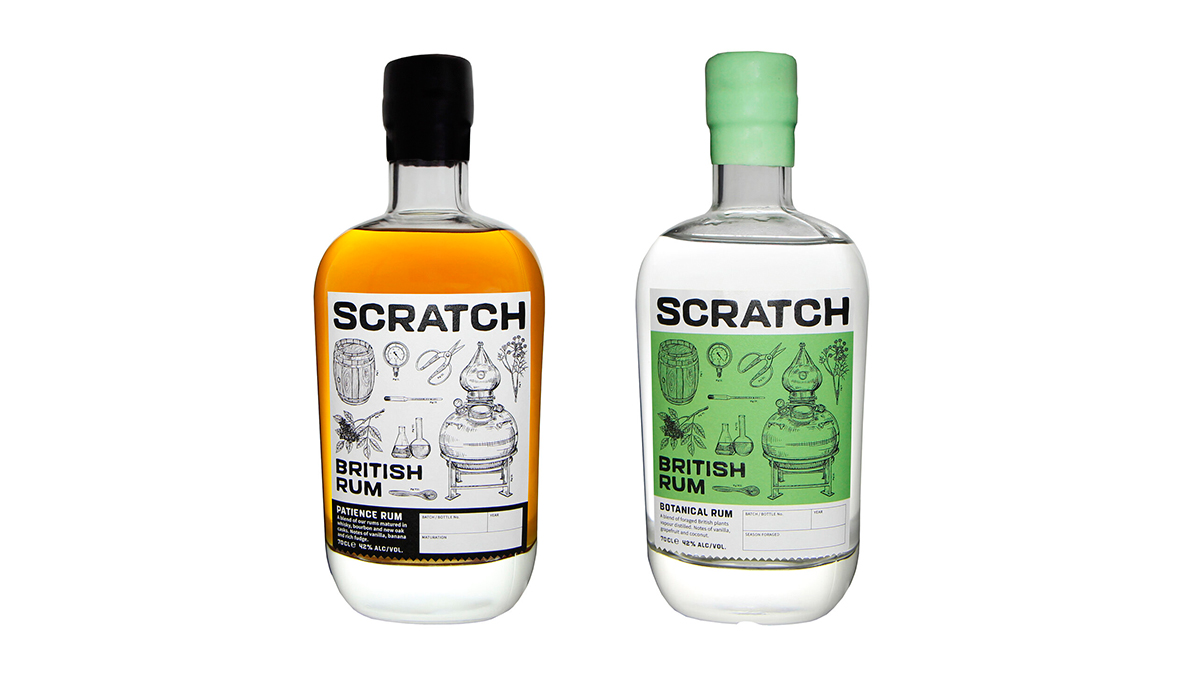 Scratch British Rum has added Patience Rum and Botanical Rum to its range. The latest expressions from the English microdistillery have doubled its offerings.

Botanical Rum spent two years in development and is made using six botanicals sourced in the United Kingdom, which has resulted in a spirit featuring tropical flavors, despite being sourced from British plants. Coming in at 42% ABV, the distillery recommends serving the Rum over ice with tonic water, and garnishing with a slice of orange.

Scratch founder and distiller Doug Miller explained, “We’ve developed a rum that uses native British botanicals – creating a spirit that is a refreshing alternative to a gin. With the spiced rum market oversaturated, we wanted to create a product that was true to our roots as a business – making premium rums using British produce as much as possible.”

Patience Rum is made up of a blend of three-year-old ex-Bourbon casks rum and two-year-old new oak cask rum. The nose features hints of toffee, rich fudge and vanilla. On the palate, a mixture of sweet and spice are imparted through the two barrel types used, with a long sumptuous finish.

Coming in at 42% ABV, Patience Rum is recommended to be sipper neat or to replace Whiksey in cocktails such as a Manhattan or an Old Fashioned.