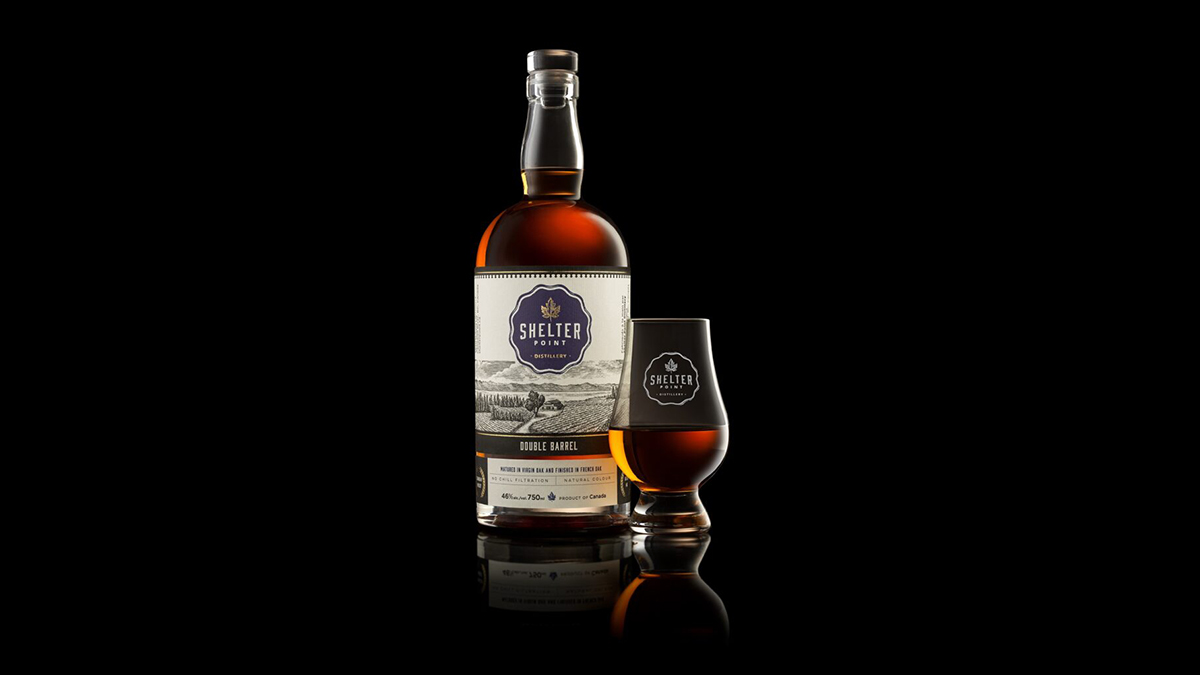 To create Double Barrel Batch 6, Shelter Point hand We hand selected six of its finest Single Malt whisky casks and finished them in French oak wine barrels, previously home to Coastal Black’s Blackberry Wine. The spirited was first aged in American oak for five years, then one year in virgin American oak, and then was finally finished for 99 days in flavorful French oak.

Shelter Point Double Barreled Batch 6 whisky is available in a 750ml ($85) and 375ml ($45) and both sizes can be purchased online at the distillery’s official website.

In April, Shelter Point released the first edition of its newest whisky series “Smoke & Oak”; a small-batch experimental whisky. For this expression, the company smoked their own finishing barrels using a smoldering combination of Applewood and locally-harvested Vancouver Island peat. The company claims that the whisky is a rule-breaker – using 100% unmalted barley grown on-site at Shelter Point Farms as a base. This triple distilled whisky was aged in American oak ex-bourbon barrels for 5 years before a final rest in hand-smoked finishing barrels for 6 months.

Established in 2011, Shelter Point Distillery is located on 380 acres in Oyster River, British Colombia, about halfway up the eastern side of Vancouver Island on the west coast of Canada. The land encompasses 2,000 metres of spectacular oceanfront, a natural mosaic of streams, a salmon-bearing river, wetlands, forests and fields — all shared with native wildlife, from bald eagles and great blue herons to black tailed deer and black bears. Farmed for generations, Shelter Point remains one of the last seaside farms on the Island.