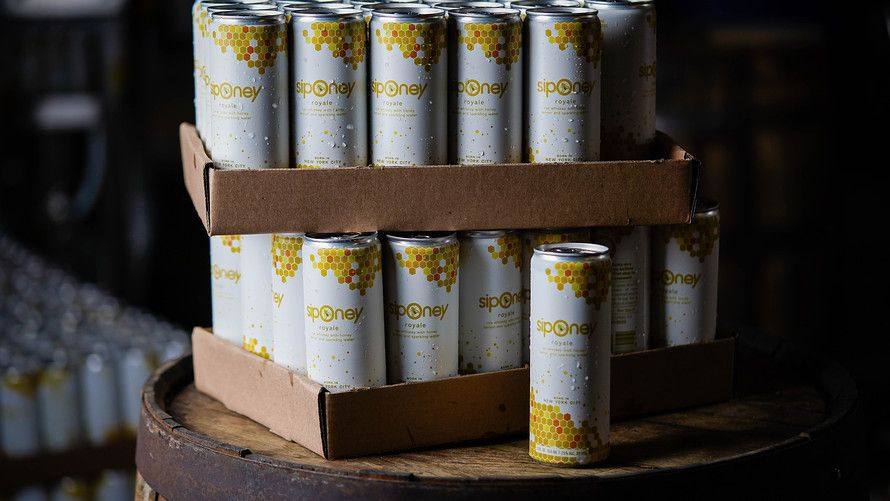 Siponey Royale has joined the flourishing world of canned cocktails. There’s no shortage of RTD options on the market these days, as it seems a new can hits shelves daily, but it is dominated by clear spirits. Siponey Royale brings something new with their honeyed, brown spirit twist on the sparkling canned cocktail.

Siponey Royale combines New York-sourced honey, lemon juice and a four-year-old Rye whiskey to create an effervescent drink that’s worth getting worked up about. The brand is all about New York and keeping things in state, as they even searched out a local citrus producer, something that is usually found in sunnier states further south.

While Rye is certainly important to the creation of the RTD cocktail, Amanda Victoria, a veteran New York City spirits professional and former bartender who founded the brand with her husband, horticulturist Joseph Mintz, believes that the honey is just as essential. The company plans to make all its products with honey as a key ingredient, in part to draw attention to efforts to keep the honeybee population strong at a time when concerns are growing about its future stability. The company even makes donations to apiaries all over the country.

As a brand, Siponey Royale makes an active effort to produce their drink with limited impact on the environment. Their ingredients, shipping, and production are built on sustainability, and they contribute to honeybee awareness by supporting private apiary expansion. The mission is “to bring attention to rising environmental needs that honeybees directly support by funding education and materials to those interested in starting new apiaries, as well as by partnering with up-and-running honeybee organizations.”

The New York-originated canned cocktails come 12 oz (355 ml) cans and weigh in at 7.25% ABV. Eight-packs can be purchased via the company’s official web store for $54.99.