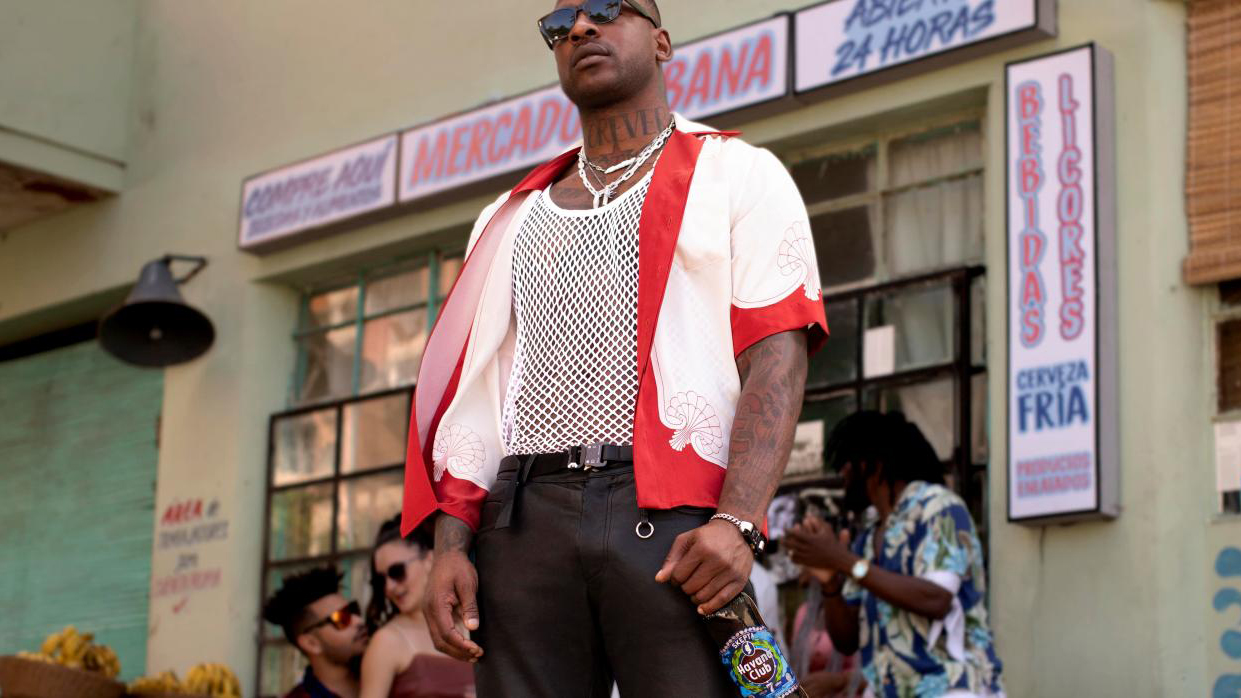 British rapper Skepta has teamed up with Havana Club to design the limited edition Skepta Havana Club 7 Rum bottle. Inspired by the MC’s Nigerian heritage and Havana Club’s Cuban roots, the collaboration arose after Skepta traveled to Cuba in 2019.

Skepta designed the bottle, which features traditional Nigerian cultural symbols, including Ewe Oshun leaves used in Yoruba rituals, cowrie shells found in sacred statues of Elegua, as well as Guiro textiles and Conga drums. The bottle is dedicated to a global community of creative thinkers and doers.

Skepta drew upon this sense of discovery and community when he visited Cuba in 2019. In Havana, the international grime icon and Nigerian Yoruba chief found deep links between Yoruba culture and Afro-Cuban spirit. Yoruba heritage is infused throughout Cuban traditions with its links to the West African people and is experienced in the joyful energy and DIY spirit of Cuba which brings people together. It is a creative essence that Skepta also sees reflected in his own London community. Together, this brought Skepta to the Cuban concept of Aché; interpreted as the creative, universal spirit that binds all of us. It is aché which Skepta has channeled into his Havana Club 7 collaboration, with a bottle design symbolizing his vision of global community, brought to life through creativity, love, and cultural connections.

In an effort to support local businesses during the ongoing pandemic and economic crisis, the limited edition Skepta Havana Club 7 bottle was first made available exclusively at corner shops around the United Kingdom. You can order your own by heading here.

The connection between Africa and the Carribean and its relationship to Rum is receiving increased consideration. Just last month, Equiano Rum, the world’s first premium aged rum from Africa and the Caribbean, arrived in the United States.