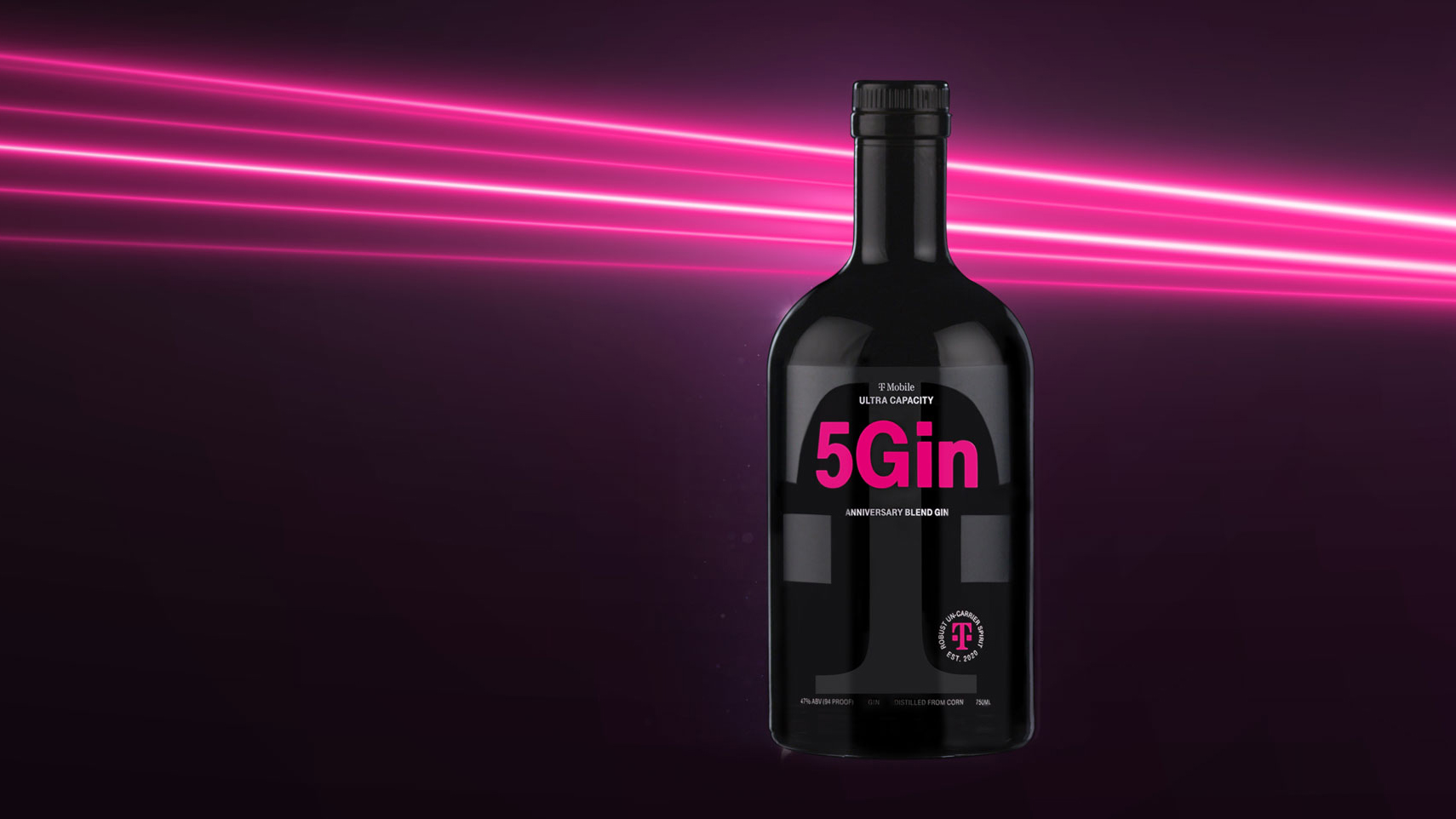 Some companies get very excited about industry technology updates, just ask T-Mobile who has officially rolled out its own 5G-inspired gin, dubbed 5Gin. They’re also rolling out a ginger beer. While T-Mobile certainly isn’t the first company to unveil a food and beverage collaboration, it’s the first we remember that celebrates a new industry wide technology.

The gin was made by Heritage Distilling Company, “a majority women-owned Pacific Northwest business, one of the country’s top premier craft distilleries and the most awarded in North America by the American Distilling Institute for the past seven years.” The spirit is “offered in a striking, premium black bottle” which starts with Heritage’s Elk Rider Gin and then adds “a distinctive combination of botanicals.” Bottles are priced at $30, not including shipping and taxes.

“Last year, when we said we’d cover 300 million people with 5G by the end of 2021, people thought we were crazy. Now, we’ve blown by that goal six months ahead of schedule, and we won’t stop building the nation’s largest, fastest and most reliable 5G network,” T-Mobile CEO Mike Sievert said in a statement. “Now, we’re gonna celebrate in a way only T-Mobile would — by bottling the Un-carrier spirit.”

The ginger beer, meanwhile, was created in partnership with the well-known Jones Soda Company, and is described as “a premium and versatile non-alcoholic brew that tastes great on its own or as the foundation to your favorite cocktail or mocktail.”

If you’re looking to mix up a cocktail with your new T-Mobile 5Gin, look no further than the official website.