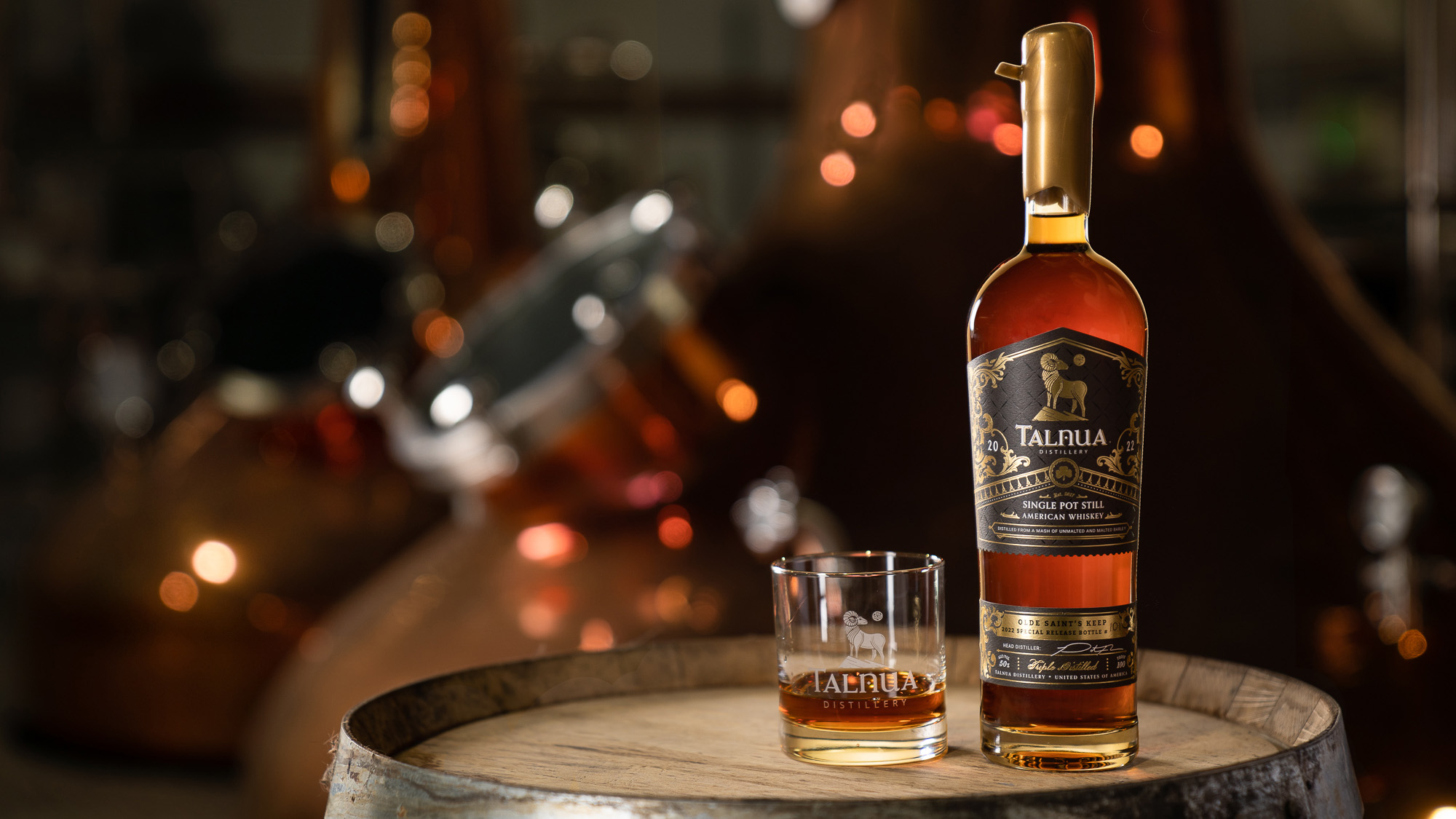 Talnua Distillery continues their tradition of releasing a unique version of Olde Saint’s Keep on St. Patrick’s Day 2022 to celebrate their anniversary and the holiday. The name “Olde Saint’s Keep” pays homage to the legend of Gaelic monks who kept the most special aqua vitae made at the monastery to share with their most esteemed guests.

Talnua Distillery’s 2022 Olde Saint’s Keep release is an American single pot still whiskey, triple distilled from a mash of 50% unmalted barley and 50% malted barley.  The whiskey was first aged in former bourbon and port casks, then the two were married and finished for 10 months in rare Pineau des Charantes Casks from Southwest France.

A lively blend of candied oranges, mixed berry cobbler, and creamy marzipan on the nose compliment the stone fruit and dried cherry palate, made richer and more complex with accents of pecan and leather. The unique French barrel used to complete the aging process gives undertones of white pepper and malted milk balls with the toasted oak finish.

Established in 2017, Talnua is an artisanal small-batch distillery focused on creating American single pot still whiskey. The Colorado-based brand produces its whiskeys using a mashbill of unmalted and malted barley, triple distilled in copper pot stills. Located on the Front Range of the Southern Rocky Mountains, the altitude, changing seasons, mountain spring water, and local barley all lend a uniquely American terroir to the products.

Talnua is releasing the 2022 edition of its Olde Saint’s Keep at 50% ABV on March 18th. Fewer than 1,000 bottles are available. The 2021 edition of the whiskey won Best American Pot Still Whiskey in the World Whiskies Awards.

For more information, head over to Talnua’s official website.