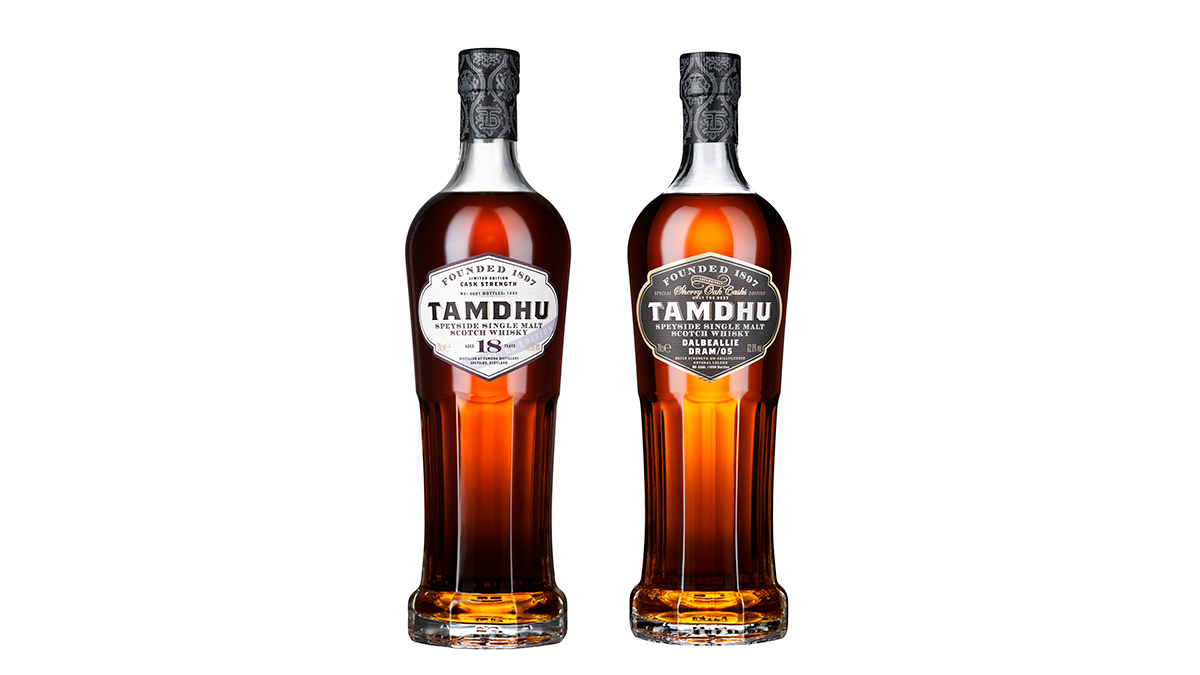 Tamdhu Single Malt Scotch Whisky is celebrating its 125th anniversary by releasing two limited edition whiskies at this year’s Spirit of Speyside Festival. This is the first in-person Speyside Whisky Festival since 2019.

As per tradition, the brand will release two ‘festival exclusive’ bottlings – the first is the next chapter in the much-loved Dalbeallie series, the second is an exclusive cask strength limited edition of Tamdhu’s recent 18 Year Old release.

Tamdhu was born 125 years ago, in 1897, on the banks of the River Spey. Two years later, Dalbeallie station was completed on site – bringing barley, passengers, and sherry casks from Spain. The Dalbeallie Dram takes its name from this iconic Victorian train station which had such a pivotal role in shaping what Tamdhu is today.

On the nose you’re hit with rich, creamy butterscotch and roasted hazelnuts. Sultanas and dates bring mouthwatering richness and are joined by a whisper of toasted oak. To taste, the butterscotch develops into homemade toffee, and apricots join the sultanas and dates. Vanilla and cinnamon bring a gentle warmth. A long finish with a rich mouthfeel, with the subtle spice coming to a crescendo right at the finish.

Bottled at 62% ABV, only 1,000 bottles of the Dalbeallie Dram V will be available to purchase exclusively via Tamdhu Distillery during the festival and from the distillery’s online shop for £100 per 70cl bottle.

At the end of March, Tamdhu marked its 125th anniversary year with the release of an iconic age statement – the 18 at 46.8%. Continuing this year of celebrations, the brand has released a limited-edition Cask Strength 18 Year Old at the Speyside Whisky Festival.

Bottled straight from the cask at 56.8% ABV, this dram is a celebration of full-term sherry maturation in American and European oak Oloroso casks. Tamdhu’s signature fruity spirit has married with these casks for 18 long years to deliver a deep, rich, natural copper hue, as well as layer upon layer of indulgent flavor.

To nose, the cask strength dram brings typical sherried notes of rich nuttiness and dried fruits – walnuts, raisins, and prunes. Cherry crumble with lashings of velvety dark chocolate. On the palate, the moreish flavors develop with the addition of caramelized brown sugar, vanilla, and red apple, like a warm apple strudel. A warming finish with soft cinnamon spice, stewed apples, and syrupy dates.

Only 1,000 bottles of the Tamdhu 18 Cask Strength LE will be available to purchase exclusively via the Tamdhu Distillery during the festival and from the online shop for £195 per 70cl bottle.

“Spirit of Speyside Whisky Festival is one of the highlights of the Tamdhu calendar, so it’s such a treat to have it returning in-person for the first time in three years,” said Sandy McIntyre, Tamdhu Distillery Manager. “Celebrating our 125th anniversary, we wanted to make sure our festival exclusives lived up to the occasion as the world of whisky descends on Speyside.

“The Dalbeallie Series is always a fan favourite and a core feature of any sherry-matured whisky collection. We’re delighted with how number five has bottled, and I can’t wait to sample it with friends old and new at the festival.

“Last but by no means least, the Cask Strength 18-Year-Old. Launching 18YO at 46.8% in March was a career highlight for me, so to be able to offer a very limited one-off run at 56.8% cask strength is truly special. A special dram for a very special year.”

For more information, head over to Tamdhu’s official website.