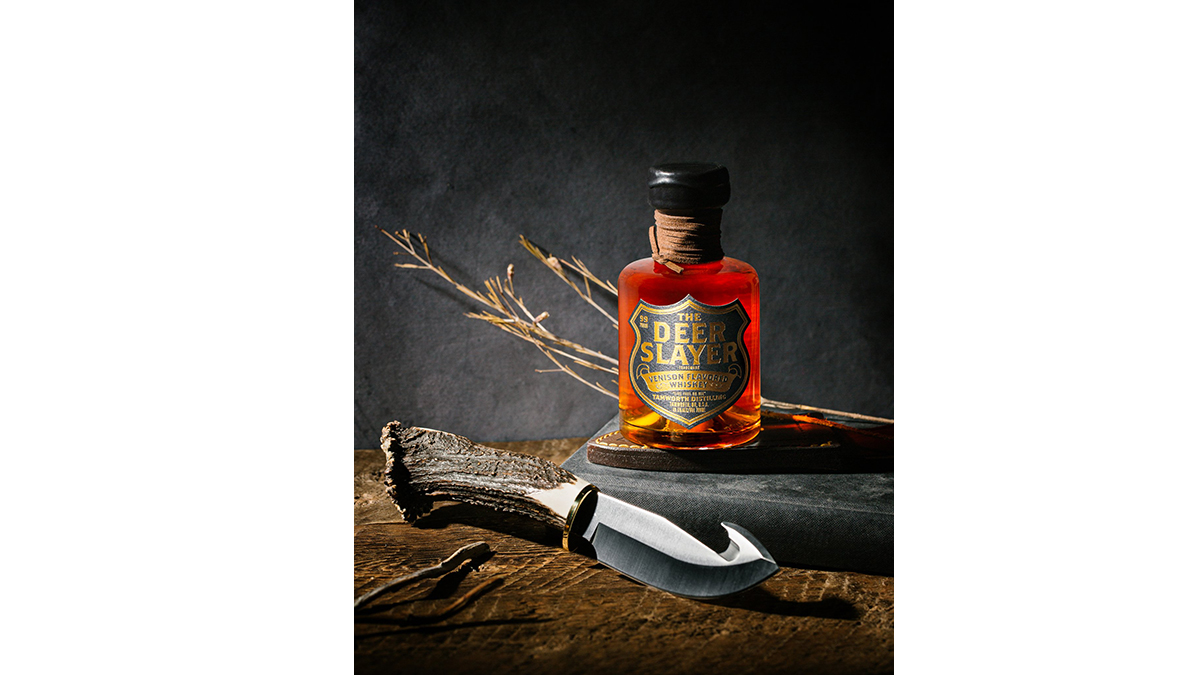 Tamworth Distilling is set to introduce Deerslayer Whiskey, which is made with actual venison (deer meat). The new offering follows in the footsteps of the New Hampshire distillery’s other envelope-pushing offerings such as Eau de Musc, a two year aged Bourbon that “proudly features an old-world flavoring technique that uses the oil extract from the castor gland of the North American beaver, which exudes a leathery, raspberry taste, and acts to fortify the whiskey flavors”

Speaking about their newest offering, Tamworth Distilling explained, “The Deerslayer is a whiskey flavored with the flora and fauna of New Hampshire in autumn — in particular, venison. We chose a 3-year old white wheat whiskey for its lighter body, and distilled it with slow-smoked red deer venison and seasonal ingredients like porcini mushrooms, cranberries, juniper berries, and green peppercorns. Savory and smoky notes characterize this one-of-a-kind spirit, with a subtle spice on the palate and a lingering finish.”

In a statement, head distiller Steven Grasse, said: “No matter what the world thought 2020 would be like, it’s safe to say that everyone was wrong. I have been interested in the idea of using venison and durian fruit as flavouring agents for some time. The gaminess of the venison lends itself as a savory compliment to the sweetness of the wheat whiskey creating a truly creative carnivorous concoction, while the juxtaposition of death and decay to delicate and floral notes of the brandy, is purely divine.”

Tamworth Deerslayer Whiskey is currently available for pre-order via the company’s online store for the price of $65 per 200ml bottle. They can only be picked up directly from the distillery.

Tamworth is also set to unveil a Corpse Flower Durian Brandy next month, which is distilled with indole, an organic compound which can smell floral or putrid depending on the concentration, and durian, an edible fruit known for its pungent aroma.