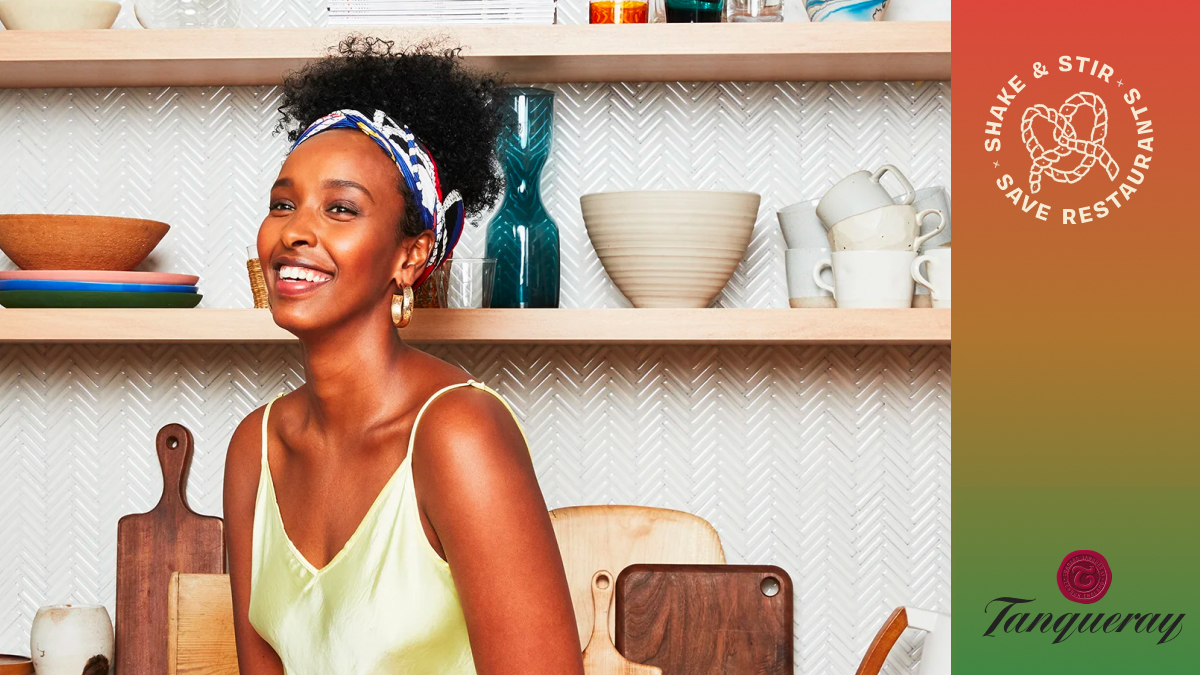 For the last couple weeks, Tanqueray and Kitchen Rodeo have been partnering up on a new series called Shake & Stir. The cocktail and dinner pairing classes from the Diageo-owned Gin brand feature top of the line chefs and bartenders from across the United States.

Previous editions of series have featured Chef Kia Damon and Mixologist Lauren Davis who teamed up to pair a sausage and duck confit gumbo with an aromatic G&T with Tanqueray No. TEN. The most recent episode found Chef Fany Gerson and Bartender Danny Louie making a shrimp and pumpkin seed mole, which they complemented with an Autumn Conquistador with Tanqueray No. TEN.

The final edition of Tanqueray and Kitchen Rodeo’s Shake & Stir series is set to occur on Thursday, November 19 at 7pm ET, and will feature Chef Hawa Hassan and Bartender Robert Bjorn Taylor.

Chef Hassan will be guiding viewers through making Somali Bariis, a rice dish traditional to the East African nation. This sweet and savory pilaf is usually served with a beef stew or stewed chicken, but can double as breakfast with the addition of fried eggs on top. The combination of cooked onions, warmed spices and sweet raisins is perfect for a cozy November night.

Kitchen Rodeo and Tanqueray created Shake & Stir to support the hospitality community. In the three-part series, chefs and mixologists walk attendees through making and mixing some of their favorite dishes and cocktails.

Alongside a generous $25,000 donation by Tanqueray, 100% of proceeds of the series go to support Relief Opportunities for All Restaurants (ROAR) and Independent Restaurant Coalition (IRC), both fighting to save independent restaurants.

Head over to the official website to make a donation and get tickets for the class.