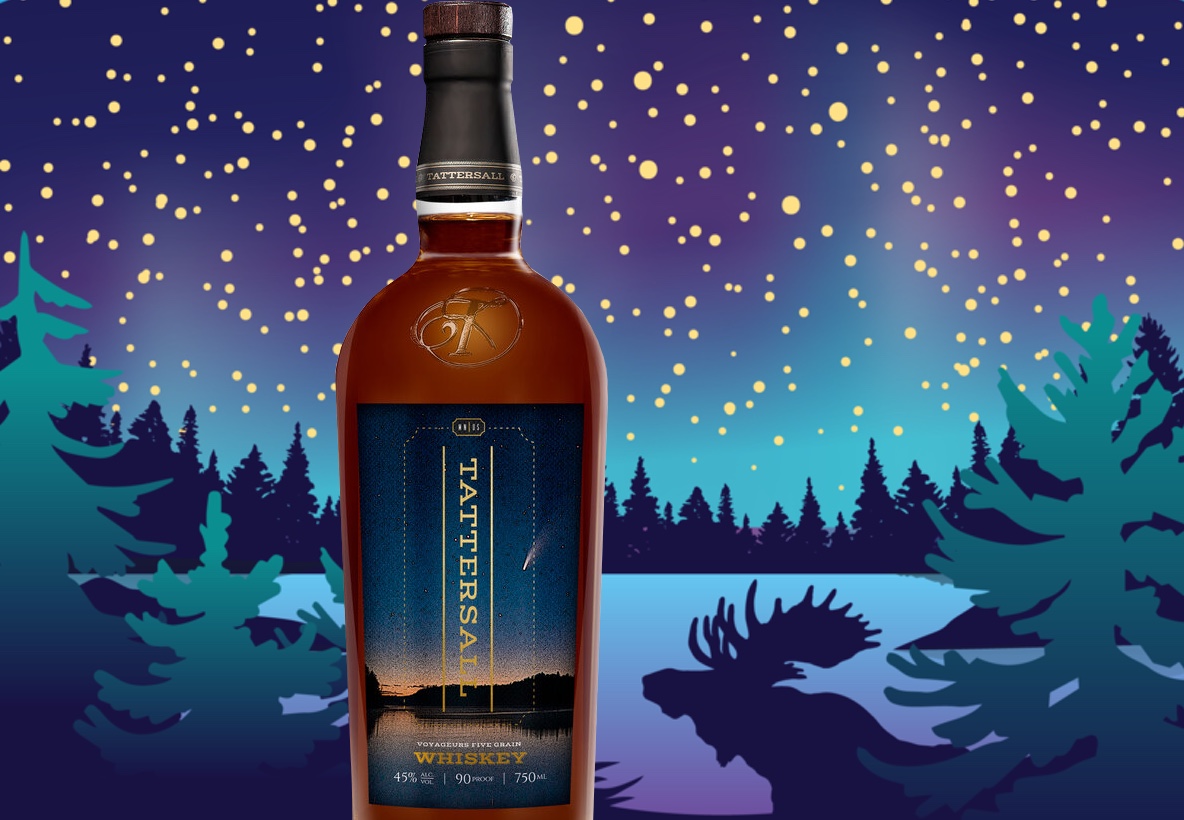 Tattersall Distilling recently announced the release of Voyageurs Five Grain Whiskey – the result of the distiller’s partnership with Voyageurs Conservancy, the official nonprofit partner of Minnesota’s Voyageurs National Park. The drink was made to celebrate the preservation of the national park’s dark skies.

Distilled from a blend of five grains including rye, wheat, oat, corn and barley, the whiskey is aged for nearly three years in charred Minnesota white oak barrels. The spirit is 90 proof (45% ABV), and, according to the official tasting notes, it holds mellow notes of honey, cinnamon and hazelnut.

“Voyageurs National Park has some of the darkest skies in the region, allowing visitors to take in millions of stars, views of the Milky Way and occasionally dancing Northern Lights.

“We are grateful for the opportunity to celebrate Voyageurs’ certification as a Dark Sky Park with Tattersall, a valued partner with conservation values helping us preserve the park’s lands, waters and skies.”

With a limited release of 120 cases, Voyageurs Five Grain Whiskey is available in 750ml bottles for $50 at select retailers across Minnesota. 375ml bottles can also be purchased at Tattersall’s Northeast Minneapolis cocktail room for $30. Proceeds from the whiskey benefit the Voyagers Conservancy’s work to protect and preserve the park’s lands, waters and dark skies. The distillery is yet to comment about whether the release will make it out of its home state.

For more information on the new release, head over to the Tattersall official website.