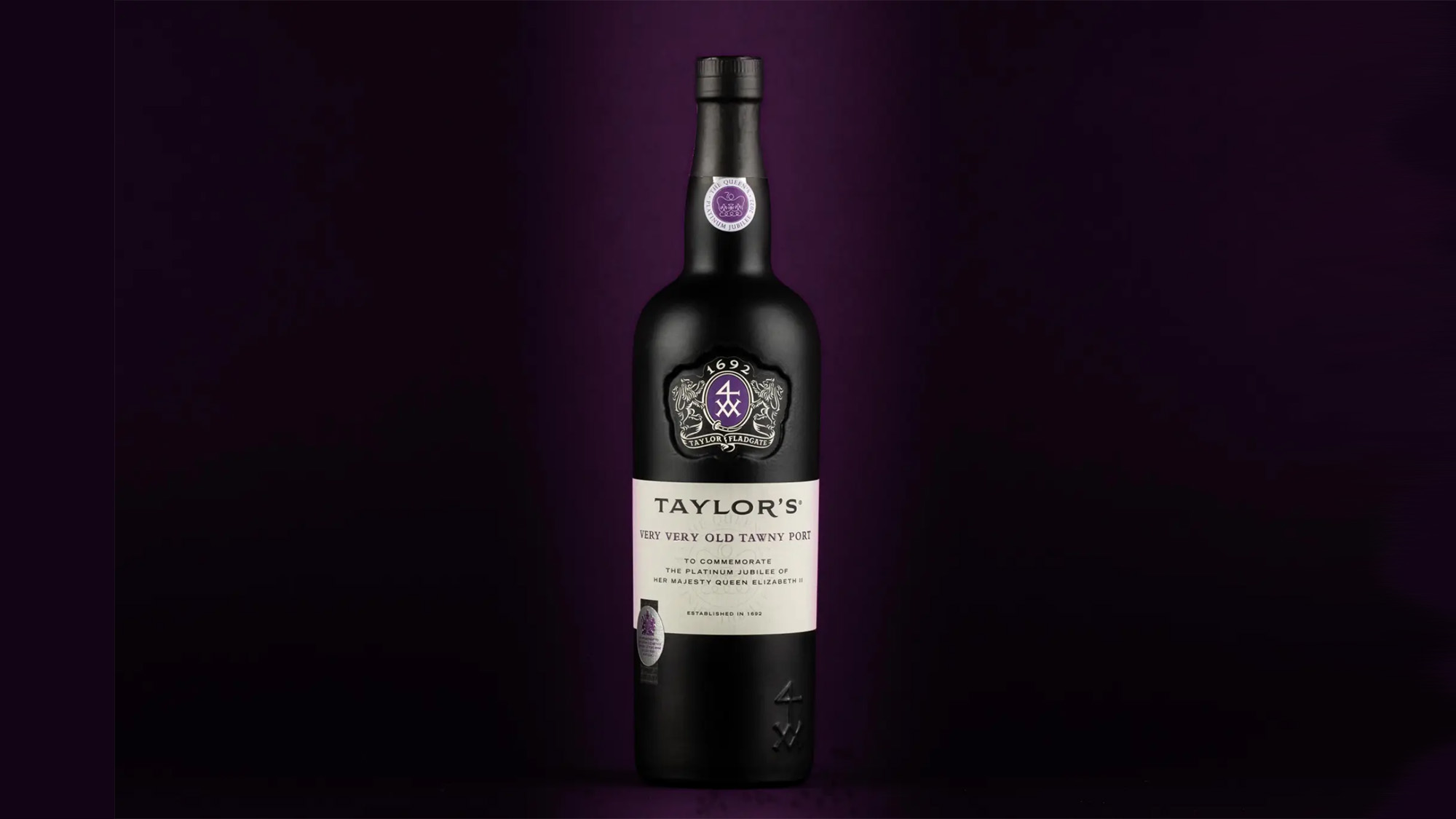 Taylor’s Very Very Old Tawny Port was created with wines aged from the time Queen Elizabeth was crowned. The component wines were individually selected and blended by Taylor’s blenders.

“To celebrate this unprecedented anniversary, Taylor’s, holder of the royal license to supply Port Wine to HM Queen Elizabeth II, decided to bottle Taylor’s Very Very Old Tawny Port. This exceptional Port wine is made from the finest wines from our extensive reserves of old wines, which have been aging in oak casks since the Queen succeeded to the throne, silently attesting to Isabel II’s extraordinary reign as monarch with the longest reign in British history.” said Adrian Bridge, Managing Director of Taylor’s. “We are delighted to be joining such an exceptional celebration with the launch of a unique port. This is the perfect wine to make a toast to Queen Elizabeth II.”

Aromas of anise, marzipan, quince and subtle notes of caramel, overlap with surprising refinement and a very balanced acidity. The decades of aging in wood have concentrated this wine almost to an essence, producing intense and complex aromas of nuts and spices, evidenced by a crunchy acidity that gives the wine an attractive freshness.

The Port is being released in a limited edition of 2,000 bottles and will be available in fine wine merchants beginning in April. It is priced at £350 per bottle.

“We are delighted to celebrate such an exceptional commemoration with the launch of a unique Port wine. The perfect glass to raise a toast to Her Majesty Queen Elizabeth II,” Bridge added.

For more information, head over to Taylor’s official website.

Earlier this month, Buckingham Palace and the Queen released their own English sparkling wine to celebrate her Platinum Jubilee.