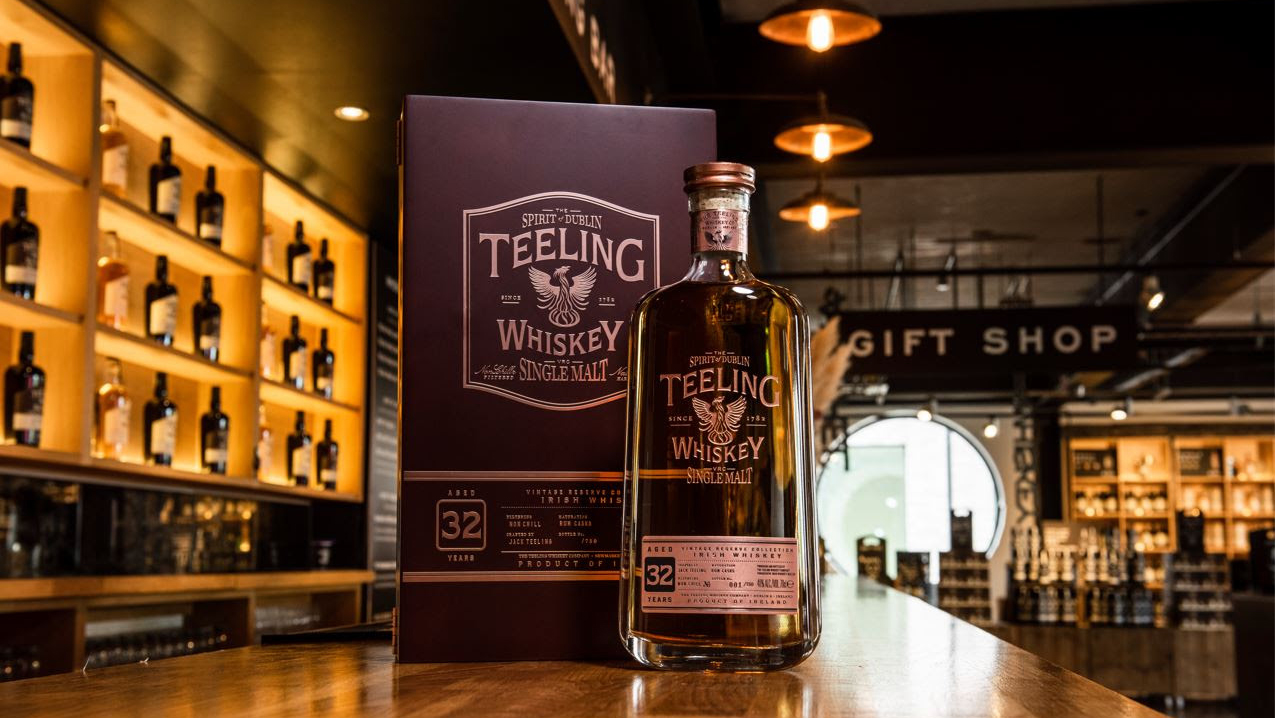 Teeling Whiskey have unveiled the latest release in its limited edition Vintage Reserve Collection – the Teeling 32-Year-Old Irish Single Malt. Limited to just 750 bottles, this whiskey is amongst the oldest bottlings of Irish Single Malt recently released, making it one of the world’s most exclusive Irish whiskeys.

“We are extremely proud to be able to release some of the oldest ever bottlings of Irish Single Malt with our Vintage Reserve Collection,” said Jack Teeling, founder of the Teeling Whiskey Company. “These offerings are central to our goal to help drive diversity in Irish whiskey by introducing interesting and unique small batch bottlings. There is nothing else like these Irish Single Malts on the market and they represent a rare piece of Irish whiskey history in each bottle.”

The Teeling 32-Year-Old Single Malt will be available initially in the Teeling Whiskey Distillery, Celtic Whiskey Shop and very select Irish retailers for the price of €2,000 per 70cl bottle before being rolled out to a range of International markets across Asia and Europe.

To find out more information on Teeling Whiskey’s official website.

In June, Teeling Distillery celebrated turning six years old with the release of a limited edition Irish whiskey called Birthday Batch. Just 600 bottles of the whiskey were made available to purchase.

In February, Teeling unveiled the third bottling in its Renaissance series, a collection of limited edition unique Irish Single Malts. Launched in 2019, the Dublin distillery crafted the series to celebrate the Renaissance of Teeling, Dublin and Irish Whiskey as it continues to be the fastest growing Premium Spirit in the world. The Renaissance Series Three bottling follows on from the first two award-winning releases, which won Gold at both the 2020 International Wine and Spirits Competition and 2020 Irish Whiskey Masters.