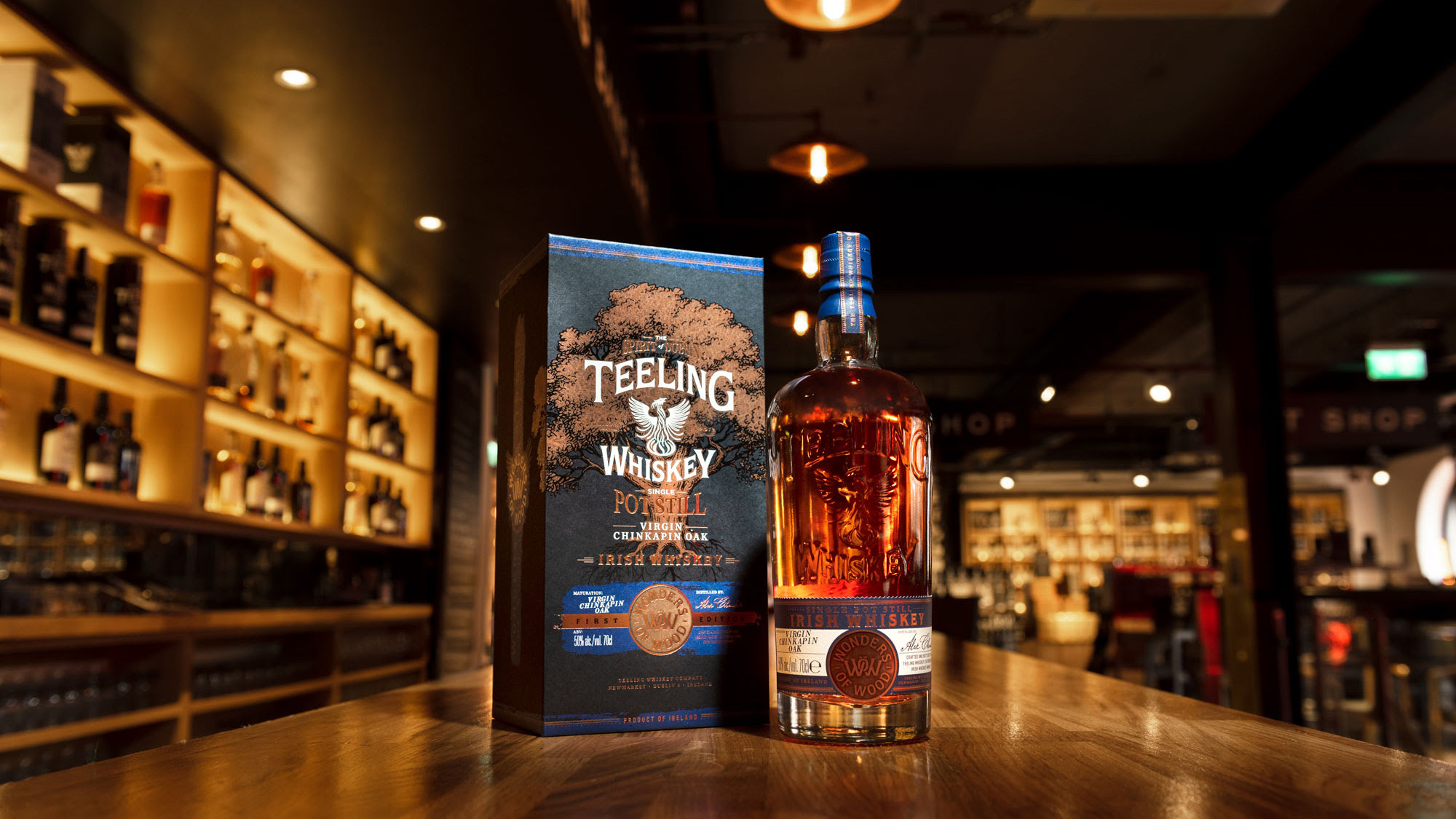 Teeling has unveiled the first release in the Wonders of Wood (WOW) Series of Single Pot Still, limited edition bottlings. The new series is part of the brand’s mission to push the boundaries of Irish whiskey by utilizing unique styles of wood for maturation.

The first edition of WOW bottlings consists of Single Pot Still crafted from a recipe of 50% malted barley and 50% un-malted barley, which has been triple distilled in the Teeling Whiskey Distillery in Dublin and then fully matured in virgin Chinkapin American White Oak barrels. Chinkapin oak is native to Eastern and Central North America with a wide wood grain that is similar in composition to Chestnut Oak. When used for the maturation of whiskey it produces a truly different taste experience, layering a distinctive gingerbread spice and banana bread sweetness unique to Irish whiskey. It has already been honored at the 2022 World Whiskies Awards for its quality, picking up the title of the World’s Best Irish Single Pot Still.

On the nose, the whiskey offers aromas of sweet toffee and butterscotch with caramel biscuits and wood tannins. The palate delivers banana bread and ginger spices along with velvety cream soda coating the mouth. The finish finds wood spice accompanied by dark chocolate and a hint of black pepper.

Each bottle of Teeling Whiskey Wonders of Wood purchased will facilitate work with the Tree Council of Ireland in the reforestation of an acre of woodland with exclusively native Irish trees, in the Glencree region of County Wicklow just outside of Dublin.

“Wood is an amazing, sustainable and environmentally friendly material that plays a huge role in developing the flavour and character of a whiskey as it matures,” said Jack Teeling, Founder and Managing Director of Teeling Whiskey. “We are truly in wonder of the role wood has in crafting our Teeling Whiskeys as well as its impact on the wider environment. As such, while it was important to ensure each release of our new WOW series lives up to our world-class reputation and to help us expand the growing premium Single Pot Still category of Irish whiskeys, we also wanted to ensure we gave something back to our local environment. As such we were delighted when the Tree Council of Ireland partnered with us to allow us to do our part in helping the replanting of our native Irish forests.”

The Teeling Wonders of Wood Single Pot Still whiskey will be initially available in Ireland through the Teeling Whiskey Distillery gift shop, the Celtic Whiskey Shop and select premium retailers throughout the country. It will then be rolled out into European and select Asian markets as well as being released in the US later this year.

To find out more about our Wonders of Wood Single Pot Still and it’s availability, head over to the brand’s official website.

Last month, Teeling unveiled the fifth and final bottling of its Renaissance series.