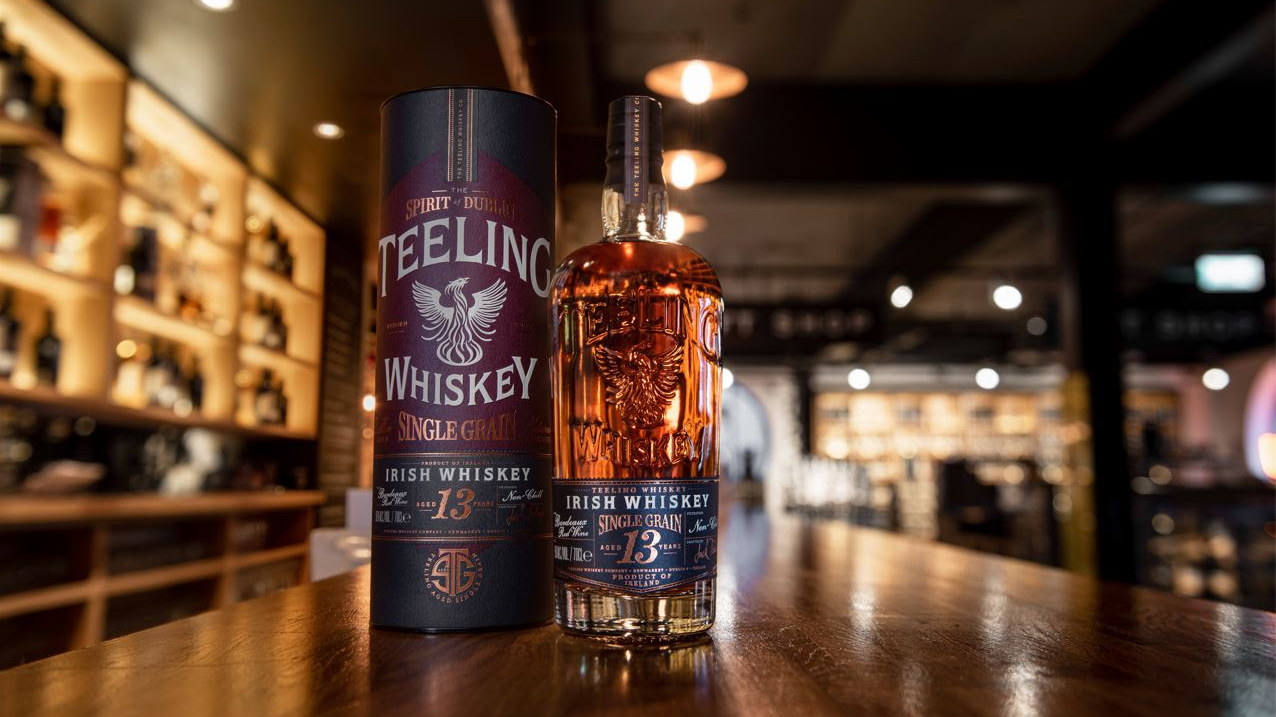 Bottled at 50% ABV, The Teeling 13-Year-Old Irish Single Grain consists of triple distilled Irish whiskey distilled predominantly from maize, initially matured for 9 years in ex-Bourbon barrels before being given extra maturation for over 4 years in ex-Bordeaux Red Wine casks

The new expression of Teeling Single Grain differs from the original through its dual cask maturation. The initial bourbon cask maturation produces a base of sweet vanilla and caramel with buttery oak, which is then complimented by the extra aging in the Bordeaux Red Wine casks, layering on a bouquet of red berry and soft orchard fruits with honey notes.

“It’s a little known fact that the majority of Irish whiskey sold is actually grain whiskey as it makes up the majority of the composition in big multinational owned brands of Irish whiskey,” commented Jack Teeling. “As such, since our formation we have been keen to ensure we offered unique and interesting expressions of Teeling Single Grain Whiskey. Our new 13-Year-Old release is a further representation of our mission to help drive the continued expansion of the Irish whiskey category through unique bottlings and expressions.”

The Teeling 13-Year-Old Single Grain will be available initially in the Teeling Whiskey Distillery, Celtic Whiskey Shop and very select Irish retailers for the price of €85 per 70cl bottle, before being rolled out to a range of International markets across Asia and Europe over the next few months.

Earlier that month, Teeling unveiled the latest release in its limited edition Vintage Reserve Collection – the Teeling 32-Year-Old Irish Single Malt. Limited to just 750 bottles, this whiskey is amongst the oldest bottlings of Irish Single Malt recently released, making it one of the world’s most exclusive Irish whiskeys.