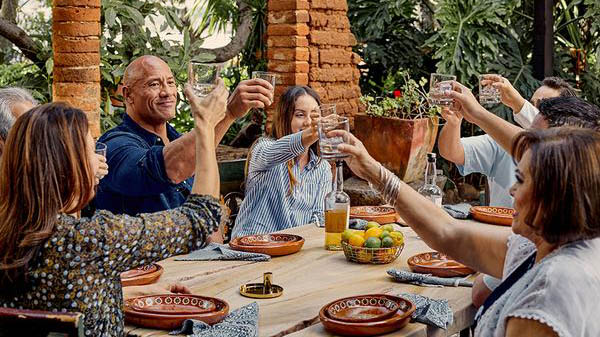 Teremana is a 100% Blue Weber agave Tequila and is produced at the brand’s distillery, which is attached to a larger, family-owned facility in the highlands of Jalisco, Mexico. Currently the brand is experiencing “unprecedented demand” and is therefore expanding production.

“We have had significant out of stocks during our launch year due to the unprecedented demand,” said Fagnan, co-founder of Teremana Tequila. “Since Teremana is made in a small batch style, we can only increase production so quickly and have not been able to keep up with demand. We are building more brick ovens and copper pot stills as we speak. If we continue to do what we are doing, the right way, we clearly see Teremana being a million-case brand and beyond.”

“Obviously, the US, Mexico and Canada are key markets, however, we see Teremana being a strong global brand and we are planning in the near future to focus on Europe, Asia, etc,” said Fagnan. “Tequila is just getting started globally and we are bullish on expansion and educating the consumer around the globe about great Tequila.”

In November 2019, Johnson joined the long line of celebrities with their own spirits brand when he announced his own Tequila company. Taking to Instagram, the pro wrestler turned actor announced the liquor would be dubbed Teremana Tequila. Apparently, we’ve been smelling blue agave all along.