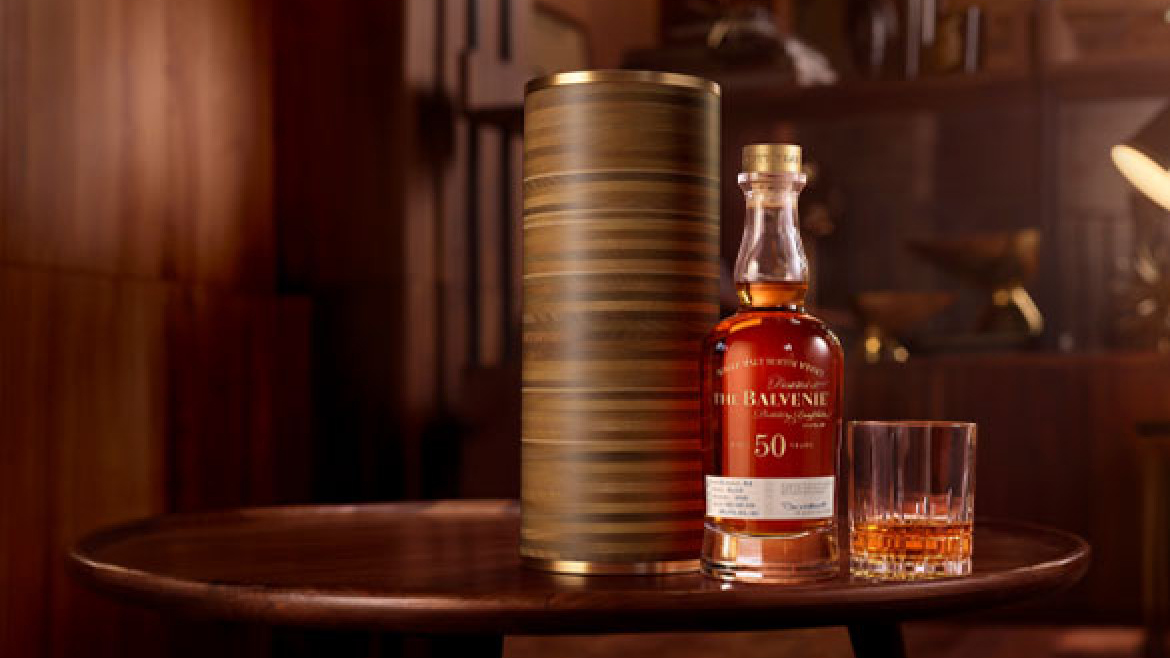 Balvenie Fifty Marriage 0614 marks the end of the famed Speyside distillery’s collection of fifty year old casks. Coming in at $40,500, the Whisky is nothing to scoff and marks one of the finest achievements in the history of the brown spirit.

David Stewart MBE has been the Malt Master at Balvenie since 1974. In fact he was the Malt Master of the entire William Grant & Sons Scotch portfolio, which also includes Glenfiddich and Grant’s, until 2009 when he stepped away to focus his attention solely on Balvenie. He’s the longest-reigning malt master in the history of Scotch Whisky and still, the Whiskies that go into Marriage 0614 have been in the barrel longer than Stewart has been at the helm.

Stewart himself selected the American and European oak casks to create the blend with only Whisky aged 50 years or longer being included in the expression. Five casks used in Marriage 0197 and two new casks were were merged to create the new release.

Bottled at 46 percent, Balvenie Fifty Marriage 0614 features dark spices, rich fruit cake, lots of elegant oak notes on the nose, followed by sweeter aromas of dried fruits, raisins and sultanas ending on a ginger spiciness. The palate is rich and lush with some bitter chocolate. Intensely spicy, there is a maple syrup sweetness, hints of honey and well integrated oak tannins. The finish is rich and mouth coating with those sweet and oaky spiced notes.

“These innovations in marrying the liquid, and the unexpected twists of whisky maturation, continue to present us with new challenges and opportunities to create unique and precious Balvenie expressions,” Stewart said in a press release.

The Balvenie Fifty: Marriage 0614 follows in the footsteps of fellow 50-year-olds the Marriage 0197 launched in 2019 and Marriage 0962 released in 2018. It is a fitting end to a beautiful collection and is limited to just 148 bottles globally. The Whisky will be available later this month for $40,499 USD.