Search
Home Feature The Best Place To Stay On Islay Is Also Its Most Imaginative...
Facebook
Twitter 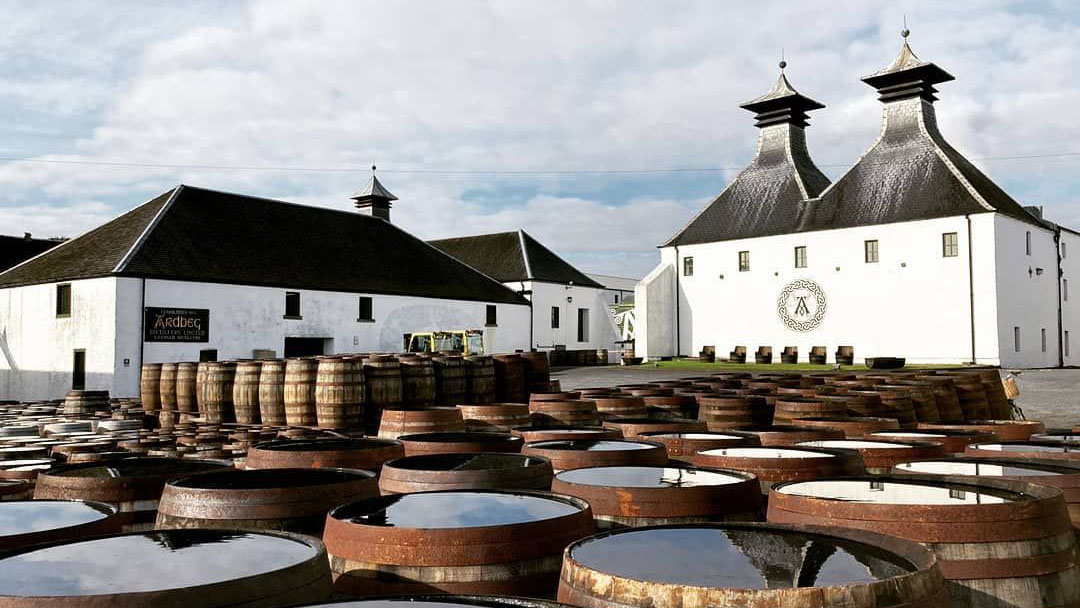 The finest part of Scotland’s famed “Whisky Coast” may be the three miles on Islay that stretch from Laphroaig to Lagavulin to Ardbeg. Located just east of Port Ellen, the trio of distilleries encapsulates everything whisky lovers young and old have come to appreciate about the rocky, rain drenched shores that hold the Scotch world’s smokiest stuff. Of those, it’s the last in line, Ardbeg, that manages to push the imagination the furthest, and it also happens to be the best place to stay on Islay.

Over the past several decades, Laphroaig and Lagavulin have grown into household names. My father drank Laphroaig, my uncle enjoyed Lagavulin. Ardbeg, meanwhile, teetered on the edge of disaster until its purchase by Glenmorangie in 1997, which has since been bought by LVMH. Since then, the brand has earned a cult-like following of whisky zealots who encourage Director of Distilling Dr. Bill Lumsden to push the boundaries of whisky on every level.

Take for example the January 2022 committee-only limited edition release, Ardbeg Fermutation. The offering is the result of an unplanned experiment that resulted in the longest fermentation in Ardbeg’s history. As the story goes, in November 2007, a broken boiler threatened the existence of six washbacks full of precious Ardbeg liquid. The team tried everything they could to get the boiler going, but to no avail. Lumsden saw this conundrum as an opportunity to experiment. He instructed the distillery workers to throw open the washback lids and expose the contents to the Islay air. Thus began a three week-long fermentation, which eventually gave rise to a wild, zingy and vibrant spirit.

It’s this willingness to throw caution to the wind that separates Ardbeg from other distilleries on Islay and across Scotland. It’s something that can be tasted in their various releases, be it the chocolate and menthol-y Traigh Bhan Batch 4; the Fon Fhòid, which was buried in a peat bog; or the punk-y Ardcore that was released to celebrate Fèis Ìle 2022.

While one can certainly taste the imagination in every bottle of Ardbeg, it’s an entirely different thing to see the place that inspires it, and it’s a whole step further to stay at the distillery while experiencing it. That’s right, you can stay at the Ardbeg distillery.

Located at the very end of a long street along the southern shores of Islay, the Ardbeg distillery offers quite possibly the most comprehensive tour of any in Scotland, not to mention one of the most knowledge and friendly individuals in the Scotch world, Visitor Centre Manager and Chairman of the Ardbeg Committee Jackie Thomson. Taking visitors along every step of the whisky making process, guests can see the process go from grain to glass. There’s also a lovely cafe, and the best whisky merchandise store possibly on the planet–no doubt due to the brand’s affiliation with Louis Vuitton.

The Best Stay On Islay

Making things even better is that you could be just feet (or meters) from Seaview Cottage, the best place to stay on all of Islay. For whisky lovers, there are few things as unique as getting to spend the night next to one of the world’s finest distilleries. Make that a two-storey, three-bedroom semi-detached home with a lush backyard that slopes down into the water, and you’re having yourself the experience of a lifetime.

The price is also pretty nuts, like reasonably priced nuts, costing between £220 and £270 per night depending on the time of year.

If you’ve ever dreamed about walking the coast of Scotland from distillery to distillery, while spending the night in a house on the water that is located within the walls of one of the world’s best distilleries, there’s nothing quite like staying at Seaview Cottage at Arbeg.