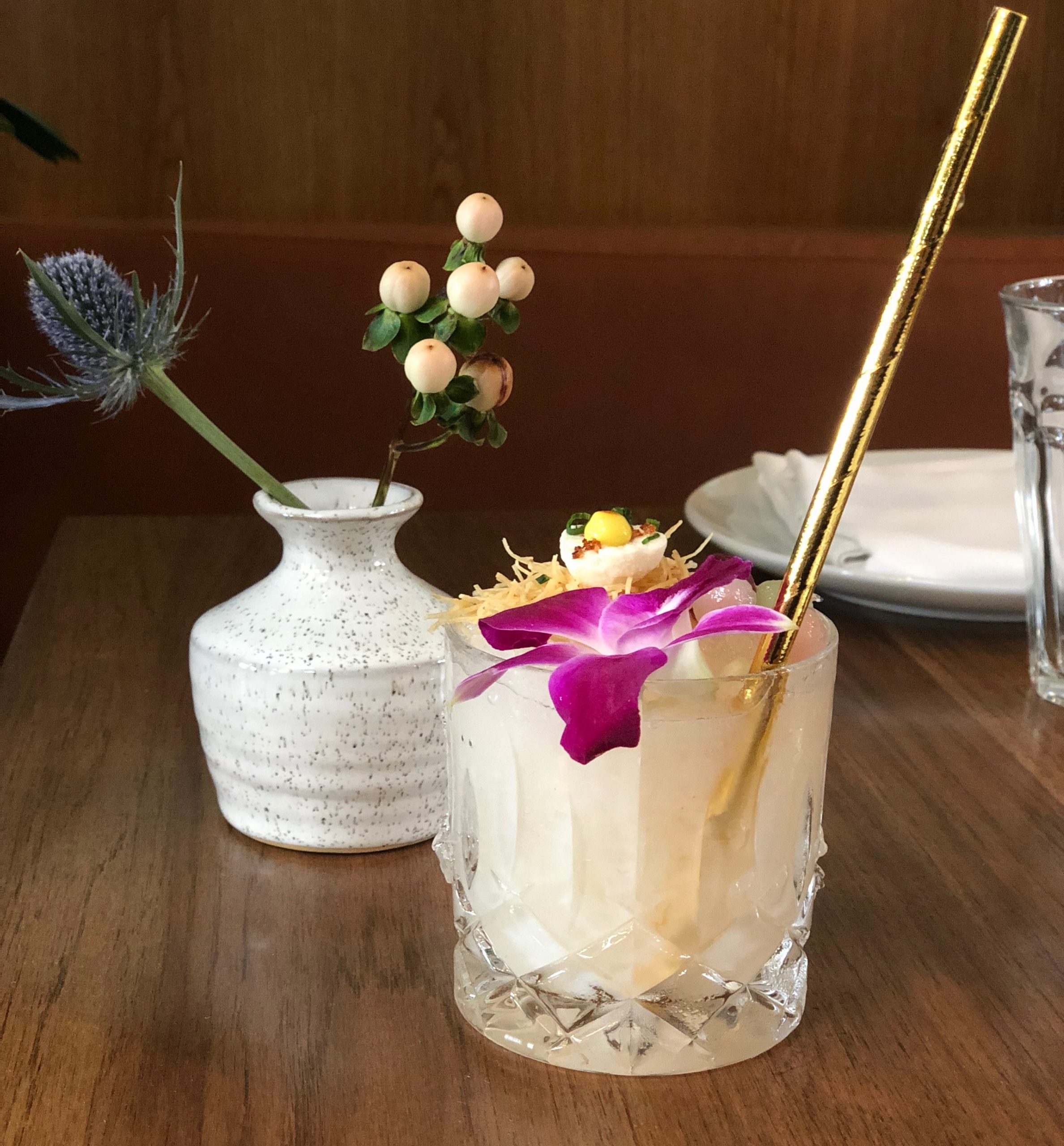 Started in 2013, Negroni Week has evolved from a simple showcase to a celebration of cocktail ingenuity. Though the classic is based on one part Campari, one part gin and one sweet red vermouth, Beverly Grove newcomer Nic’s decided to flip the recipe, creating a stylish plant-based nod to the diversity of LA’s food and beverage scene.

The result: The Bua Loy Kai Wan Negroni, a playful cocktail inspired by both East Hollywood’s Thai Town and North East LA’s Mexican roots. Crafted by Beverage Director Jason Eisner, who’s already known for the vegan-friendly drinks of Gracias Madre as well at the hip hang-out Block Party in Highland Park, this inventive glass is as comforting as it is creative.

Bua Loy Kai Wan itself is a traditional Thai coconut soup, but the drink gets Latin flair with a rich almond milk horchata mixed with an uplifting splash of Mezcal El Silencio Espadin.

Homemade Kick Boxer bitters evoke the feel of Aztec chocolate and spiced agave nectars. Effervescent little boba-like balls crafted from taro, kabocha, and pandan – plants that are staples of Thai cuisine – make the glass even more spirited. While the entire drink is ever artful, an intricately crafted Thai vegan egg was the true showstopper. Adding to its allure is the lush drink’s secret: the cocktail’s only touch of Negroni is hidden in plain sight. Like any good treasure hunt, the fun is in the finding.

Eisner generously shared his ingredient list with us, but the exact recipe will have to be left with the pros. Don’t fret though, the Bua Loy Kai Wan Negroni gives you a great excuse to venture westward.