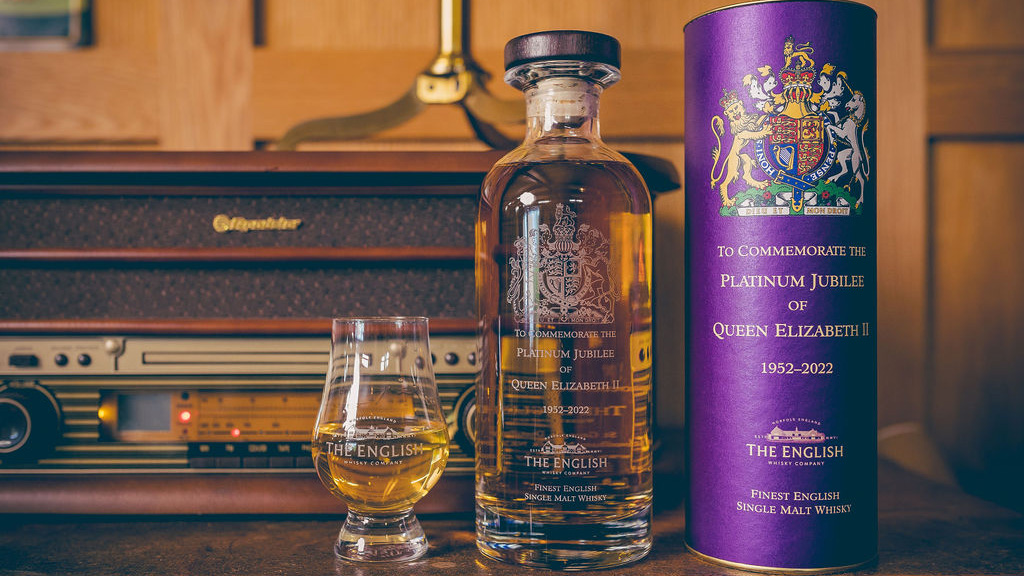 The English Whisky Company is celebrating Queen Elizabeth II 70 year reign with the launch of The English Royal Platinum Jubilee single malt whisky. The new offering joins the brand’s Royal range, which are only bottled to mark births, marriages, coronations, and jubilees.

The English Royal Platinum Jubilee is sourced from “the finest oak casks,” though other details about the release, such as the age of the whisky and where the barrels came from, remain scarce.

The liquid itself is described as, “a wonderfully light and crisp single malt whisky chosen from a selection of our finest oak casks to give a lovely taste of vanilla ice cream with hints of marzipan.”

Bottled at  46% ABV, just 3000 bottles of The English Royal Platinum Jubilee have been created and are priced at £75 per 70cl bottle. It can be purchased from the brand’s official website.

A number of brands have released special bottlings to commemorate Her Majesty’s Platinum Jubilee, including The Queen herself, who released her own English sparkling wine to mark the occasion. Elsewhere, Taylor’s Port launched its Very Very Old Tawny Port in celebration, while Berry Bros & Rudd unveiled a limited-edition Good Ordinary Claret.