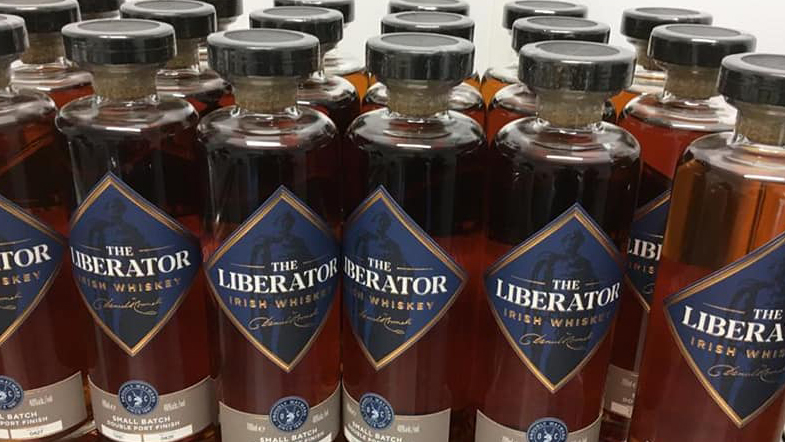 The Liberator Irish Whiskey has expanded its Small Batch series with the addition of Double Port Finish and Cask Strength offerings. The Whiskies from the Wayward Irish Spirits-owned brand joins their initial Irish Malt Whiskey release.

“We are excited to be launching this blended Whiskey that we have been working on during the lockdown,” said founder Maurice O’Connell in a prepared statement. “This first release of 3,000 numbered bottles from our Small Batch series has a high Malt content of 42% giving it depth and complexity while being elegant and approachable. Bottled at 46% ABV, gently cut over 5-6 weeks, natural colour and not chill filtered.”

“We are also releasing 156 hand numbered half bottles (350ml) of The Liberator Small Batch Cask Strength, bottled at 61.7% ABV, which has been really well received by the Whiskey community” added O’Connell. This is the first from our Storehouse Special range, which are small releases of interesting Whiskeys from our Bonded Storehouse, whether Cask Strengths versions or test releases of possible Whiskey expressions.”

With pubs and bars closed, it’s been difficult for people to taste our Whiskeys and get to know them, so we are releasing miniature bottles of both the Malt in Tawny Port and the Small Batch: Double Port Finish,”