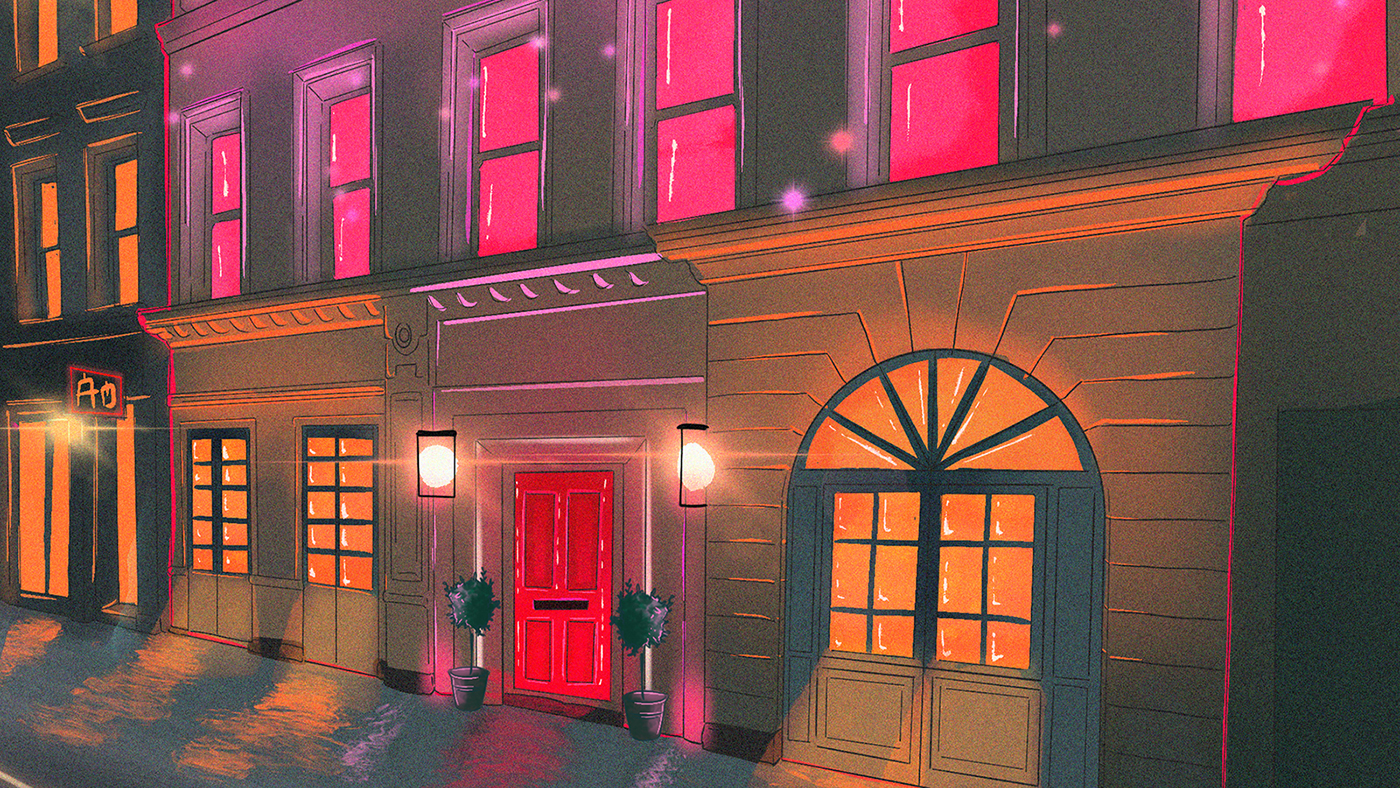 The Little Door & Co is set to open its fourth site, The Little Scarlet Door, in London’s Soho. The house party-inspired venue, which will occupy a 2,200 sq ft space across two floors in the newly redeveloped, multi-use Ilona Rose House at 12-13 Greek Street, is the group’s first central London venture.

Designed by Behind the Doors Design, The Little Scarlet Door features exposed brickwork, concrete flooring, industrial finishes and fittings, floor-to-ceiling tiling, leather and velvet upholstery and a colourway of reds, pinks, greens and neons throughout a New York loft-style interior.

The bar itself will be located in the kitchen of the fictional flat share, while a range of areas include ‘the nook’, ‘the breakfast table’, ‘the laundry room’, while a communal shower complete with rubber ducks and shower caps and the Warhol-inspired silver ‘vault’ offer a choice of spaces for drinking and dining.

The cocktail menu – encased in the flats communal diary and photo albums – will feature sharing cocktails served out of the kitchen in vases and mixing bowls such as the Little Miss Sunshine (Hendricks gin, Reyka vodka, St Germain, apple, rosemary and sage) alongside signature serves all named after the flat’s favorite TV shows and movies such as the La La Land (42 Below vodka, raspberry, Martini Rose, Mozart White, vanilla) – or the House Punch (Bacardi spiced rum, Toti dark rum, Wray & Nephew rum, guava and fruit juices).

Vinyl records, neon artwork, board games and bookshelves, complete with the flats shared collection, bring a unique lived-in quality to the space for which the group is known. The lower ground floor will also reportedly be available for exclusive hire for private house parties.

“We are so excited to be opening in Soho and for Scarlet to join our eclectic family of flat parties,” said The Little Door & Co co-founder and director Kamran Dehdashti. “It’s long been our goal to open in Soho – an area with rich history, a naughty vibrancy and a sizzling energy that excites us all – and we know that Scarlet will fit right in. We’ve created something noticeably different in Scarlet, while holding onto the character, quirks and nuances that everyone loves about the Doors.”

The Little Door & Co co-founder and director Jamie Hazeel added, “The Little Scarlet Door marks a key milestone for the group, which sees us travel beyond South and West London for the first time. We’ve had our eyes peeled for the right site centrally for some time and are delighted to have found a home in a building and location steeped in Soho’s signature heritage. We can’t wait to unveil our newest space. With its industrial inspired décor, Scarlet is giving another twist to the brand – it really is going to be the ultimate house party.”

The new Soho venue will not have a sign, featuring only a standalone scarlet red door on Greek Street to mark the entrance to the bar, which will be open from June 6.

The Little Scarlet Door in Soho joins The Little Yellow Door in Notting Hill, The Little Blue Door in Fulham, and The Little Orange Door in Clapham.

For more information, head over to the bar’s official website.