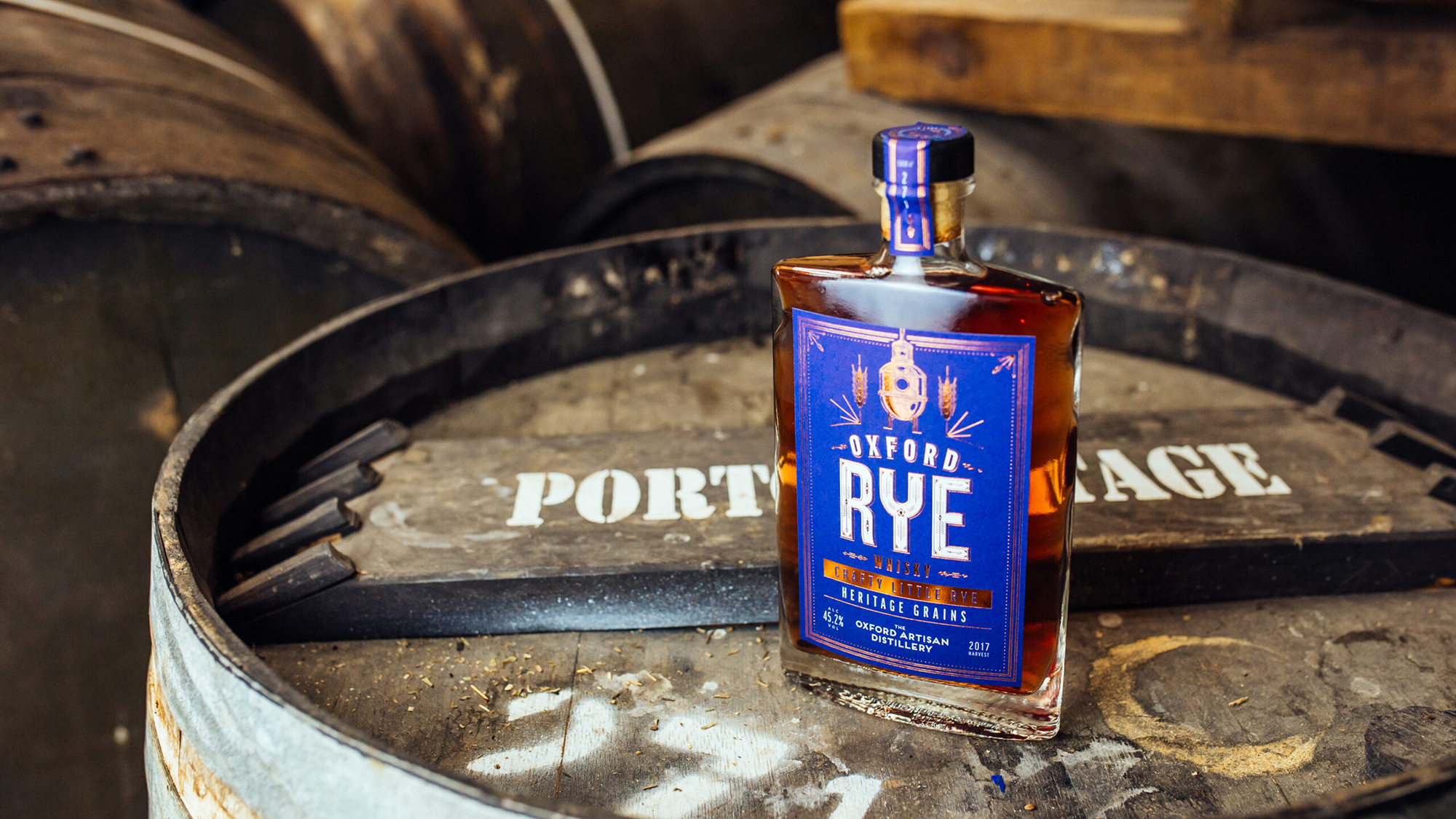 The Oxford Artisan Distillery has unveiled its latest whisky release, Crafty Little Rye. The new expression will be exclusively made available from the distillery’s on-site shop and through an online ballot.

Batch #6 of Oxford Rye Whisky uses the house mash bill of 90% maslin (a mix of 70% rye and 20% wheat from populations grown together in the same field) and 10% heritage malted barley, the grain is flattened and the resulting course flakes are made up in to a thick porridge. Fermentation for this batch took place over six days in the distillery’s bespoke 5000L Hungarian Oak vats, using their own in-house fermenting culture.

The resulting new make was matured in Cask #42, a lightly charred new American Oak cask, for two years and one month. The whisky was then transferred and finished in a Vintage Port cask, #271, for one year and two months.

When evaluating Cask #271, Rosa felt this parcel of whisky was at its prime and should be bottled in its own right. “The Port cask came from a top producer in the Douro valley, used in champagne for ten years before being used for Vintage Port for another 15 years, so this is a classic French barrique which was freshly emptied straight before coming to us in Oxford,” explained Rosa.

“Using virgin American Oak and an extremely good quality vintage Port cask, we have preserved both the structure and balance of our Oxford rye house character and the nuanced influence of Portugal’s famed fortified wine.”

Crafty Little Rye opens with a bright fruity aroma of berries and banana. Nutty and chocolate-y with leather and tobacco deep in its roots with a touch of spearmint and smoke. Then, cherry clafoutis with Ferrero Rocher. Finishing with refreshing peppermint and warming peppercorn, wrapped up in strawberry yogurt.

Last October, The Oxford Artisan Distillery has announced the release of The Graduate, the fourth batch of Oxford Rye Whisky.