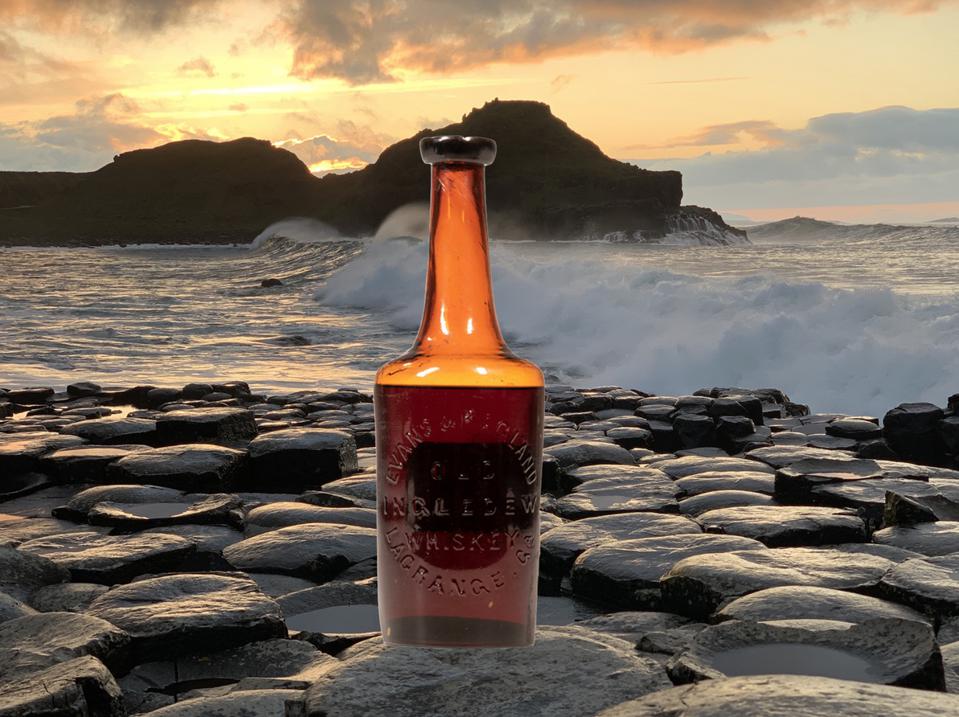 A legendary bottle of Old Ingledew bourbon, which happens to be the world’s oldest known whiskey is going under the hammer this summer.

If you’re interested in owning the bottle, you’ll be able to place a bid with Skinner Auctioneers between June 22 through June 30. There’s uncertainty about the age of the liquid, itself, since it comes from a time before modern labeling practices had been established. However, scientific analysis affords a high degree of probability that it entered the glass sometime between 1763 and 1803.

In a press release, Skinner Auctioneers states that the bourbon—which is estimated to sell for $20,000 to $40,000—was purchased by John Pierpoint Morgan during one of his frequent visits to Georgia in the late 1800s. At the time, it would have been stored in a demijohn: an ovular glass vessel usually measuring around 15 gallons in volume. Commercial bottling had only just begun in 1870 with Old Forester in Louisville, Kentucky. The practice had yet to become widespread.

So, Morgan paid a visit to a specialty grocer in LaGrange to have several decanters-worth of the liquid bottled. His son Jack eventually ended up with a portion of the stock, gifting it to personalities no less prominent than US Presidents Franklin Roosevelt and Harry Truman.

A later recipient was James Byrnes. While never occupying the Oval Office, he wasn’t exactly a slouch, serving as congressman, senator, and Supreme Court justice before being tapped by FDR to join his cabinet for WWII. After the war, Byrnes returned to his home state of South Carolina where he was elected governor in 1951. Around this time he re-gifted Morgan’s bottle to his close friend and drinking buddy, Francis Drake. But Drake and his progeny were scotch drinkers. So for three successive generations they kept a cork in it, sampling nary a sip.

When it entered the hands of Skinner, the auction house was tasked with authenticating its lineage. For this, they turned to their resident fine spirits specialist, Joseph Hyman. He (very carefully) extracted a small sampling of the bourbon and submitted it to scientists at both the University of Georgia and the University of Glasgow for Carbon-14 analysis. The results were met with wonder: a distillation date sometime between the Revolutionary War and the Whiskey Rebellion.

“I expected a date of roughly 1850. The age was a shocking surprise, albeit a pleasant one, for both myself and the scientist. Initially, we were all assuming the ‘distillery’ pre-existed the Civil War as no such distillery was in existence after the war. Archival data about the grocer/merchant Evans & Ragland existing after the war and that it was common to store whiskey in demijohns, we concluded the whiskey was bottled after the [Civil War], having been in such a demijohn for several decades.”

Whiskey only collects ‘age’ as it matures in wooden barrels, not glass. So while it’s impossible to place a specific age-statement on this particular bottle, historical record can confirm that it’s among the oldest distilled whiskey remaining on the planet today. We’ll have to wait until June, and the end of the auction to see how that’s valued.