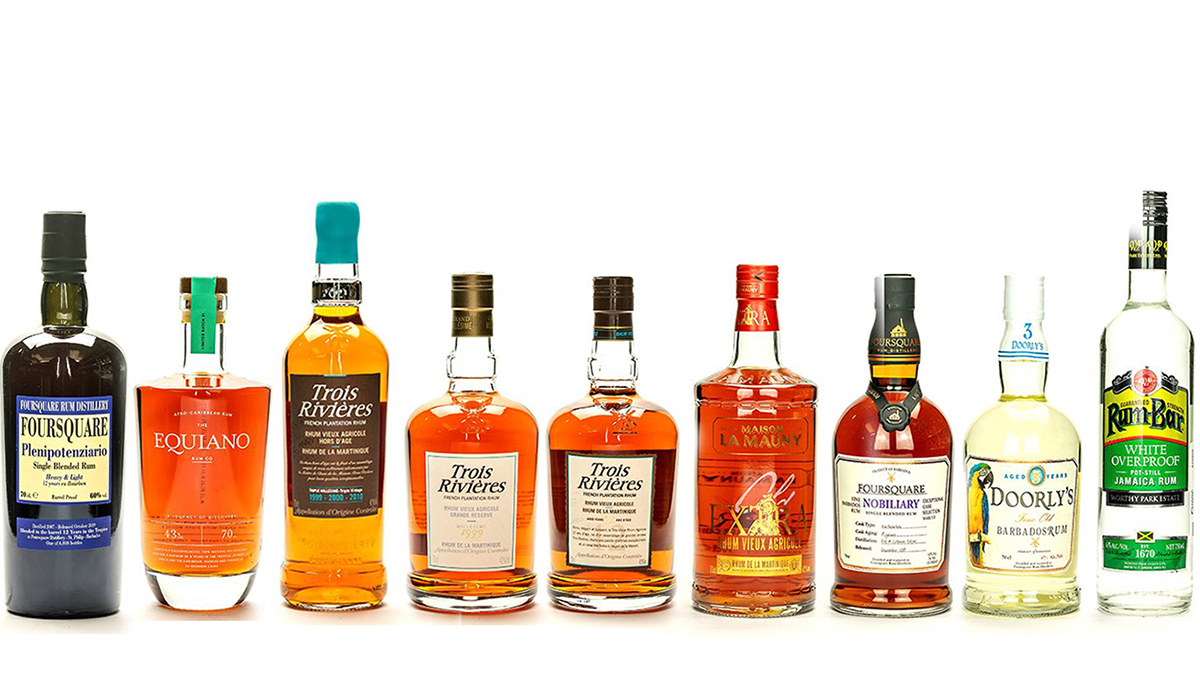 International Rum Day is just around the corner and Rums made a big statement for themselves as nine different bottlings scored 96 out of 100 points at the 2020 International Wine & Spirits Competition. While no Outstanding Gold medals were awarded in the category, the high scores still go to show that there are plenty of top of the line expressions to be found throughout the Rum world.

To no one’s surprise, it was the Carribean that shined the brightest at the annual event with eight of the nine top slots being awarded to the region. Martinique brought home four Golds, with Maison La Mauny Extra Old Rhum winning one and the other three going to Trois Rivières for their 12 Ans D’Age Rhum, Triple Millésime 1999-2000-2010 Rhum, and Trois Rivières Millésime 1999 Rhum. All three Gold medals handed out to Barbados went to R L Seale for their Foursquare Plenipotenziario Rum, Doorly’s 3 YO White Rum, and Foursquare Nobiliary Rum. Jamaica’s Worthy Park Estate Rum-Bar White Overproof Rum also took home one of the top ratings. The loan Rum not from the Caribbean directly, but with some Carribean roots in reality, was Equiano Rum, which is listed as from England.

Check out a complete list of the Gold medal winning Rums from the 2020 International Wine & Spirits Competition below:

Eight Gins, meanwhile, were awarded Outstanding Gold medals. While 10 Vodkas were also given the contest’s highest prize, along with 8 Liqueurs.