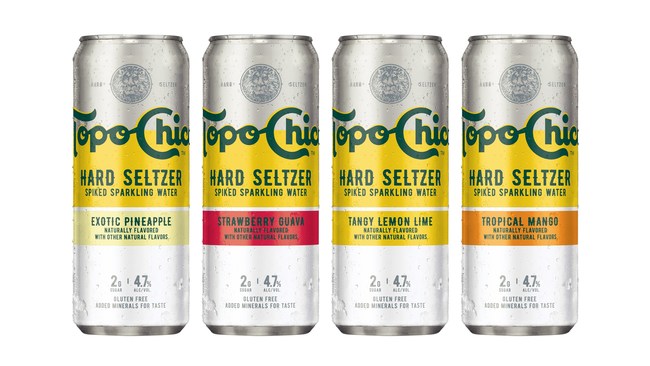 Topo Chico Hard Seltzer its set to hit shelves later this month. The read-to-drink beverage blends purified spiked sparkling water and natural flavors with minerals added for a crisp, refreshing finish. The drink will be available in four flavors including: Exotic Pineapple, Strawberry Guava, Tangy Lemon Lime, and Tropical Mango. There will be a variety of ways to purchase; retailing in four-flavor, 12-pack Variety Pack (Slim Can), two 24oz singles, and one 16oz single can.

Adding to the excitement around the drink, the launch of the Hard Seltzer is enhanced with a 360 marketing campaign. The launch will also be backed by strong paid and organic media support through a robust, social influencer plan and intercultural up-and-comers, as well as traditional earned media / PR.

For more information, and to learn where you can get your hands on a can visit the brand’s official site.

In September, Coca-Cola announced it would be releasing a hard seltzer in the first half of 2021 under its Topo Chico brand, according to the soda company’s Chief Executive Officer of Coca-Cola Co James Quincey. At the time, Coca-Cola had not released an alcoholic beverage in the United States since the 1980s, when it sold off its wine business. Coca-Cola purchased Topo Chico in 2017 for $220 million,