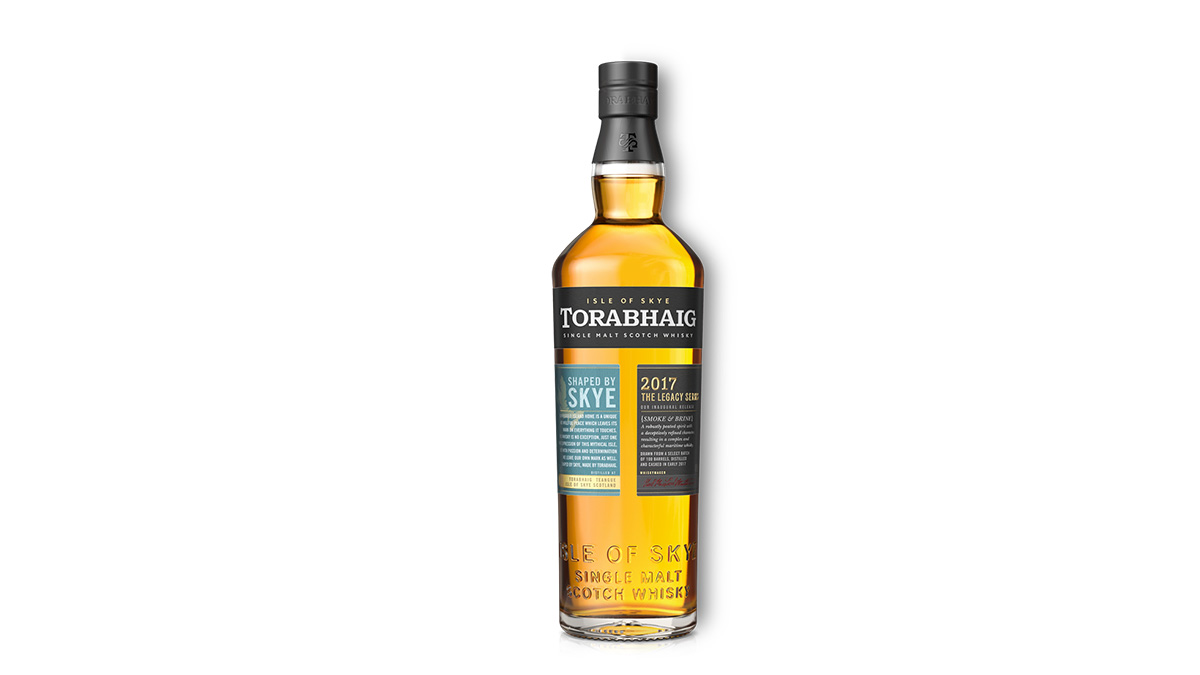 Torabhaig, the second legal distillery ever to be built on the Isle of Skye, is set to release its Legacy Series 2017 peated Single Malt Whisky early next year. The Scotch will be the first release from the new distillery, which began operations back in 2017.

Bottled at 46% ABV, Torabhaig Legacy Series 2017 will be a first edition bottling, strictly limited by number and will be the issue of a single distillation vintage.

“By opening the second ever licensed Single Malt Scotch Whisky distillery on the Isle of Skye we have from the start been mindful of the legacy we are leaving, it was never enough to make ‘just another whisky’,” explained Neil Mathieson, Chief Executive at Mossburn Distillers, the company behind Torabhaig. “We have created a characterful whisky with real depth and complexity, and an elegance and refinement which belies the extremely high phenol levels in the barley. It is a distinctive take on peat, and it is the first expression of our distillery’s signature style, a flavour profile we call Well-Tempered Peat, which we hope will help define the future of Torabhaig.”

While exact details on the Whiskies remain scarce, we do know, “The distillery at Torabhaig is truly a product of its surroundings and heritage, shaped by the wild landscape and climate of the Isle of Skye.”

“We first found the site as an abandoned but ruggedly handsome farm- steading, which just so happened to be the perfect location for a distillery,” Mathieson. “In testament to Hebridean pragmatism, the original buildings had been built using stone from the nearby ruins of Castle Camus. We saw it as our duty to preserve this history and bring the building back to life, to create something more than just a distillery. Over four years we painstakingly restored the derelict buildings, uncovering ever more history in the process, including the remains of an old mill wheel which we have refitted, and which is now powered by the cooling water from our stills. We are proud to have created our brand home with a true sense of place, now fully operational and ready to release our first Single Malt. Our tenacity and attention to detail is now to be 100% dedicated to making whisky.”

Production started back in January 2017 with a local team of nine distillers, many new to the industry. “One choice would have been to hire a master distiller to lead production, but we wanted to do more,” said Mathieson. “We see it as our duty that we pass on the traditions and heritage of blending and distilling and contribute to shaping the next generation of whisky makers. So to staff our distillery we looked for people new to the industry, who were trained and mentored by an experienced team of industry veterans, and are now working as an accomplished and passionate team of distillers.

“The ambition we have for Torabhaig is to change the course of whisky making on the island by bringing our own distinctive character.  We see an exciting future for whisky on the Isle of Skye.”

Torabhaig is also launching a member’s club called The Peat Elite. This subscription service is set to launch in late 2020 and will include two exclusive bottlings per year. The first of these exclusives will be a cask strength pre-release 70cl bottle drawn from single casks. More details on how to sign up to The Peat Elite will follow closer to launch date.

Torabhaig Legacy Series 2017 Single Malt will be available from February 2021 through various Whisky retailers for the price of £50 ($67).