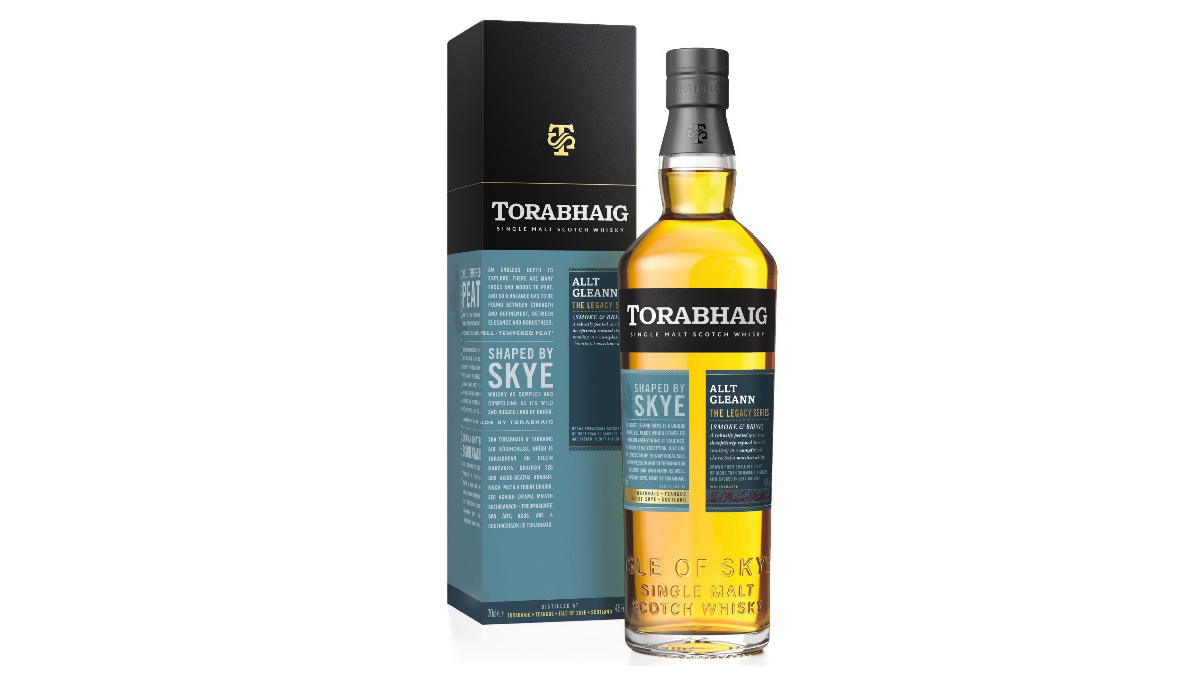 Torabhaig has unveiled its second single malt Scotch whisky, Allt Gleann – The Legacy Series. The new offering follows the release of Legacy Series 2017, which hit shelves and sold out back in February.

Named after the burn that flows down the side of the distillery in Teangue, on the Isle of Skye, Torabhaig Allt Gleann will be bottled in small batches at 46% AB and drawn from no more than 30 casks. It will be released in four separate batches throughout 2021 and 2022.

“Allt Gleann will be the second of four expressions to be released under the Torabhaig Legacy Series, each capturing a stage on the journey from inception and youth through to coming of age and full maturity,” said the brand. “These initial bottlings represent an opportunity for Torabhaig Distillery to develop its style and character, ahead of Torabhaig Single Malt Whisky 10 year old, due to be released in 2028.”

Torabhaig is the first Scotch distillery to be built on the Isle of Skye in 190 years and the second legal distillery ever to operate on the island. The team behind Torabhaig has been making whisky since January 2017, blending traditional and contemporary approaches to distilling. They use traditional wooden washbacks for fermentation and classic twin copper stills.

Torabhaig Allt Gleann – The Legacy Series will be available at specialist whisky retailers across the globe and at the visitor centre shop at The Distillery at Torabhaig on the Isle of Skye beginning July 16.

Back in December, Torabhaig announced it would be launching a member’s club called The Peat Elite. This subscription service was set to launch in late 2020 and would include two exclusive bottlings per year. The first of these exclusives is expected to be a cask strength pre-release 70cl bottle drawn from single casks. Details about the club, however, remain scarce at this point.

To find out more about the distillery, head over to the official website.